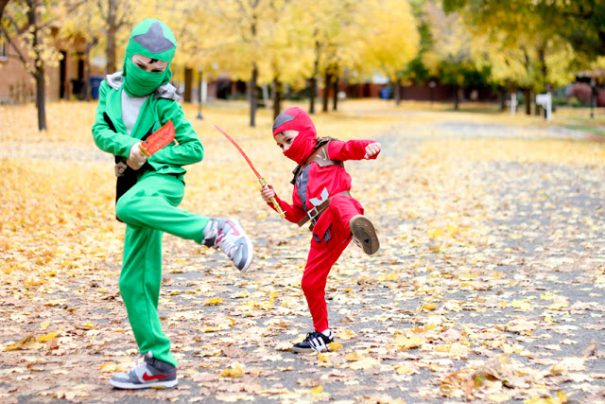 Does your super tyke insist on wearing a cape wherever he goes? While that might spell annoyance when you’re trying to get him dressed for a fancy occasion, that superhero costume might actually have some real benefits. A recent study revealed that kids who dress up in costumes work harder and concentrate more on tasks. Keep reading more to find out just how super your little hero can be.

Researchers designed an experiment to find out how to keep kids focused on work when surrounded by distractions, like technology. Using a group of four and six year olds, the study asked the kids to complete a computer task for ten minutes. They were told if they got bored, there was an iPad close by they were welcome to use.

The 180 kids were also divided into three groups. The first group was instructed to think about their feelings as they worked and ask themselves, “Am I working hard?” The second group were told to ask themselves in the third person, “Is Alice working hard?” for example, if the child’s name is Alice. The third group was asked to imagine themselves as a character they loved, like a princess or superhero and they were given costumes to dress up in as that character.

It might not come as a big shock that the kids spent only 37 percent of those ten minutes in their work task and 63 percent playing on the iPad. What is interesting, however, is that the researchers found that the kids who were dressed up in costume stayed on the work task longer than the kids in the other two groups.

It’s unclear exactly why the costumed kids worked harder, but one possible explanation was that the kids identified with the character’s traits and tried to imitate those special skills and powers, resulting in more perseverance in handling the assignment. In other words, if kids wear a costume long enough, they might start believing they can do anything they set their minds to. Not a bad result for the extra time it takes to keep that cape clean.

Do your kids love to dress up in costumes all the time? Share your thoughts on the study in the comments.