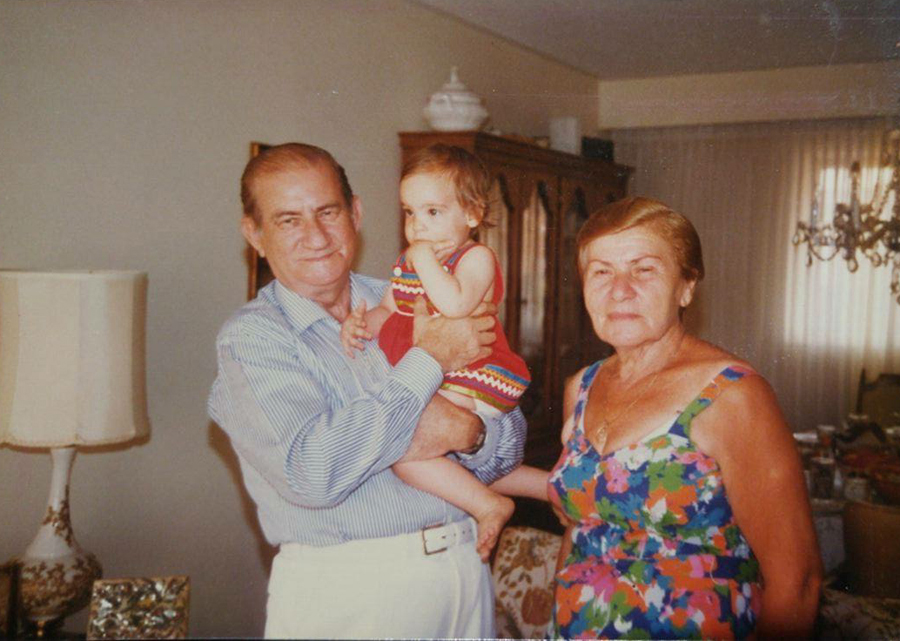 When I was a kid, my Nana Helen and Grampsy Leo would dote over me. They let me sleep over pretty much every weekend. They indulged me when I had special occasions. They were the ones I wanted when I had a problem, a secret or just needed comfort. My Nana Helen always had a bottomless pot of chicken soup on the stove and a vat of homemade applesauce in the fridge, and my grandfather would wake up at dawn to go to the bagel shop and bring home a dozen while they were still warm.

My parents were 23 and 24 when they had me. My grandparents were about 55 when I was born. They loved having me – us, all of their grandchildren – and spent a lot of time with us.

My own mother really wanted to be a grandmother. She was always asked when I would have kids, and I always tortured her with the “I’m never having kids!” line. I was a free spirit in my 20s, and I had no plans for settling down, even as I hit 30.

She passed away a few months after my 30th birthday. She was 54.

“Dad, do I look pregnant to you?” I asked, with that tell-tale smile plastered on my face when I was 3 months along with my first son. He lit up like a traffic light. But, unfortunately, he passed away at the age of 61, when my first son was only 6 weeks old.

While my parents died fairly young, one of the inevitable drawbacks of starting a family at the latter end of childbearing age is that you don’t always get to have your parents there with you. At 40, your parents are hitting their 60s and 70s – or older. They may be with you, but they’re not necessarily up for the sleepovers and big days out. They’re not up for chasing after a toddler or having a couple of little ones race around their home leaving a trail of mess wherever they roam.

What’s even more difficult, many 40-something parents who have small children are dealing with sleep exhaustion, tantrums and the energy of young children, and simultaneously dealing with parents and/or inlaws that are starting to decline in health, perhaps losing a parent, and having to deal with the stress that old age brings – health problems, financial issues, limited ability to live independently and the struggles that come with that phase of life.

Many of us are in the position of looking after both young children and elderly parents.

Our kids don’t get those grandparents that dote on them. They don’t get the sleepovers, the cuddles, the confidants and the warm, loving memories. Our ‘advanced maternal age’ has taken away the opportunity for our kids to know their grandparents the way we knew ours.

Some of us actively made the choice to put off parenting until we were good and ready. Some of us were searching for the right partner, and it took just a bit longer than we’d anticipated. Some of us decided that it was now-or-never time. Some of us struggled with fertility issues and finally got our hopes and dreams answered. For whatever reason, we had our children at the age that, at one point in time, would have been an average age to become a grandparent. We may be able to have children later in life, but it really does impact the experience.

Especially when it comes to having grandparents who are able-bodied and inclined to be involved.

And though it’s our own doing, it’s just not fair. 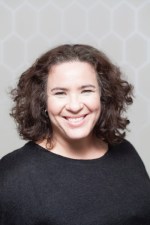 A professional editor, writer and blogger, Elisa is a mom, a wife and the co-founder of UrbanSuburbanMommy.com. When not busy investigating the most interesting angles of parenthood, she and her family can be found taking over the world, one playground at a time.
MORE FROM Elisa:
Mamas and Menopause, Getting Mama Back in the Dating Scene, Urban Suburban Daddy's Gifts for New Dads
Red Tricycle > Spoke Contributor Network > The Grandparent Situation