A Fun Slice of History: Find Out Where the Sandwich Actually Came From

It’s lunch time and your little ones want to finish building their fort or their game of Uno instead of chowing down. Solution? A sandwich! Being able to continue play while nomming on two slices of bread with anything you want in between is a recipe for yum and fun. And that’s actually the origin of the sandwich. Read on for a little slice of history. 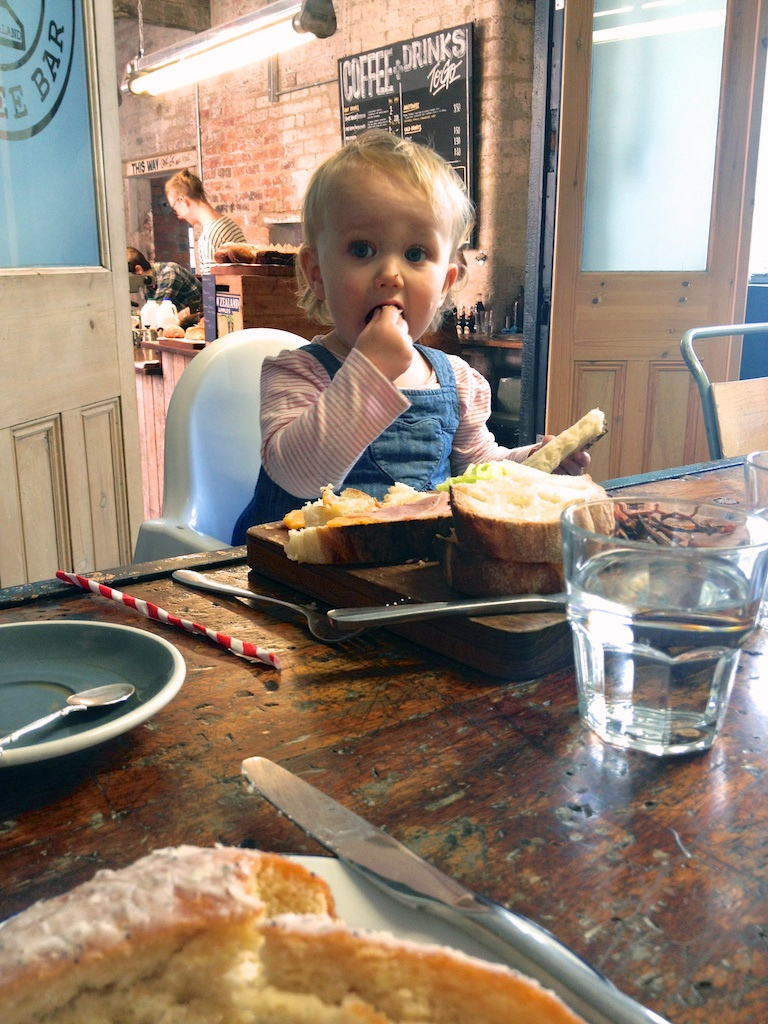 Recorded by a French writer in the late 1700’s, the story of the sandwich is only a few lines long in a book called A Tour to London:

A minister of state passed four and twenty hours at a public gaming-table, so absorpt in play, that, during the whole time, he had no subsistence but a piece of beef, between two slices of toasted bread, which he eat without ever quitting the game. This new dish grew highly in vogue, during my residence in London; it was called by the name of the minister who invented it.

The minister was John Montagu, the fourth Earl of Sandwich. Then the word “sandwich” first appeared as a recipe in a cookbook in 1773. Some people say Montgu created the sandwich so he could keep on playing cards; others say his chef was the one quick on his feet so that his employer wouldn’t starve. No one knows the truth, but we do know this: If the sandwich was named after a man who wanted to play and eat at the same time, then the sandwich could have been named after any kiddo (or parent).

But since John Montagu got to inventing the sandwich first, celebrate Sandwich Day like this: Ask your little lord or lady want they want in their sandwich (even if it’s a combo of cheese and fluff) and name it after them. Don’t forget to indulge in a family game of cards or Candyland as they enjoy their meal.

What’s in your sandwich? Share your recipe in the Comments below.

Red Tricycle > Uncategorized > A Fun Slice of History: Find Out Where the Sandwich Actually Came From