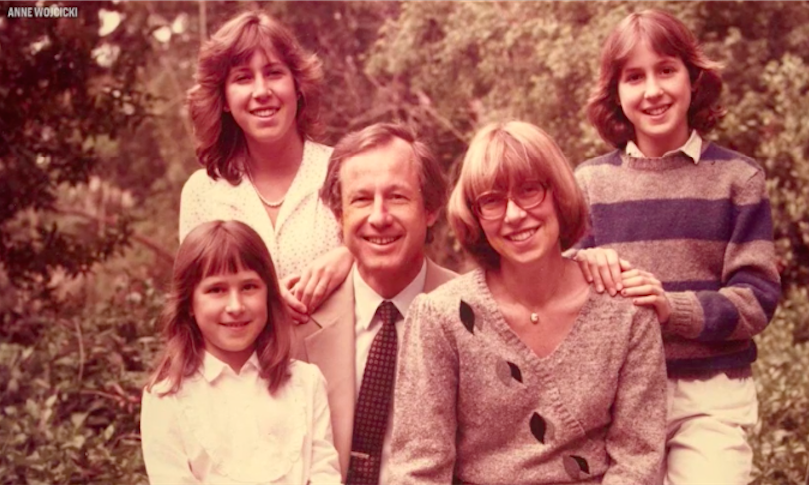 This is an adapted excerpt from “How to Raise Successful People: Simple Lessons for Radical Results,” by Esther Wojcicki published by Houghton Mifflin Harcourt, available now in hardback, and coming out in paperback August 2020.

“It’s rather strange to be a “famous” parent and have your family profiled on the cover of magazines. I certainly don’t claim all the credit for their successes, but all three have turned out to be accomplished, caring, and capable people.

My daughter Susan is the CEO of YouTube, Janet is a professor of pediatrics, and Anne is the co-founder and CEO of 23andMe. They rose to the top of ultra-competitive, male-dominated professions.

Parents constantly ask me for advice. Through my decades of experience as a mother, grandmother, and educator, I’ve identified several fundamental values that help our kids achieve success.

One of these values is kindness, and it’s one that some parents fail to teach their kids.

Teach Your Kids to Care

I grew up believing it was my duty to contribute and make our community better. I still feel that way. If everyone just sits around and talks, nothing gets done. I was always a doer.

All of this influenced my daughters, not because I lectured to them about the importance of serving the community—but because I truly cared.

I tried to show them through my actions what they could achieve. I didn’t realize at the time the profound impact it has on children’s well-being, which has been confirmed by a number of interesting studies.

The Importance of Community

Teenagers who volunteer with younger children experience both decreased negative moods and cardiovascular risk, according to a 2013 study. Another study, from 2016, found that teenagers who performed volunteer work were significantly less likely to engage in illegal behaviors and also had fewer convictions and arrests between the ages of 24 and 34.

But how many of us think about this when it comes to parenting? How many of us take up causes and show our kids, through our own behavior, how to fight for our communities? How many children feel empowered to take on the biggest challenges of our time and find a way to contribute?

It’s sad to say, but I’ve noticed more and more kids completely focused on themselves. Where they want to go to college, vacations they want to take, things they want to buy. Sometimes it feels like we’re training a nation and a world of narcissists, and I don’t think it’s a stretch to say that helicopter parenting has played a big role in this.

The American Idea Is All Wrong

Kids are growing up feeling like they’re the center of the universe. As young adults, they’re not only lacking grit and independence; they’re wholly unprepared to take on causes that could make the world a better place.

They tend to focus on money because they think it will make them happy and fulfilled. It’s the American idea: Get rich, then do nothing. Sit on a beach. Go out for an expensive dinner. Go to Las Vegas. But these kinds of pursuits turn people into narcissists and thrill addicts.

There seems to be a number of them here in Silicon Valley, people who worry about themselves before anyone else. They don’t prioritize the good of the community, they don’t fight for social causes and they aren’t pursuing a life of meaning and purpose.

As a result, they often end up isolated and depressed. I’ve met lots of unhappy millionaires and even some unhappy billionaires. A lot of them probably started out as directionless kids.

Why do you think that here in the U.S. we have an epidemic of opioid addiction, depression, and suicide? We don’t seem to have the right information about how to live well, how to take care of ourselves and others.

We’re chasing money and possessions. Not service, not purpose. If we have a purpose at all, it’s to make ourselves happy. But if there’s one thing I know, it’s this: You’re happiest—as well as most beneficial to society—when you’re doing things to help others.

Your family may have similar stories and a natural impulse to serve. You might know exactly how I felt as a college student convinced I could change the world. But what if you don’t? What if you were told to focus on personal success and don’t know where to start?

Well, I have good news: It’s not that hard. The main thing you need is the right attitude—toward yourself and your children. You can start small. Volunteer for one hour in your community. Go to a city council meeting. Research an issue that affects your neighborhood. At the very least, you can vote.

Everywhere there’s a problem to be solved, someone or some group to support and champion. It really is a way of being in the world, and when it comes to our kids, it pays to shape this perspective as early as possible.”

This is an adapted excerpt from “How to Raise Successful People: Simple Lessons for Radical Results,” by Esther Wojcicki published by Houghton Mifflin Harcourt coming out in paperback August 2020. Copyright © 2019. Used by permission.

A lifest‌yle writer whose work can be seen in Red Tricycle, Money.com, Livestrong.com and Redbook. When she’s not checking out new events, museums, and restaurants to keep her and her kids entertained, she can be found wandering around flea markets and thrift stores looking for cool vintage finds.
MORE FROM Andie: