Viral BBC Dad & Family to Get Their Own YouTube Cartoon Show 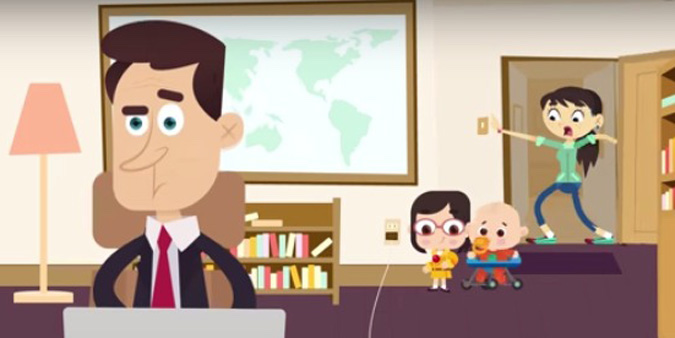 By now even your grandmother has seen the BBC interview heard around world. The clip of dad Robert Kelly being interrupted by his kids as he was interviewed live on TV nearly broke the internet, and now the hilarity has inspired a brand new animated series. Check out the first short episode below.

The Adventures of Mina and Jack was created by Lauren Martin and Jarred Mandy after they (like the rest of the universe) watched the video a thousand times. They had originally planned to use the characters, who are loosely based on the precocious kids in the viral video, for a children’s book, but instead decided to turn it into a YouTube series for children. The story follows the hijinks of Mina and her baby brother Jack as they tag along on adventures across the globe, traveling with their Dad, who works for the UN, and trailed by their out-breath-mom who is always one step behind their mischief.

The names have been changed from the real Kelly family, who star in the viral video, but they are flattered to be the inspiration. Robert Kelly even tweeted a link to the video in its praise, saying “Funny take-off of our viral video. I look suitably dorky.”

Do you think the animated series is as funny as the clip behind it? Share your thoughts in the comments.