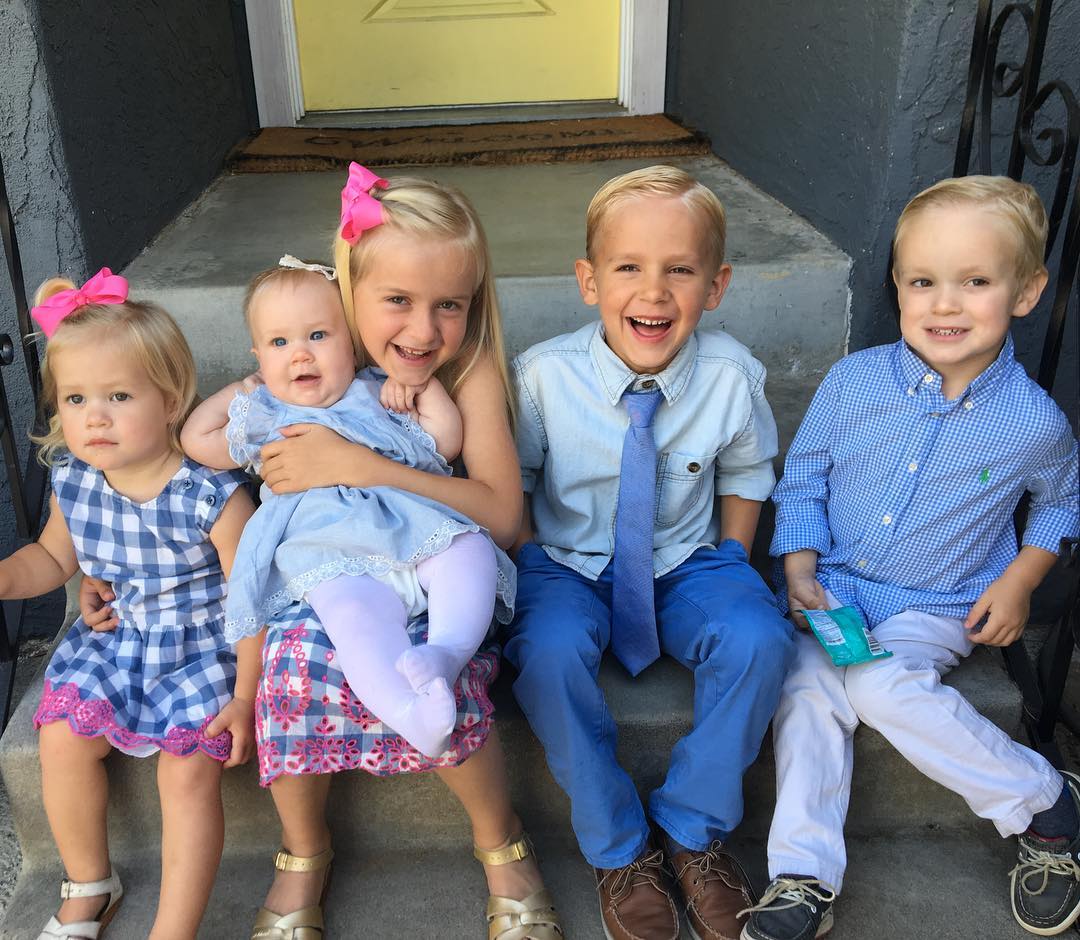 Two of my five children have been recovering from an awful stomach virus that resulted in a cancelled birthday party for a very sad six year old and a ridiculous amount of laundry. There was also the incident on Sunday when two different kids threw up during the Sacrament (communion) at church, but that probably deserves its own post. We kept thinking our two year old was better and then she’d throw up again at seemingly random times about once every 24 hours. Poor baby and poor vomit cleaner-uppers (that would be my husband and I).

This morning after I dropped two of my kids off at school we were heading to well-check visits for the 6 year old and almost 2 year old when the latter had another unexpected relapse and threw up all over her carseat while we were driving on the freeway about 10 minutes away from the pediatrician’s office. This was the third carseat barfing incident since Friday. Not to be deterred, I pressed on, stripped her in the parking garage, and headed in with her in nothing but a diaper. Once we got there, I noticed the baby also had a very messy diaper blow-out on the way. Halsey bodily functions were clearly running rampant today. The appointment went as smoothly as could be expected when you’re confined to a tiny room with a very tired infant, a toddler who keeps saying “I cared” (scared) in adorable voice, and a six year old who is absolutely terrified of shots and knows he’s about to be immunized.

When the appointment was over, we headed to the pharmacy in our pediatrician’s medical building since I had bribed the incredibly upset six year old with the promise of a treat. After an agonizingly long time waiting for him to decide what he wanted, I finally left the building pushing a diapered toddler in the stroller while she held a single serving size of Oreos and a bag of Ruffles cheddar and sour cream chips, holding a similarly naked baby in one arm, and with the six year old trailing behind eating sour skittles. We crossed the street to the parking garage and were about to cross paths with another mom and her two kids when she and I inadvertently made eye contact. I quickly looked away, wishing I could explain to her why my two babies were naked and my kids were eating a ridiculous amount of junk food. I immediately imagined how she was judging me. I’m not sure why I dared to look back her way as she got closer, but I’m so glad I did because as I caught her eye she unexpectedly flashed me a beautiful smile that relayed more understanding, sympathy, and compassion that I knew was possible from a single expression. Then with that knowing smile still glowing, she paused to stand still for a moment, brought her hand quickly to her forehead, moved it straight out in a sharp salute, and then continued on her way out of the parking garage. The mom salute!!! No words were spoken and they didn’t need to be. The salute said it all, and it was exactly what I needed to hear.

Why isn’t this something they teach you at the hospital when you give birth to your first child? Every mom needs to know the value of this simple act. When you see another mom struggling with a whiny, wriggling toddler in the grocery store; when you see her cleaning out pooped underwear in a public restroom; when you hear the lamblike piercing cry of a newborn that refuses to be soothed in the aisles of Target; when you see a stressed out mother at the park trying to break up a sibling fight for what is most likely the 876th time that day, I have one recommendation: the mom salute. Try it; I guarantee it will make her day. It certainly made mine. 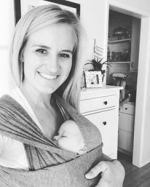 ABOUT THE WRITER Ashley Halsey
The Mom Salute

Hi! I'm Ashley, a stay at home mother to five who is convinced that moms need each other's support. I started my blog, The Mom Salute, as a place where I could share my thoughts on motherhood and recognize everyday moms not for doing it all, but for all they do.
MORE FROM Ashley:
Having it all Together, 10 Parenting Lessons I Learned from my Husband, Let them be Little (and not just when it's cute)
Red Tricycle > Spoke Contributor Network > The Mom Salute