The New Barbie Doll Your Kids Will Flip For

Barbie has held many esteemed careers in her nearly 60 years as an iconic toy and now she can add one more awesome gig to her resume. The new Robotics Engineer Barbie aims to inspire girls to explore STEM fields and get them thinking about their own future career paths.

This isn’t Barbie’s first time exploring a STEM career. In the past she has been everything from a computer engineer to an astronaut. This latest Barbie is unique, however, in that her release is a collaboration between Mattel and online gaming site Tynker. In addition to creative role playing with a Barbie, girls can take their experience online with six new Barbie-themed games that teach kids how to code. 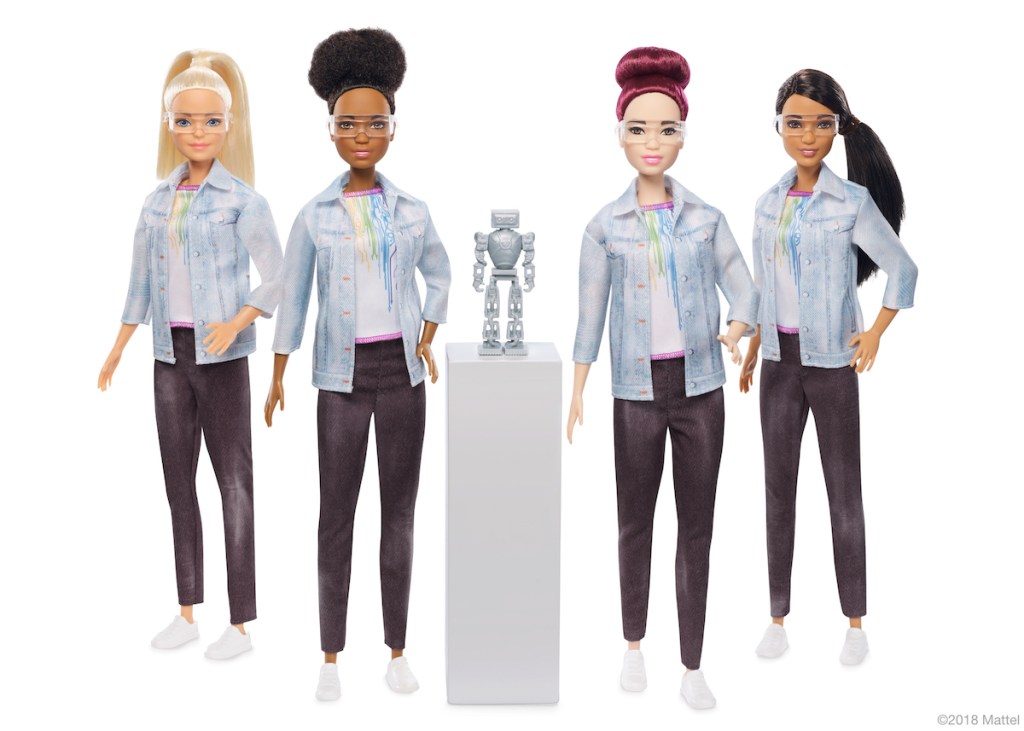 “For almost 60 years, Barbie has exposed girls to roles where women are underrepresented to show them that they can be anything,” said Lisa McKnight, General Manager and Senior Vice President, Barbie. “By playing with Robotics Engineer Barbie on and offline, we are giving girls a new platform for play in their imaginary world and teaching them important skills for their real world.”

In addition to the first six coding lessons, Tynker plans to role out seven more throughout the year. Barbie has also partnered up with Black Girls CODE to help offer robotics workshops for young future engineers. Mattel will also be releasing a coding e-book for kids titled Code Camp for Barbie and Friends.

In keeping with Barbie’s new all shapes and sizes look, the Robotics Engineer Barbie comes in four different skin tones and hairstyles. All four are available now for $13.99 on Amazon and Barbie.com.

Barbie Has a Last Name—& It’s Not Doll

Here’s Where to Get This New Barbie-Themed Makeup Collection