The Nightmare That Was My Friday 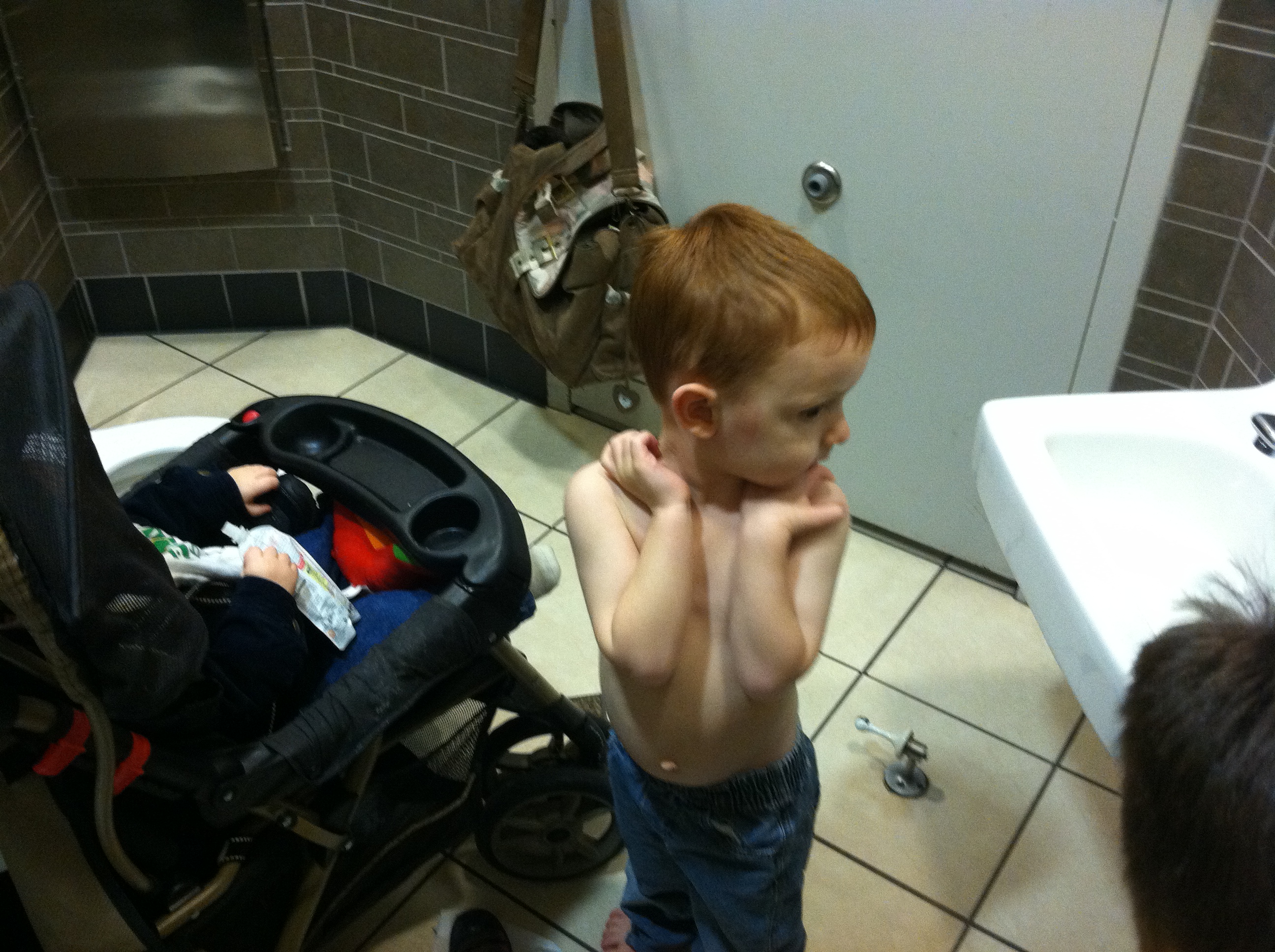 As I squatted on the closet sized family bathroom at the mall, staring at my middle son’s body covered in poo, with my baby in a stroller screaming his head off, and my five year old inquiring when we can get out, I thought- “You know, this would be a REALLY funny story if it weren’t actually the life I live everyday.” So a few days prior, our computer starting clicking, that’s not good. Somebody came up with the un-brilliant idea for me to take the boys to the Mac store after picking my oldest up from school to get the computer looked at. I un-brilliantly agreed to this plan.

Over 20 minutes after our scheduled noon appointment, they still have not even looked at our computer (the place is a madhouse), and I glance over at Ian who is holding his behind. I inform an employee that we have a bathroom issue and will have to come right back. I drag my entourage out of the store, where in the bathroom I see that Ian also has poop on his shoe.

That’s quite unusual since the underwear usually contains any accidents he has. Then to my horror I peek inside his pants. The child did. not. put. on. the. underwear. I had laid out for him to wear. It was absolutely awful. Somehow I ended up clogging a sink AND a toilet in the whole cleanup process, and it was a very long process.

THANK GOD I had an extra pair of jeans for him in my bag that I had put in there a long time ago, otherwise it would have really been a sight to see as we walked out.  Ian’s shirt was still a little smelly though, so he left the bathroom with only a puffy coat on top and a soaking wet shoe on his left foot.  The boys and I all took turns in the bathroom having meltdowns, but we made it out alive.

I was planning on saying screw it and just heading home, but as we were walking past the Mac store, somehow I became brave again and marched the kids right back in. A super friendly employee (they all are in there, it’s pretty weird, but refreshing) said he was glad we came back, asked if we were all right, yeah yeah, we’re fine. He seemed more concerned than what would be expected for just a trip to the bathroom, so when he emphasized again that the important thing was that the little guy was okay, I gave him a little more detail about how he doesn’t know when he has to go, blah blah blah.

And he started talking about his nephew, and how he can’t believe how much can come out of the little people sometimes. Cause it was a lot, he said. I just stared at him. And he said, Yeah.. there was kind of a little trail. I really wanted to die at that moment. I almost got teary-eyed. What could i do but say i’m so sorry. I thought I had lost all dignity in giving birth to my children, but I realized then that it would happen many more times in my life in many different situations.

My kid’s poop left a trail on their floor that somebody had to clean up! I know for sure that if I had known that, there is no way in H-E double hockey sticks that I would have gone back in. Oh my goodness.

So finally, computer gets looked at, it’s toast. Didn’t have all photos backed up to date, so we’ll have to have a specialist look at it to get that info recovered. And we had to buy a new computer.

What did you do on Friday? 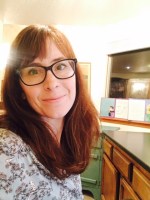 ABOUT THE WRITER Michele Ewer
That Particular Time

I'm a native Portlander who hates the rain and longs for sunshine. I love yoga and sleep. I have the priviledge of being the mom to three of the most handsome, witty, and unique boys on the planet. I only occasionally want to strangle them. They are my everything.
Red Tricycle > Spoke Contributor Network > The Nightmare That Was My Friday