The Office’s Lindsey Broad Chats with Us on Motherhood

We’re interviewing Power Parents who in our opinion, are killing it. From the board room to the changing room, these moms are filling us in on everyday life of how they juggle it all.

Today we’re interviewing Lindsey Broad – actress, funny woman, and now boy mom to two adorable towheaded boys. You might recognize her as the most hated women on The Office as Cathy Simms or the cute bartender in In The Dark. When she’s not on your TV she plays the leading role of mom to her two boys. 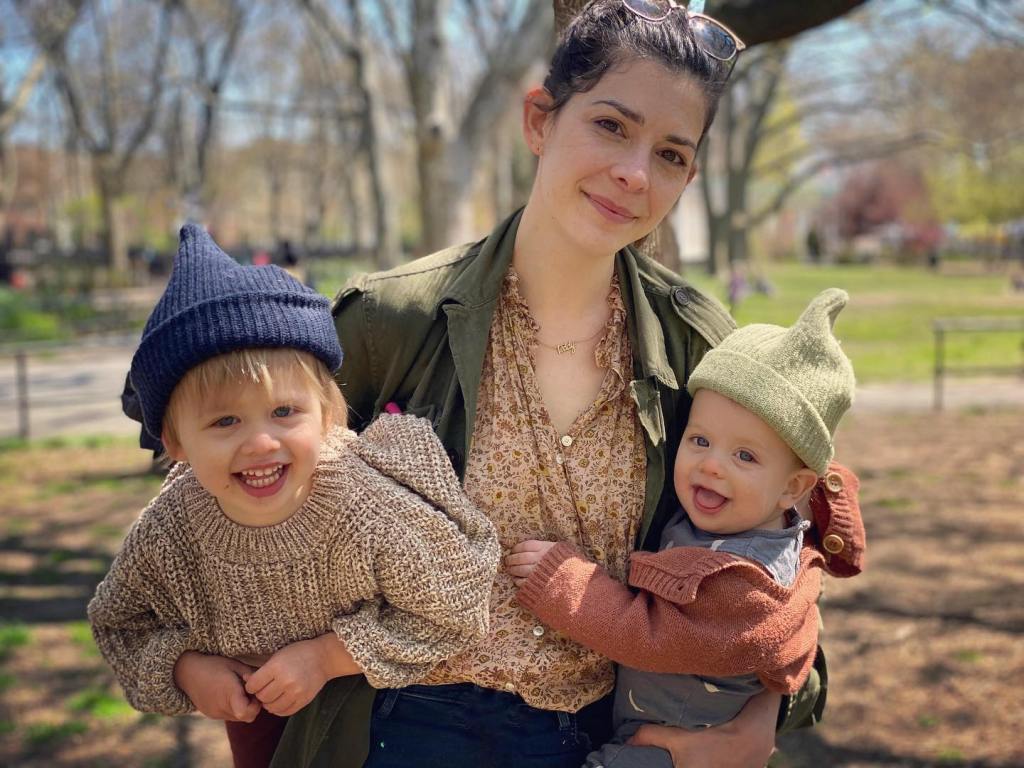 We all know you from your roll on The Office as Cathy Simms but scrolling your IG today it looks like you’re in full-on mom mode.

What is life like for you these days?
Life is intense, to say the least. After months of being quarantined in a New York City apartment with a highly active baby and lonely toddler (no extended family with large country homes over here), we impulse-purchased a house outside of the city. The house needs a lot of work and moving with kids is INTENSE. I’m hoping to be unpacked by the time my youngest is in kindergarten. Not to mention, production is starting again (phew!), which means that I both have to travel/quarantine for work and tape auditions in my basement at midnight. 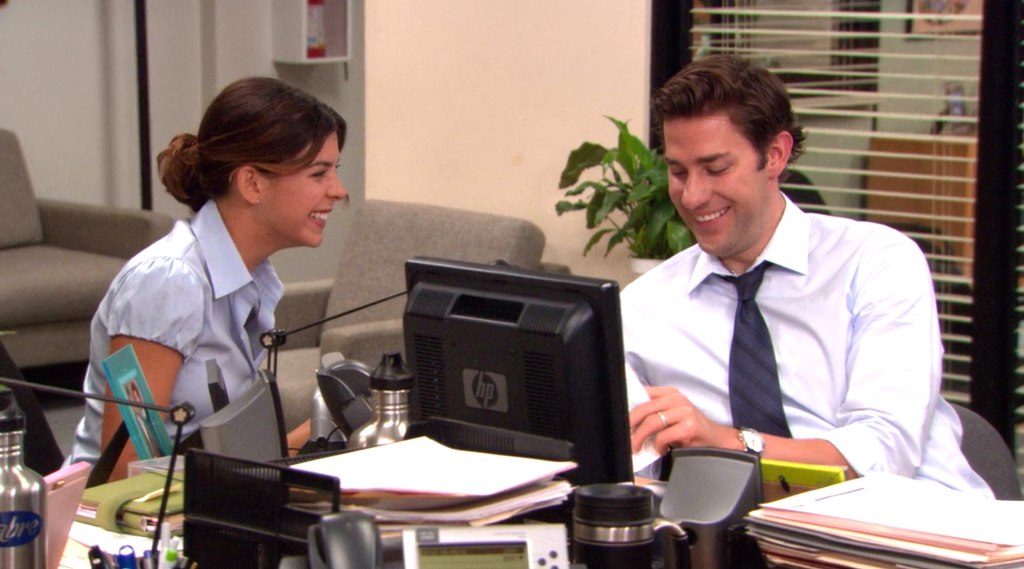 What was it like being on The Office?
Wild! Amazing! Intimidating! I was a huge fan of the show and it was very very surreal to be on that set. Everyone was very kind and smart and funny and I am very happy to have been a small part of something so iconic. Also, I was the newest person, which meant I was the first person in the makeup trailer every morning, and my “desk” was in the background of the “talking heads,” which meant I had to stay while they taped those at the end of the day. So, long days! Glad I did it before I had little ones.

You played Pam’s replacement on maternity leave that Pam swore was the ‘Apple of Jim’s eye’ what was the role like?
In retrospect, she was what we now call “basic.”

Are you still the most hated person on TV?
No, because thankfully Donald Trump gets a lot of airtime. 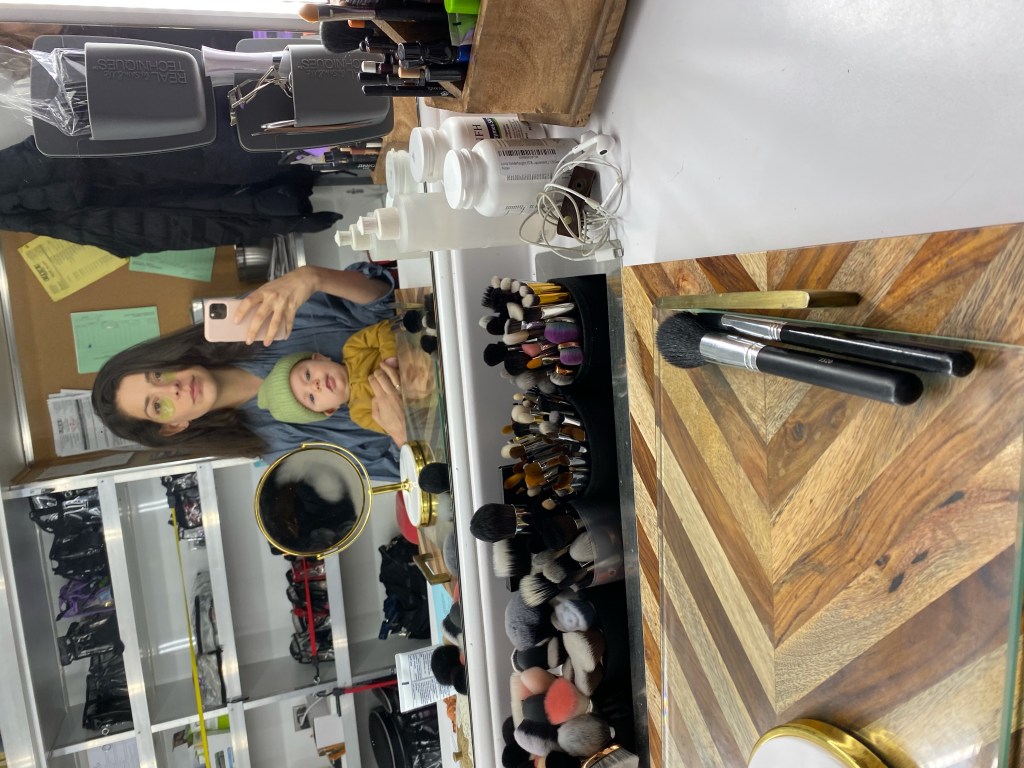 How has being a mom changed your career?

In a ton of ways. I had a hard time balancing after my eldest was born because I felt such an identity shift and it took a little time to recalibrate. It makes it much more of a job: I shot a show in Canada the last couple of years, and I was always prioritizing getting in and out as quickly as possible. It often meant little sleep and maybe a little less focus.

We saw you took your youngest son Harry onset of “In The Dark” when he was super young. What was that like?
BONKERS. He was 4 weeks old when I started and film hours are insane – constantly changing call times and LONG days. He wouldn’t sleep at all in the hotel (he was sleeping in a Snoo at home), so I would just basically stay up all night, nursing constantly, trying my best not to pass out with him in the cushy hotel bed, and then roll into work with a baby-sitter who would meet me at my hotel in the wee hours of the morning. Thank heavens for concealer! It turned out my milk had excess lipase, so everything I pumped in the first month was trash and I just had the sitter bring him to me to nurse between takes. It was wild, to say the least. Full adrenaline mode.

You’ve been in Gossip Girl, 21 Jump Street – Which character did you identify with the most?

I played Karen on an IFC/Netflix series called Benders and she was a super smart and cool mom and it was a really weird and specific show that I thought nicely captured marriage. Chelsea on In the Dark was written for me, and I think she sounds a lot like me and I really identify with her vulnerability.

You are two super cute boys. What’s your favorite thing about being a mom?

I love sharing the things I enjoy with my kids. I’m super hands-on and basically love every single aspect of it, aside from feeding my picky 3.5 year old! 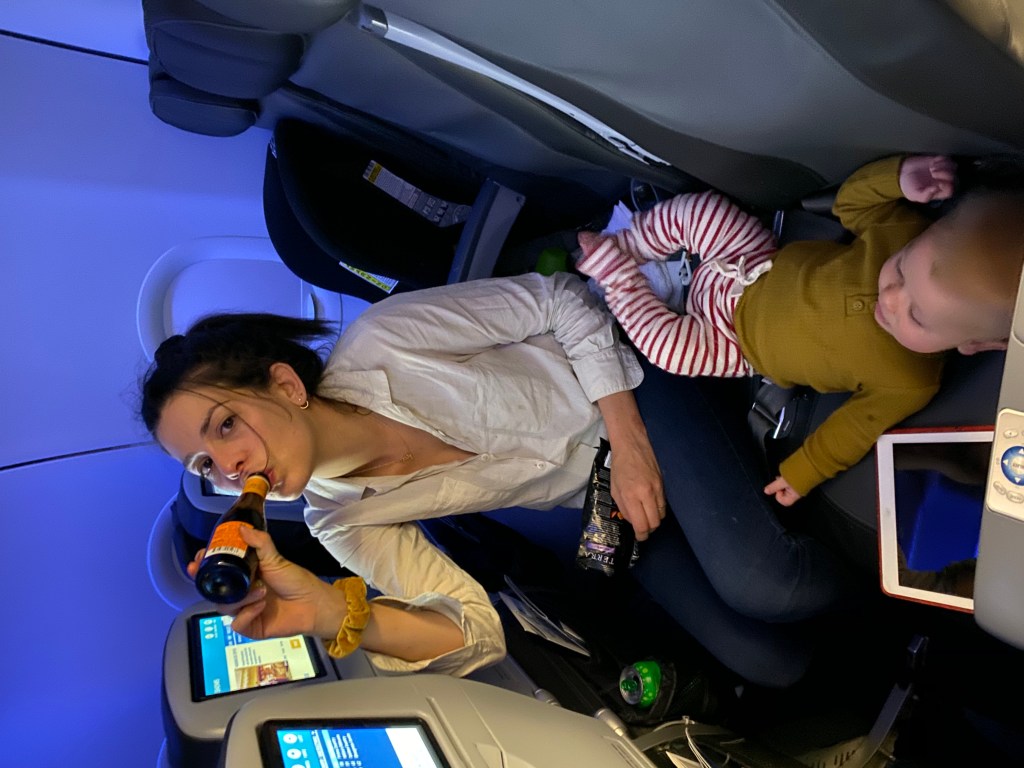 What’s the one parenting product you couldn’t survive without?

I want to preface this by saying that these are both bougie luxury items, but the cost-per-use made them so totally worth it. 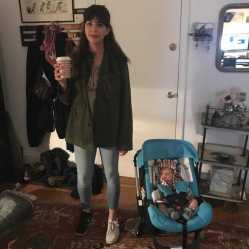 Allows you to move from car seat to stroller in seconds.

For my eldest, it was the Doona carseat/stroller. I used it everywhere: planes, cabs, restaurants, the subway. It’s tiny and fits great at a restaurant table, it was so easy at the airport, and I never got stuck in an Uber without a carseat. 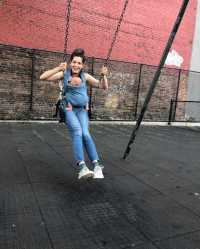 The chicest baby carrier on the street.

For my second, it was the Artipoppe carrier. So nice and soft and comfortable! I used it from the day I brought Harry home from the hospital and nursed in it all day long for months - just stuck my boob in his mouth and went about my day. Plus, it made me feel cute!