The Other Parent: Second Parent Adoption 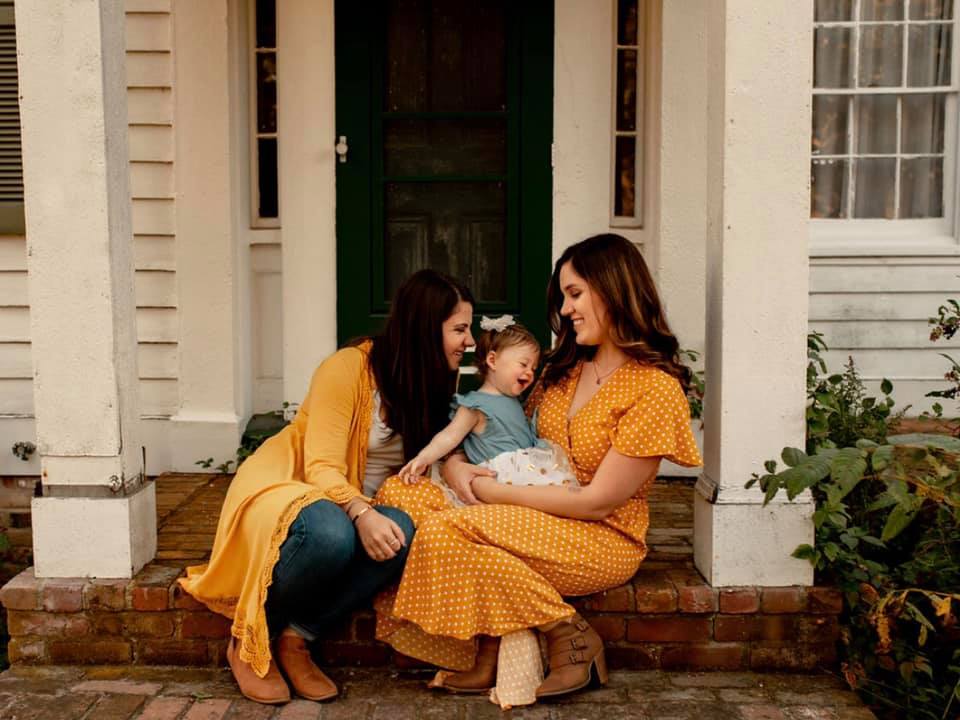 I’ve never wanted to be pregnant. The thought of essentially carrying an alien inside of me is the type of thing that could put me right into a padded cell. I truly mean that. I’m not sure if it’s because I don’t feel feminine enough or that I can’t stand the idea of people touching my stomach, but something about it weirds me out. I digress. I’m glad we got that out of the way.

I could talk about my clinical aversion to pregnancy all day, but that’s not why I’m here. I’m here to talk about Second Parent Adoption and the mental toll it takes. I suffer from something called “homosexuality.” When two people of the same sex fall in love, they make gay people. I lucked out in my queer journey in finding an incredible wife who loves me. I also lucked out that my wife really wanted to be pregnant. While there are lots of ways to have a baby, the easiest way is to have a participant who’s willing to get pregnant. In 2018, we were ready. After purchasing about $7,000,000 worth of sperm (exact number not confirmed) and 4 IUI’s, we were pregnant. I learned a lot during that time: How to link a monitor to my cellphone without crying, the feeling of actual fear, and how critically important it would be for me to pursue Second Parent Adoption.

For those who are unfamiliar, let me explain: There are places in our country that don’t view me as my daughter’s legal parent because I didn’t carry her. From a legal standpoint, my name is on her birth certificate and I am legally married to my wife. From an emotional standpoint, she’s my freakin’ kid. Because same-sex marriage is ubiquitously legal in the United States, people forget how complicated things get when kids come into the picture. Here’s how it works: If we were traveling somewhere that didn’t view me as my daughter’s legal parent and something happened to my wife or daughter, I wouldn’t have decision-making power for my daughter. Meaning, if my wife were incapacitated for whatever reason, I wouldn’t be able to make medical decisions for my own kid. If my wife, god forbid, died, my daughter would be placed with my in-laws (who would give her right back to me…so, you know, suck on that).

This issue lives on the periphery of society. It’s most often met with thoughts and prayers ::shudder:: and not any actual help. It’s a lot of “That’s terrible!” “Oh, That’s not fair!” and my favorite, “I’m here for you.” Even my lawyer friends have zero knowledge on the ins and outs of where these legal lines begin and end. It’s infuriating. There is currently only one way to combat these worst-case scenarios: Enter, Second Parent Adoption.

Second Parent Adoption is exactly what it sounds like, I’m the other parent and I’m adopting my own kid. You know, there’s really no greater kick in the balls than signing paperwork to have legal ties to someone you would literally die for. To have my position as a mom questioned has taken a part of my spirit that I’ll never get back.

It’s an indescribably bad feeling that I’ve attempted to put into words on social media a few times. It’s never gone well because social media is a notoriously kind place. Recently, I got into an argument with a very well-educated straight woman who told me that she couldn’t understand what the big deal was and that all stepparents have to legally adopt their spouses’ kids. It knocked the guts out of me. This chick, who I’ve never met, viewed me as a stepparent. Now, there’s nothing wrong with being a stepparent. In fact, all parents who fully take on their spouses’ children should have parades thrown in their honor. That’s not what I am, though. Not even close. Stepparents come into the picture along the way, I’ve been on this train since it left the station. I was there for every injection, every checkup. I cried when we thought my wife had a blighted ovum and I cried even harder when we saw my sweet little girl’s wild heartbeat. I stood at the end of the hospital bed and held my wife’s leg to help push. I saw and held my daughter first. I live in a perpetual state of worry over potential bullies saying anything remotely mean to my baby and envision myself reaming them. I watch my daughter’s chest go up and down at night to make sure she’s sleeping as soundly as she deserves to be. I am not a stepparent. I am a mommy; I am Lillie’s mommy.

The Second Parent Adoption process is clinical and yucky. We’re currently in a place where we’re awaiting a court date. Paperwork is filed, no update. It’s been months. Once a week, I send an email asking for an update—No update, waiting on a date. Prior to this holding pattern, I had to get a physical exam, pay filing fees, and obtain a slew of documents that no human should ever have to keep track of. Our lawyer is a nice enough woman who doesn’t understand the emotional magnitude of the process. To her, we’re just another filed case that’s she’s waiting to close out in her books. It’s better that way. To have another person with an opinion weigh-in would be too much to handle. This process has made me question my validity as a parent and as a human. Learning that my parental status is completely optional to our legal system is a bag of emotions that I’ll be lugging around for the rest of my life.

There are 1 Million–9 Million (actual Googled statistic…we should probably work on closing the gap between those two numbers, yeah?) children being raised by a queer parent in the United States. I’m no mathematician, but that sounds like a lot of people who might be in the same boat. Let’s tie our boats together and storm the bastille. In the meantime, I’ll keep sending my weekly email, pummeling imaginary bullies, and fighting with people on the internet.

Jess Ader-Ferretti is the creator and host of the growingly popoular web series, Shit Moms Won't Say. Jess is a born and rasied New Yorker who lives with her wife, Katie and their daughter, Lillie. Tune into Shit Moms Won't Say every Monday at 8PM EST on YouTube.
MORE FROM Jess Ader-Ferretti:
Instagram, YouTube, Facebook
Red Tricycle > Parenting > Baby Help > The Other Parent: Second Parent Adoption