The Parental Code of Honor 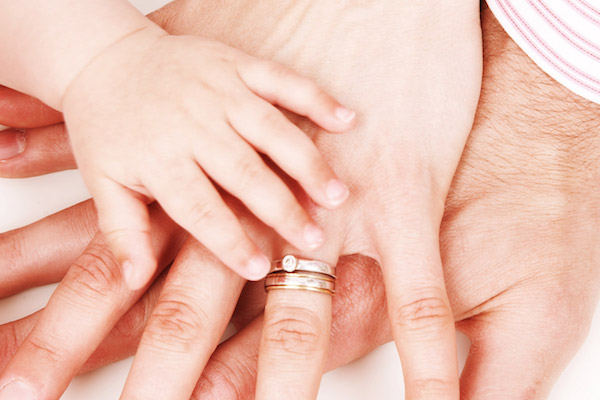 Have you ever heard of “The Honor Code?” It’s something usually found in academic settings or universities and is a set of rules or principles created to govern the behavior of the members within that community. A posted honor code might read something like this:

“On my honor, I have neither given nor received unauthorized aid in completing this assignment.”

The expectation is that all members of the community will use The Honor Code as they work together to complete their assignments, whatever those might be.

So, what does The Honor Code have to do with parenting? Plenty!

Today’s parents oftentimes feel as though they’re supposed to “complete their assignment” (a.k.a., raise their children) without any help from others. They’re supposed to do this parenting thing all on their own. Because, they do have access to ALL THE INFORMATION (thanks Google) – no matter if that information is good, bad or otherwise not evidence-based. Today’s parents only have to make about a million different decisions about the “best” way to parent, and this will then prove to everyone just how smart, strong and capable they are in their new role.

This is a mistake.

Parenting is really hard and beyond acknowledging that fact, new parents should be encouraged to seek out as much aid as possible in completing this parenting assignment. But that’s just it. There are two parts to The Honor Code: it’s not just about receiving aid, there’s also the part about giving aid. And it seems to me like a lot of people forget that part – especially when it comes to parenting.

New parents are constantly subjected to others opinions and advice about the best way to: feed, diaper, bathe, discipline, play with, love, and basically raise their children to be responsible and contributing adults. But all too often the opinions and advice they’re given ends up being completely unauthorized.

Any “helpful” suggestions, if unsolicited, are probably falling on deaf ears. When information is shared in this way, it usually comes from someone who’s made a different decision than you about the “best” way to feed, diaper, bathe, discipline, etc. Why do they do it? It’s such a contradiction. Most people can’t stand it when someone tries to give them unsolicited advice on how to parent, so why do they think that others will appreciate it?

It might have something to do with everyone being so scared all the time that they’re screwing it up. That they’re not doing this parenting thing “right.” So when they offer up suggestions without being asked to do so, they’re not so interested in helping you become a better parent as much as they’re interested in making themselves feel better about their own parenting decisions. It makes them feel better – or at least more convicted – if they’re busy defending their own decisions. Even when that might mean telling others exactly how they’re doing it “wrong.”

Parenting is a giant pit of vulnerability and while most new parents want and need lots of help, NO ONE wants the unauthorized kind.

New parents want to have a say about what kind, when, where, and from whom this help should come from. As long as this aid is authorized, then it’s a good thing to be on the receiving end of it.

I do a little “lurking” on a social media parenting site. I rarely post anything, it’s just important for me to know what new parents are discussing online. But, most of the time, I feel sad about how unsupportive this whole “community” feels to me. It’s like everyone has forgotten “The Code of Honor.”

They don’t know how to ask the people they actually know, love, and respect for the aid they need – so they post their requests online. And apparently those who are responding have forgotten what it means to provide aid and are instead on the lookout and ready to attack insecure and vulnerable parents by defending their own parenting choices as superior.

So, I’ve created something for all of you would-be parents, new parents and experienced parents. I’m calling it “The Parental Code of Honor.” Read it, share it with others, commit it to memory and refer back to it whenever the itch to break The Code grabs you.

The Parental Code of Honor:

”On my honor, I pledge to support my fellow parents-in-arms as they try their personal best to complete this parenting assignment. I recognize they might choose to parent differently from me, but unless their choices are causing serious harm to themselves or their children, I pledge not to point this out to them (repeatedly).

I will only offer advice if I am asked specifically to do so, and then after offering said advice, I will add these or similar words, ‘This is just what’s worked for me, but I’m not an expert. What works for one family might not work for another.’

I will also do my best to seek out aid and support in this parenting endeavor from people that I know personally – people whom I respect as parents, and human beings.

I pledge to use critical thinking skills whenever I receive advice, in order to make my own decision as to whether or not I will adopt these new parenting strategies.

I also pledge to uphold The Parental Code of Honor all my days and will not forget how challenging it was when my own children were small. I will refrain from saying things like, ‘My baby slept through the night at 4 weeks,’ or ‘Isn’t parenting a newborn the most wonderful time of your life?’ or anything else that would make the parent standing in front of me feel as though they’re doing anything less than a fantastic job.

Lastly, if anyone sees me flagrantly disregarding The Parental Code of Honor, I will expect them to gently follow-up with a response that is more appropriate and positive thereby modeling how to both give and receive aid in this assignment.”

I’m not sure if my draft of The Parental Code of Honor will make any real difference. After all, an Honor Code is only as good as the community of members who pledge among themselves to uphold it.

But, I can’t help thinking it’s worth a shot. 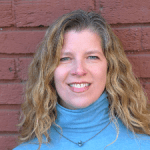 Barb Buckner Suarez is a Health Educator living in Portland, Oregon with her husband Roberto and their four kids. Over the years, she's had the honor of helping thousands of couples prepare for the journey of a lifetime: parenting. You can read all about it on her blog, Birth Happens at www.birthhappens.com
MORE FROM Barb:
Birth Happens, The Parental Code of Honor
Red Tricycle > Spoke Contributor Network > The Parental Code of Honor