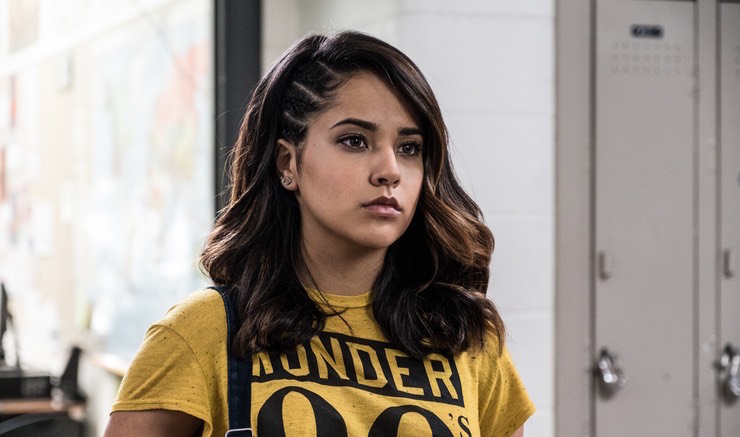 While the new Power Rangers movie might have you feeling a little nostalgic for the 90s, this is not the same silly, cheese-fest of your youth. Okay, so there’s no guarantee it won’t still be a little corny, but what you might not have counted on is for this reboot to actually be groundbreaking by featuring the big screen’s first LGBT superhero. Read on to find out the story behind what’s sure to be an inspirational character.

While many of the world’s most famous superheroes, like Wonder Woman and Catwoman have been gay in the comic books they originate from, they have always been portrayed as heterosexual in the film and television versions. The Yellow Ranger, or Trini, played by actress Becky G, is the first openly gay superhero to hit the big screen. Director Dean Israelite told The Hollywood Reporter that the teen character is still coming to terms with what it all means to her as it’s revealed on screen that “her boyfriend troubles,” are in fact “girlfriend troubles.” Many tweens and teens struggling with their own feelings on coming out as LGBT will relate.

Israelite explains that although the reveal is just a small moment on screen, it is a pivotal part of the bigger storyline. “For Trini, really she’s questioning a lot about who she is,” Israelite tells The Hollywood Reporter. “She hasn’t fully figured it out yet. I think what’s great about that scene and what that scene propels for the rest of the movie is, ‘That’s OK.’ The movie is saying, ‘That’s OK,’ and all of the kids have to own who they are and find their tribe.”

Are you going to see the new Power Rangers movie? Share your thoughts on this groundbreaking character in the comments!