For everyone who loves the cult-classic movie The Princess Bride, we’ve got better news than finding out Westley isn’t dead, but is actually the Dread Pirate Roberts. Ravensburger has announced its next game based on a classic film, following behind earlier 2020 releases such as Disney Hocus Pocus: The Game and Back to the Future: Dice Through Time. Curious to learn more about traveling back to all the unforgettable spots from the 1987 flick and working as a team to beat the game? Keep reading to find out more. 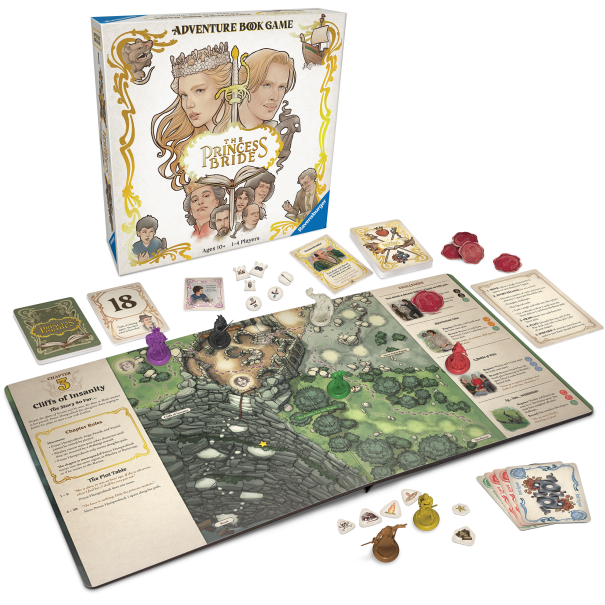 Climb the Cliffs of Insanity, brave the Fire Swamp and battle the Shrieking Eels to keep the plot on course and make it through all six chapters of the “game” amidst interruptions from a sick grandson and villains Vizzini, Count Rugen and Prince Humperdinck. Players work together to complete challenges by moving the colorful playing pieces (designed after all the heroes from the movie) and discarding the story cards in their hands. If players complete all the chapters in the “book,” the game is over, and true “wuv” prevails. 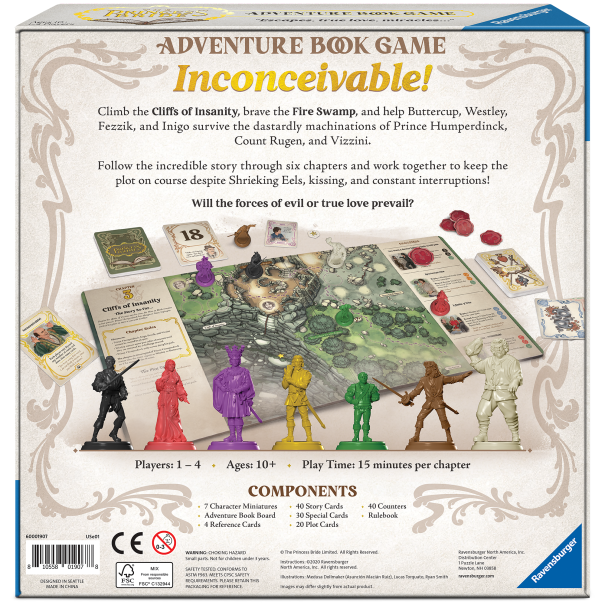 Best for ages 10 & up, The Princess Bride Adventure Book Game ($24.99) will be available at Target stores nationwide starting on October 4th.

Travel “Back to the Future” with This New Game from Ravensburger