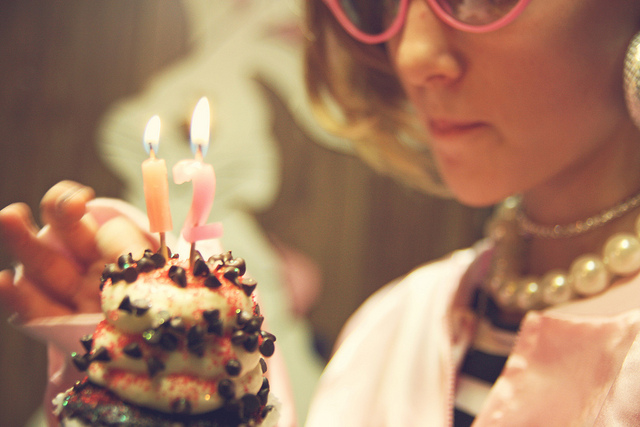 I cleaned out the basement because we’re getting ready to remodel the space and finally put all of the kids’ endless piles of crappity-crap underground. I’m really excited about the renovation, and it’s not just because of the below-sea level relocation of said crappity-crap. It’s also because in addition to the extra family room and home office, I’m going to get a proper laundry room and storage area out of the makeover, which, let’s face it, is exactly the kind of improvement project a mom of ten plus years needs and wants.

While sorting through plastic bins filled with Christmas decorations, Halloween costumes, and birthday supplies, I stumbled upon a candle in the shape of the number seven. I bought it for Riley’s birthday party last year, but I ended up using classic, vertical candles instead. Riley’s going to be eight in a few months, which means I missed the chance to use the seven. 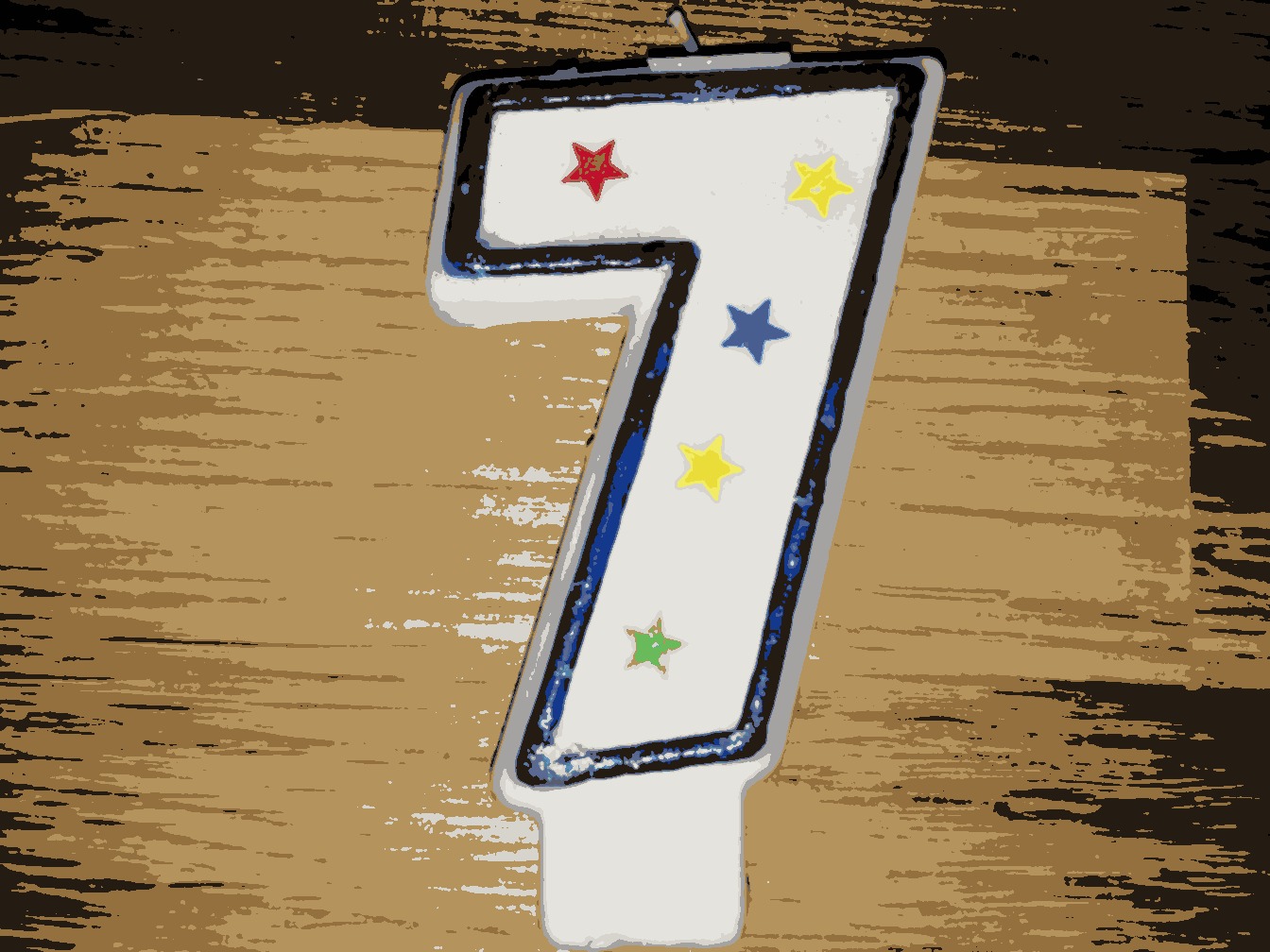 It gave me pause. I felt something.

It wasn’t that the seven was a big investment or that I forgot Riley’s 7th birthday (or Dylan’s a few years earlier). Hardly. Despite my pre-parenthood beliefs in small birthday celebrations (and limited screen time among other things), we’d done birthdays (and screen time among other things) big – huge! – year after year. Maybe it was that my kids’ seventh birthdays had come and gone.

I’m not nostalgic by nature. I tend to look ahead instead of back. Of course, I missed my squishy boys when they were little, but I didn’t yearn to go back in time to sleep deprivation, poop explosions, and mommy & me classes. Still, with the kids on the edge of adolescence and me on the brink of middle age, I wasn’t exactly pining for the future either.

I could’ve saved the candle for the kids’ 17th (gulp) birthdays or Gertie’s 7th birthday, Mike’s 47th birthday, my 47th birthday, our 17th wedding anniversary, or my parents’ 70th birthdays, which were mere days and weeks away, but I put it in the donation pile instead.

I didn’t want to plan anything beyond the snowy morning I spent in my suburban New Jersey basement in pajamas sorting through holiday paraphernalia, listening to my kids play with (and fight about) Legos, daydreaming about the domestic satisfaction of a front loading washing machine, and reflecting on a candle in the shape of the number seven. 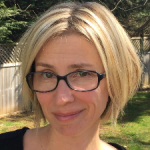 ABOUT THE WRITER Jen Gregory
The Runaway Mama

Jen Gregory is the writer behind the blog, The Runaway Mama. She wouldn’t want to be anywhere else except home raising her boys, but like the little bunny in Margaret Wise Brown’s classic book, she sometimes wants to run away. Follow her at The Runaway Mama and on Facebook and Twitter.
MORE FROM Jen:
How Big Is Your Fear?, The Stupid Jar, Th Best Decision Moms Can Make
Red Tricycle > Spoke Contributor Network > The Reason I Don’t Like To Plan Ahead