The Reasons I Wanted to STOP Breastfeeding

Editor’s Note: Here at Red Tricycle, we respect and celebrate every mom’s feeding journey. Bottle? Boob? It doesn’t matter—we believe fed is best. Our Spoke Contributor Network is inclusive and open to all parenting journeys—yours, too!

For me, breastfeeding was one of the hardest challenges of the postpartum period. The first week in I had no idea if I’d be able to make it to my goal of three months.

You see, it turned out that for 12 solid weeks, my son had an undiagnosed tongue and lip tie. Yep, he had both. Well, why didn’t I seek help? Oh don’t worry, I did. I saw my pediatrician along with a lactation consultant for two weeks within my insurance network. Per their advice, everything was great and this was just a ‘learning curve’ of being a new mom.

Had I known anything about lip or tongue ties, I would have mentioned it. Sadly, I’d never even heard of it before. For 12 straight weeks, we went on struggling to latch every single day for every single feeding. He’d clamp down so hard on my breasts at times they even started to bruise.

I remember my breaking point vividly—I was cradling my son, desperately trying to get him to latch as tears pour down my cheek—I looked over to my husband and told him I didn’t think I could do this anymore. I failed. Our son hated me.

Before giving up, we decided to run one last option. I had been talking to another mom friend of mine that told me her daughter had difficulties latching due to having a lip tie. She told me that she had to use a lactation consultant outside of her network as nobody was able to diagnose the issue. So I decided to contact these lactation consultants and make an appointment.

If you can’t tell, I’m pretty stubborn when it comes to giving in. Not because I think formula feeding is bad, in fact, our son has had plenty of formula early on during these issues.

He also had nothing but formula when he was born. We didn’t necessarily have a traumatic birth, but it wasn’t very straightforward either. He ended up aspirating some meconium when he was born and ended up being taken straight to the NICU after birth so that they could monitor his breathing. On top of that, he had some slightly abnormal lab work that they needed to closely monitor. As I never got to have any skin to skin after birth or even hold him until the next day, it was that much more important to me that I be able to breastfeed him. Even if it meant it was only for three months.

Finally, the day came for our appointment with the new lactation consultant. And what do you know, he was diagnosed with BOTH a lip and tongue tie. How in the world both our pediatrician and other lactation consultant didn’t catch this for 12 weeks was beyond me. I spent 12 weeks in so much pain, nipple cream was actually painful to apply. 12 weeks of feeling like I failed. 12 weeks of wondering why he didn’t want my milk. 12 weeks of finally accepting defeat.

Now that we had a diagnosis, we had his ties repaired via laser. The repair and recovery were also brutal. You have to do these stretches to make sure the repair site doesn’t heal back the way it was before. Trying to hold a baby still while gently applying pressure to a minor surgical site it no fun. It was painful for him and emotionally heart wrenching for me.

After all was said and done, we finally were on a path to a successful breastfeeding journey! He began latching well and nursing consistently around the second week into his recovery. By the fourth week, he actually began to decline his bottles and only wanted to nurse! Again, I remember it all so vividly like it was yesterday.

I’m glad I didn’t give up. I know I easily could have and it probably would have turned out ok. He’d still be fed and I’d truthfully have more of a life (you know, since it wouldn’t have been all encompassed around breastfeeding).

Instead, I got to experience this incredible bond with my son. A special bond that only we will be able to have forever. The memories of him starring into my eyes as he gently ran my hair through his little hands. How sometimes, he’d fall asleep if it was close to bedtime and nuzzle his head into my chest.

He’s going on 11 months old now and our journey will soon be ending (on his terms, of course). He eats his solid food like a mad man and has slowly wanted to nurse less. I look back and remember that making it to three months felt impossible, but here we are heading into 11 months.

Although it is what I consider to be the hardest part of our postpartum period—it’s also been the most rewarding. 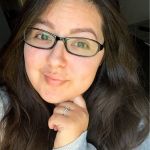 ABOUT THE WRITER Karissa Whitman
Mom After Baby

Karissa is a mom to two young boys and a blogger of Mom After Baby. Karissa believes ALL moms are capable of life beyond motherhood and is passionate about providing informative & educational content to new, expecting, and postpartum moms.
MORE FROM Karissa:
Tongue Tie Symptoms in Infants, How to Boost Your Breast Milk Supply, Breast Milk Storage Guidelines
Red Tricycle > Parenting Advice > Real Talk > The Reasons I Wanted to STOP Breastfeeding