The Secrets Behind Winnie the Pooh 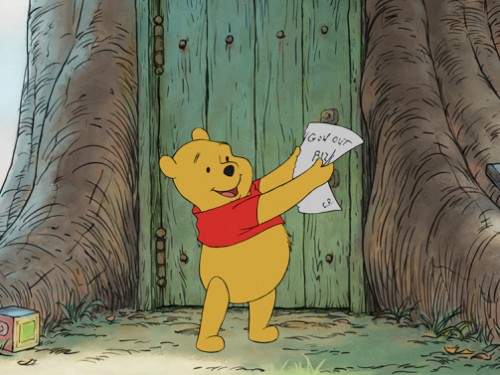 Many of us have known Winnie the Pooh so long that we consider him an actual friend. But there’s a lot you may not know about the chubby little yellow bear in the red crop top. For example, did you know Winnie is actually a girl?

In her new book, Finding Winnie, author Lindsay Mattick reveals some secrets about the world’s most beloved bear. Winnie the Pooh was inspired by a real bear — a black bear named Winnie — in the 1920’s. After being rescued by a veternarian and later donated to the London Zoo, Winnie won over the heart of a young boy named Christopher Robin; It was Christopher Robin’s frequent visits to the zoo that inspired author A. A. Milne to begin the adventures of Christopher Robin and Winnie the Pooh series.

And if this hasn’t blown your mind yet, A.A Milne was Christopher Robin’s dad. *mic drop*

Was Winnie the Pooh a big part of your childhood?

Red Tricycle > Uncategorized > The Secrets Behind Winnie the Pooh