The Seven Hardest Things About Parenting That No One Tells You 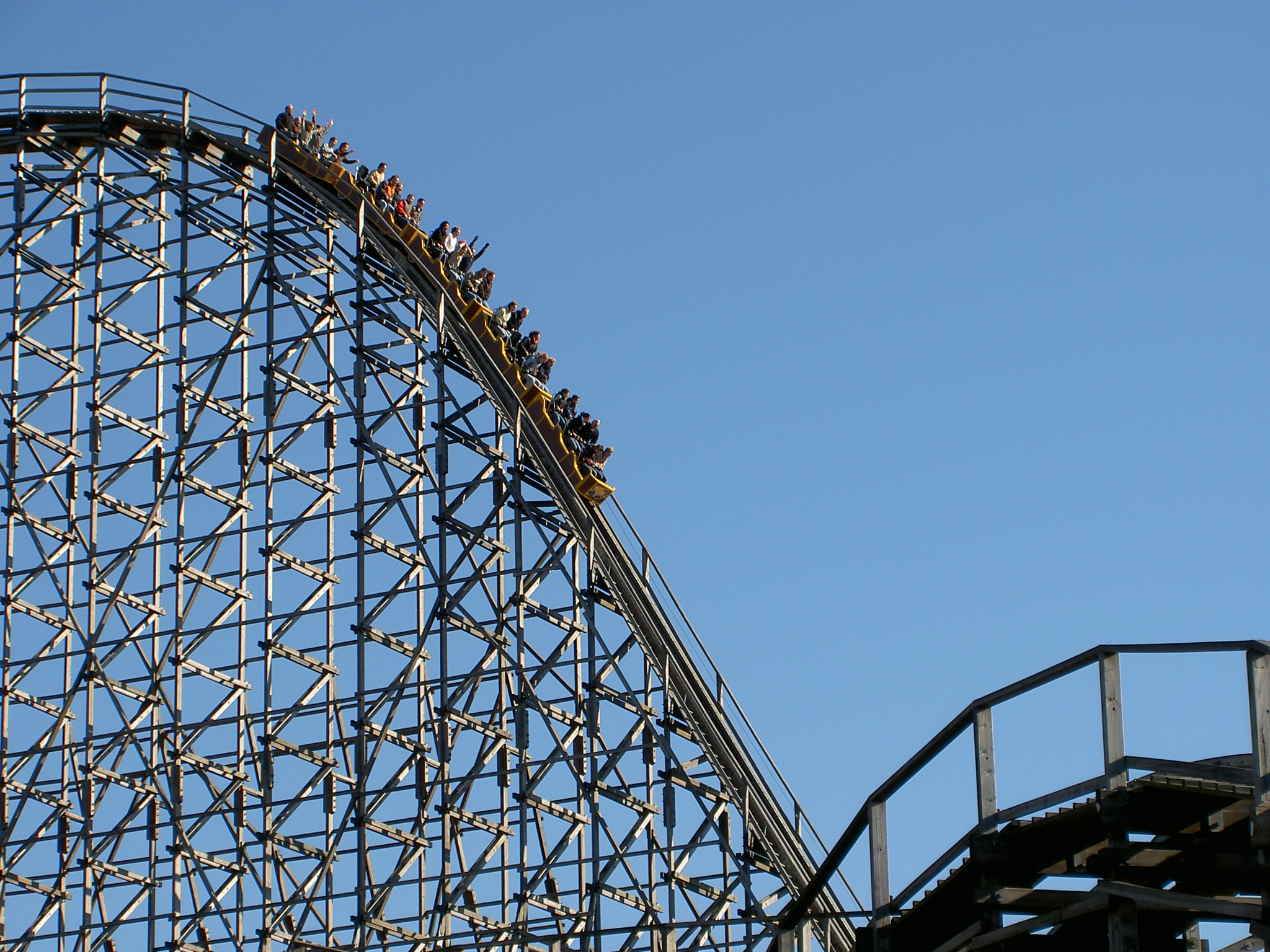 ***This post originally appeared on my blog: HellJoy: How to Survive Parenting***

A few days ago, I was walking my two-year old daughter to her soccer “practice,” when out of nowhere she looked at me and said, “Daddy, we’re best friends.” It took my breath away. All of the feels and a few new ones. Four hours later, she was having an absolutely epic meltdown in Whole Foods because she wanted the lid on the milk carton to be pink and not purple. She was yelling, “No purple! No purple!” with the same fervor that Meryl had when telling the Nazis to take her little girl in Sophie’s Choice. That’s parenting in a nutshell. Your hearts beaks and your sanity bends, and managing that emotional fluctuation—while not letting the lows take anything away from the highs — is one of the trickiest parts of parenting.

It’s a mindfuck of a roller coaster and you won’t find that description in any of the baby books. You’re more likely to find something resembling this:

1. You Always Have to be the Mature One

One of the most straight-forward lessons of parenting is also one of the hardest to adhere: keep your shit together. Kids are messy, defiant, lazy, easily distracted, clumsy, absent-minded, loud and louder, and after a certain number of screams, spills, tantrums and talk backs, it’s very tempting and very easy to look at your sweet baby and ask, “what the fucking fuck are you fucking doing, you fuck?!!?” But kids are like a gas fire, you can’t throw water on it you have to smother that shit. Wait, bad metaphor. Yelling is ultimately pointless because it doesn’t really work. And any semblance of catharsis is quickly replaced by guilt, embarrassment, and typically more screaming and spilling. Your mission, if you chose to accept it, is to be more mature than someone who shits themselves while watching TV. It’s easier said than done most times, which brings me to:

2. Kids Have Selective Memories, and They Never Work the Way You Think They Will

That day you took off from work, much to the chagrin of your boss, so you could volunteer in his class and then take him out for burgers and bowling? Yeah, he’s not going to remember that. That yellow dog that jumped a little when his owner closed his car door? He will remember that inane little moment for the rest. of. his. fucking. life. This phenomenon can also work in your favor by the way when, as mentioned in the last section, you let the moment get the best of you and start yelling about something that you’re not actually even yelling about. Well, you’ll lay in bed and feel like a rotten shit and promise to be better tomorrow and make sure he knows how much you love him, etc., etc. Not only will he have zero memory of the incident that caused you so much inner turmoil, but he’ll very quickly change the subject back to that goddamned yellow dog.

3. Movies Have Been Lying to You, AKA You Are Not Ready to Have that Tough Conversation

Over the years, you’ve watched countless Dads in movies and sitcoms sit their kids down and answer seemingly impossible questions with Emmy-worthy aplomb. They don’t fumble, they don’t get over emotional, and they don’t try and change the subject. In other words: they were ready. I hate to break it to you, but you are not ready. At some point, you’re gonna have to explain why someone died; why the dog died; why people are hurting people in Paris for no reason. Maybe you’ve rehearsed, maybe you’ve already won 700 Oscars in your head, but the script goes out the window when your boy looks up at you with tears welling in his eyes and asks, “Daddy, when I wear my glasses, will people still like me?” You’ll feel a lot of feelings simultaneously in that moment — violently protective, cripplingly sad, righteous indignation—and as you stumble through your answer you’ll start to understand what “earnest” means — best described as passionate innocence — and why only dogs and small children can really achieve it.

The point above is about choice (or maybe lack of time); this is about focus. Choosing between work and home is an impossible, exhausting decision. But you do have some semblance of control over that; no one chooses where their mind goes. When you’re at work, you’re worrying about your kids. When you’re with your kids, you’re worrying about work. This is the new reality and it never goes away. No matter where you are, what you are doing, a piece of you will always be with your children.

6. The Depth of Feeling is Deeper Than You Can Imagine

The central part of this is love. It’s a deep, overpowering, humbling, often humiliating, restless and insatiable love. But you know what? Love has consequences. When you love someone deeper than you can imagine, they have the power to frustrate, confuse, disappoint, hurt and terrify you more than you ever thought possible. My grandma used to say that the day before your first is born is your last worry free day. And she was right, as she was about everything, I just didn’t how realize how right she was about this.

7. Watching Your Kids Grow Puts a Microscope on Your Own Faults

This is the second level of parenthood. Once they get to a point where their personality starts to take shape, you’re going to start recognizing parts of yourself which leads to a strange and oftentimes painful revelation: I’m a pain in the ass. In a strange way, you are both uniquely qualified and vastly unqualified to parent a tiny version of yourself. Sure you can offer counsel based on your own experiences, but if you’ve never been able to talk yourself out of being/doing/thinking a, b, and c, should you really be telling them how to do it? Two things: parenting is the ultimate “do as I say not as I do” exercise and always remember that you are raising them and not yourself.

What does this all mean? YOU ARE NOT CRAZY. More importantly, and this becomes even more critical in our one-opinion-fits-all era of knee-jerk Twitter reactions and public opinion police bullshit, it is absolutely OK to feel full of love and frustration at the same time. Those feelings, and many many more can coexist in the same person simultaneously.

My boy turned five a few months ago, and when I think about the experience so far, there are definitely a few frustrating, obnoxious and disgusting moments, but those are few and far between. I mostly think about his laugh, the force of his spirit, his beautiful face, and how, in the span of five lightening-fast years, he went from a bump, to a lump, to a baby, to a toddler, to a boy, to one of my best friends. There is always light at the end of the tunnel. In fact, the light is so good that if you focus hard enough, you’ll stop seeing the tunnel. It’s the kind of light that — oh shit, the tunnel is pantless at Target. OK, focus on the light and I’ll be right back. 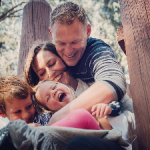 ABOUT THE WRITER Casey Lewis
Helljoy: How to Survive Parenting

Parenting is an amazing, life-affirming, life-changing experience...and it kinda sucks sometimes. That simple premise spurred the creation of HellJoy, a place where parents can celebrate and complain about their kids in equal measure. For more like this, please visit my Medium collection.
MORE FROM Casey:
5 Things I’ve Learned 5 Years into Parenthood, 182 Days of HellJoy: How to Survive the First Six Months of Parenthood, Spaghetti. Poland. Butthole.
Red Tricycle > Spoke Contributor Network > The Seven Hardest Things About Parenting That No One Tells You