The Start of School Family Tradition Even Your Teen Will Love 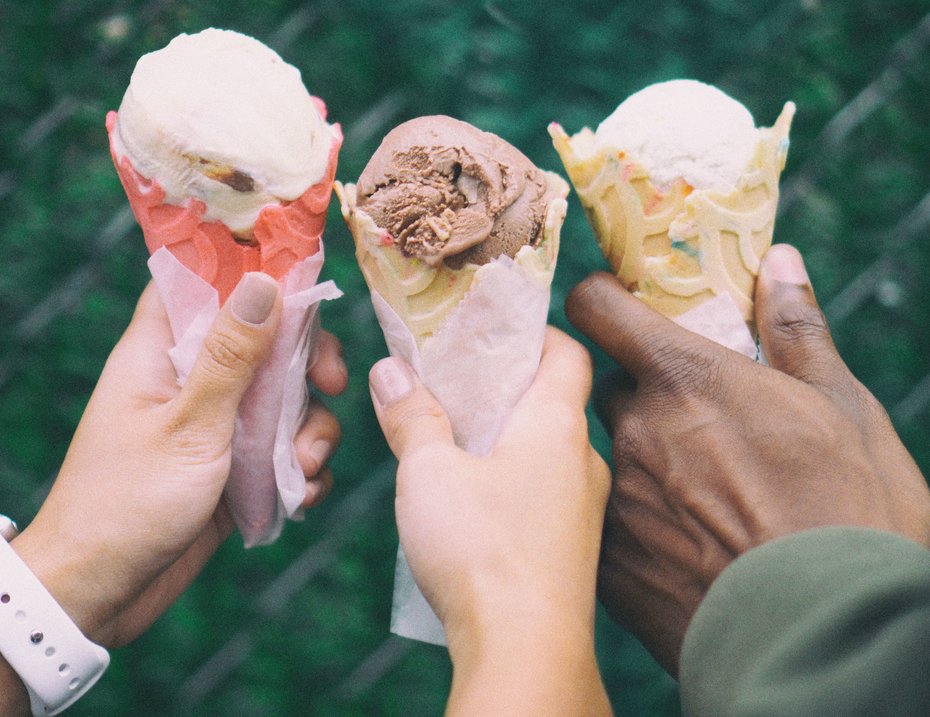 It’s not often our six children agree on something. From age 8-almost-9 to 16, their interests range from Taylor Swift’s latest single to the reproductive habits of protozoa to anything-that-doesn’t-involve-my-parents, it can be hard to plan activities that everyone enjoys. Even still, we have one late summer family tradition that the kids clamor for, and even sometimes begin asking about before summer starts.

Every August, we celebrate the coming school year with a once-a-year trip to the ice cream shop.  Before you roll your eyes at our martyr-like limitation of sugar, let me assure you we eat ice cream more than once a year. The annual part of our tradition includes two things: first, the children can order anything they want off the menu.  Yes, anything. Two things even. Second, each child gets a book and a love letter.

This tradition has a long history, starting with my family in the early summer of 1982. As a celebratory end to second grade, my parents took me to our local ice cream parlor, gave me a book on witches and magic, and each inscribed the pages with what I’d done that year that made them proud. That tradition continued until I graduated from college, and became a beloved part of my family story.

Today, I have a library of books covering all kinds of topics, and reminding me of when I learned to ride a bike (second grade), how I stuck with track even though I hated it (freshman year), and the year I started to be interested in clothes and hair (fifth grade).

Each book is a snapshot of who I was that year, what I was interested in, and, what is now my favorite part, who my parents were. My father inscribed one on his thirty-eighth birthday, and in his letter to me wondered what I would be like at 38. Would I still be a worrier? “No one has less reason to worry than you, Katie.”

I started the tradition with my children the minute my first child Simon started Kindergarten, and we’ve celebrated every year since.

The tradition is flexible, as it needs to be in our large family. We’ve adapted it slightly over the years: our family celebrates the start of the school year rather than the end. I shifted during year two to bolster my sweet, anxious six year-old’s confidence about first grade.  My children’s father Billy and I each inscribed the books when we were married, as my parents did for me. After our divorce, we were not coparenting well and Billy chose not to continue participating. While our relationship has improved and I’ve invited him back, the books have continued as a love letter from mama. We’ve shifted our ice-cream preferences from sundaes to cones to milkshakes and back to sundaes. My current husband’s Gabe’s children haven’t wanted to participate in the past, but chose to celebrate alongside their stepsiblings this year with books inscribed by their father. The basics of books and love letters and ice cream remain, but the details often flex to accommodate our lives.

When choosing the books for each child, I follow two rules. First, the book must be something that interests the child today.  Second, it must be a hardcover to withstand years of review.  We aim to spend less than $10 per book; it really is what’s inside the book that counts. Simon’s collection ranges from a simple story book, to a prehistoric encyclopedia, to Trevor Noah’s autobiography.  Choosing something he’s currently interested in creates a time capsule of sorts, and it’s fun to see the interests of his life lined up neatly on his shelf.

I spend about an hour the morning of the celebration writing in the books. I make it quick and easy and don’t over think it. What I love best about my books from my parents is the snapshot it provides of their daily life: sometimes the writing is long and detailed, sometimes sloppy and short. Sometimes the pen runs dry and sometimes they’ve rethought a word and crossed through it in favor of another. It’s real.

Sometimes I focus on what made me proud during the last year.  Some examples are directly related to school performance, such as a great grade on a project or improved performance in math.  Others are just happy memories captured on paper, like an impromptu shared lunch or an inside joke about the letter of the week. I include what’s important to them now, what they look like, what I love best about this season of being their mother.

Our tradition reminds the kids of what fun they’ve had at school and sets their sights on what possibilities the new year brings.  It reminds Lottie she’s good at math, despite what the gremlins whisper to her after I’ve kissed her forehead and turned out the light. It reinforces Caden’s interest in the presidents and the social climate of Zimbabwe (yes, seriously. Thank goodness online book ordering), a far cry from the storybooks he started with.

I am a strong believer in the power of telling ourselves stories of our strength and confidence, and the books are a way for me to help our children do that, now and in the future. I often find the kids reading through their books from previous years in the days leading up to the first day of school, reminding themselves of what mountains they’ve already climbed. I know what that’s like: more than thirty years later, I’m still reassured by my father’s reminder that no one has less reason to worry than me.

This year, the children will open stories about little girls in the 1960s joining the Black Panthers, a South African’s struggle to adjust to our culture, and the dystopian reality of a civil war gone wrong. They will read about how proud I am of the adults they are becoming, how happy I am to be their mother, and how confident I am in their future. We will eat ice cream, and connect to our history and make room and space for what’s next.

ABOUT THE WRITER Kate Chapman
This Life In Progress

Kate Chapman founded This Life in Progress, a community for divorced parents and blended families, and created a highly-acclaimed Total Coparenting Transformation course. A coparenting and stepfamily expert, Kate is proudest of her role as mom and stepmom to six, ages 8-16. When she's not working, she's turning off lights in empty rooms.
MORE FROM Kate:
Our Favorite Family Traditions, How To Coparent After Heartbreak, How To Build Blended Family Traditions
Red Tricycle > Spoke Contributor Network > The Start of School Family Tradition Even Your Teen Will Love