The Strangest Things Parents Have Ever Witnessed On Their Baby Monitors 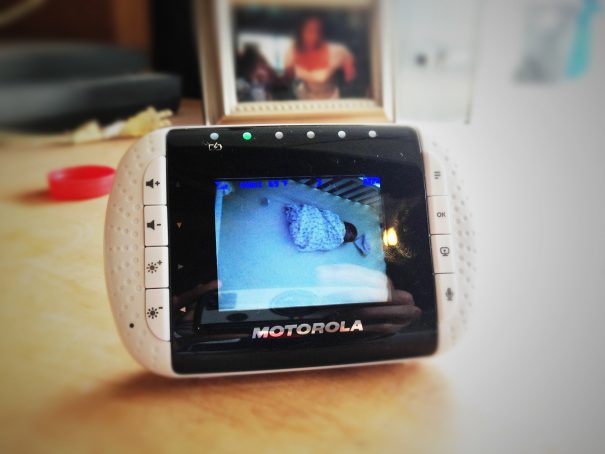 With night-vision, toggle, and zoom functions, baby monitors are nothing like they were when you were a baby (if your parents even had one). Those tiny cameras definitely provide peace of mind, but that amazing technology can also sometimes lead to some very unexpected sights. As these parents shared on Reddit, baby monitors can sometimes show you more than just a sleeping baby.

Super High Super Hero
“Once caught the babysitter taking the baby’s blanket, putting it around her own neck like a small cape, and ‘flying’ around the room with it on. Keep in mind, the baby could only see out of the crib and was not present for the show. Needless to say, we found out she was often high during babysitting.” –gooblagoobla via Reddit 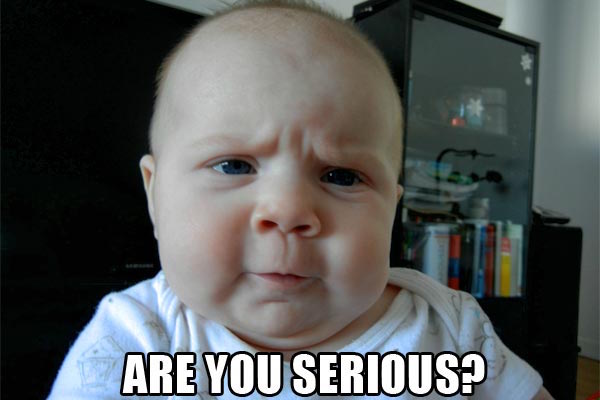 The Great Escape
“My buddy has a camera that sits on his doorstep. It has a motion sensor and every time it detects someone or something on the porch, it snaps a photo and sends it to his phone. It’s a ‪Sunday morning and, for once, his 2-year-old isn’t shouting into his bedroom to get him out of his crib. Ah, yes. A rare morning to lay in bed. His phone goes off. A photo of a little red-headed boy reaching out the front door to grab a package appears. And that’s how he discovered that his son could get out of the crib.” –kalae via Reddit

Roomates Suck
“Buddy of mine had a kid at the beginning of last year and discovered that both his cat and his beagle would climb into the crib with the baby occasionally during naps. Cute, right? Both animals made it a habit to climb in, kick/push the baby to the very side of the crib, and curl up in the middle completely alone. You’d catch them glaring at the kid if he started to roll back over and invade their space.” –crushing2013 via Reddit

Looking For Trouble
“My old roommate has two kids of his own. The older kid (3) deactivates the baby monitor cam when he and his sister want to do something they’ll get in trouble for. Kid even waves bye to the camera before he pulls the plug.” –FlynnLives via Reddit

House Rules
Sis called me cry-laughing to tell me that niece went into the nursery and proceeded to lay out a few “house rules” on her 4wks old little brother. Sis says it was things about sharing, and cleaning up and being nice and protective and minding his manners. That was funny enough, but niece finished with this gem: “Everybody pulls their weight in this family. You’re lucky you’re only nine pounds.” —Durbee via Reddit

Big Bad Granny
“When I’m home from college, I babysit for these pretty wealthy people. At the time, the boys I would babysit were about 2 years old and 9 months old. It was summer and I had laid the younger one down for a nap, then took the monitor out with me to the backyard so the 2-year-old could play. I hear sounds going off and see arms reaching into the crib toward the sleeping baby. I grabbed the 2-year-old, a knife, and slowly walked upstairs. Their grandma had come to see if I needed any help, but didn’t have my number so she didn’t text me she was there. We laughed about it but never have I ever been so ready to shank someone.” –foolsdayeveryday via Reddit 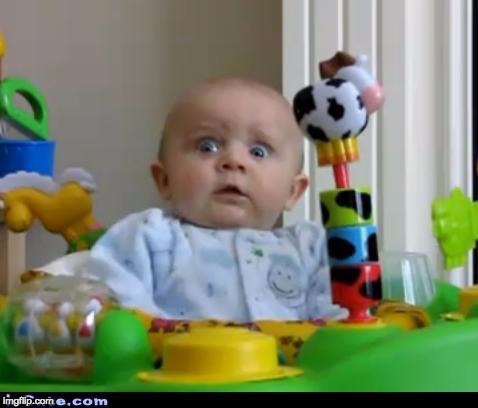 Birds Of A Feather
“Our crib was under a window (shut and locked, don’t worry). Every few days or so, a hawk (or some other kind of large bird) would land on the outside of the window. The bird and my daughter would sit there for a good 10 minutes bobbing their heads at one another. It was adorable, despite the fact the bird probably wanted to eat her.” –_Iniquity_ via Reddit

The Real Cause Of Pre-Mature Aging
“I went into [my son’s] room to get him and said ‘Daddy’s here, don’t cry.’ I went with him back to my room and heard my monitor say “Here, don’t cry.” Since my voice sounds so alien to me I freaked out and watched in horror as a tall man grabbed my baby and walked out. It really probably took one second to realize I was holding him and it was me in the video, but I went through 10 years of grey hair in that second.” –ClassicCarLife via Reddit

Have you ever seen anything strange on your baby monitor? Share your own experiences in the comments.