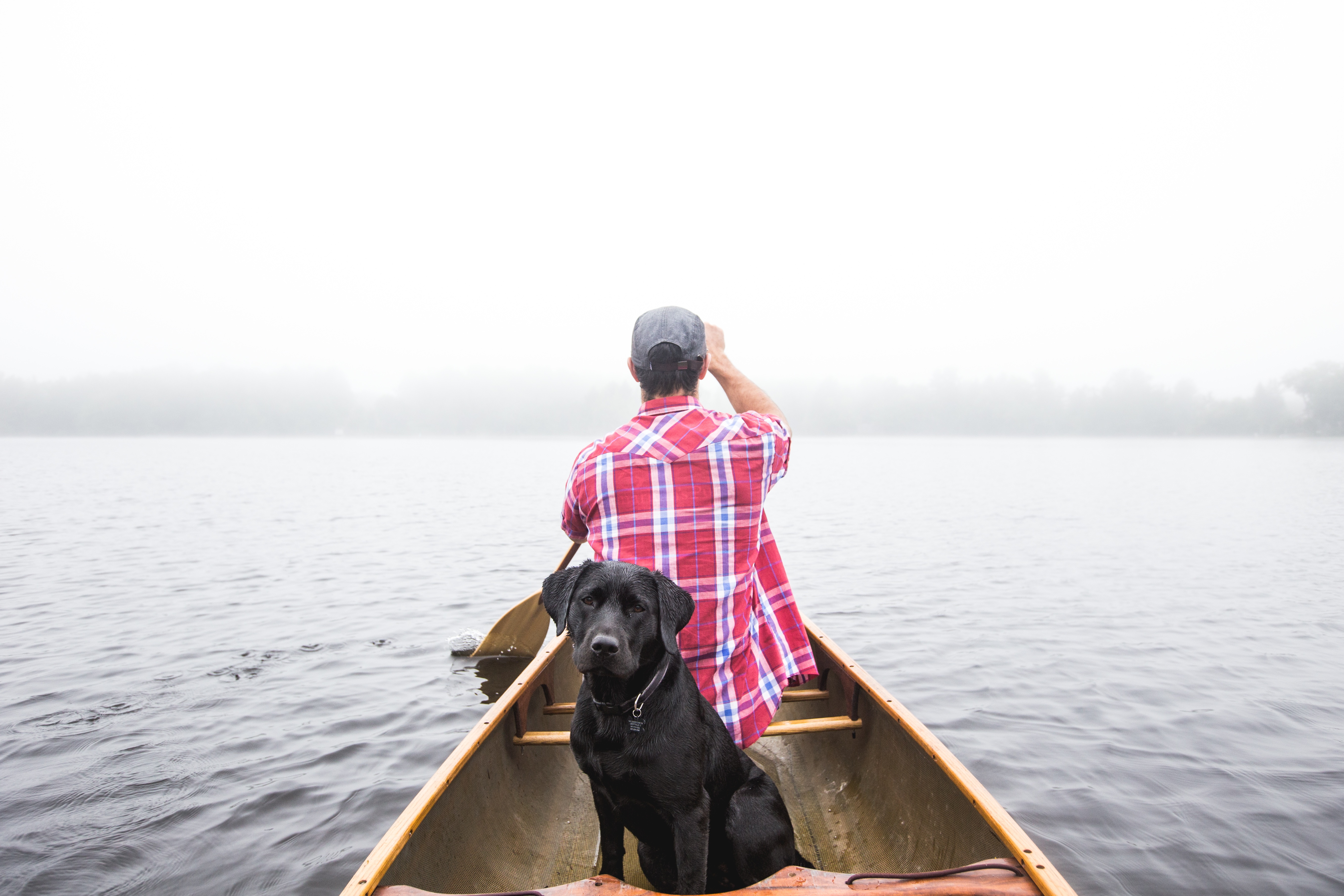 It happens overnight. The teenage boy trots off to bed on his fourteenth birthday all kisses, clear skin and lightness, and unbeknown to you, whilst sleeping, a shape-shifter enters the room and replaces your baby with an array of animals guises.

Having been robbed of his boyhood but gifted with this ability to morph into any given animal at his pleasure, the teenage boy grows confused and cocky. But mostly just cocky.

We the parents, however, are never quite sure who or indeed what the hell is going to roll out of the pit and into the kitchen on any given morning, leaving us fearful and thirsty for wine. But mostly just thirsty for wine.

Parents, don’t despair. Fear can be eliminated through knowledge. And I am here to hand you that knowledge. By recognizing the current animal form that is holding your baby boy hostage (he’s still in there somewhere you tell yourself) like me, you too can sail through life with a teenage boy.

The teenage boy on hitting fifteen will morph into a cat. lounging around nonchalantly all day. Meowing at night to be let out, and only coming to you when you ignore him.

Keep the food bowl topped up and resign yourself to the fact that he probably has worms. Furthermore, unless you want to fall out with the neighbours, don’t let your Tomcat out after dark, especially if there are any suspicious females lurking.

It is customary in Canada whilst walking in the forest,  to carry a ‘bear bell’ with you. This clever contraption means to alert any bears within close proximity that you are close by but don’t mean trouble. On hearing the tinkling, the quite often aloof bear is warned and thus will withdraw quickly in the opposite direction.

I know, I know you don’t want trouble. None of us does. Just that pair of socks that have been under his bed for the past two weeks. It’s not a lot to ask. But why not use a little bell? Let the teenage boy know when you are lurking. Especially when he’s on the phone. It gives him time to get to the toilet and lock the door. Be warned though, showing bear-like tendencies, the teenage boy may take to hibernating in that same toilet. Be patient. Give him time. He’ll be out within a couple of hours. When the battery dies.

Like the dolphin, your teenage boy lacks the ability to string any real words together. Rather thinking it amusing and acceptable to produce repetitive, no brainer, fekking clicking noises. This, along with other annoying tendencies such as drumming, clicking, and tapping brings us to conclude that although infuriating to the point of reaching for the Rum at 10 am, the dolphin has a cheeky smile and so usually gets away with it. Most of the time.

I swear. You can be driving into town, still, five kilometres from the centre, and the teenage boy will smell it.

This doggy characteristic could prove very useful were it to be used in locating that rotting piece of rancid cheese from under the teenage boy’s bed. Sadly though, the Beagle function doesn’t appear to activate within its own bedroom.

And staying with dogs for a moment.

Dogs can hear sounds four times further away than any human.

You will notice that although sitting within spitting distance in the next room on his computer, on being asked to set the table your male teenager will suddenly become Helen Keller. Try and have a private conversation with your other half after dinner, however,  about whether or not to take the data plan off his phone because he’s costing you too much friggin money? And unbelievably, although located at the bottom of the drive putting the bins out, the teenage boy transforms into a Boston Terrier. Back into the room he comes,  as fast as lightning, panting at your feet. “Do you want a cup of tea? What are you talking about? Everything alright? I’ve put the bins out. They’re nice flowers.”

A rabbit can see behind itself without turning its head. Despite the fact that the teenage boy is sitting at his desk with his back to you, that one time you try and sneak into his room to

Despite the fact that the teenage boy is sitting at his desk with his back to you, the one time you try and sneak into his room to retrieve that stinking piece of wood with the metal wrapped around it, the one that he brought home from the beach when he was ten? And without warning, like the exorcist (but without the head spinning round bit, but equally as scary) he’ll demand that you put it back. Hands off. He needs that. That’s important. That’s metal wood. It’s rare. No, it doesn’t smell of fish. That piece of wood is staying. Forever.

The horse has the ability to sleep both standing up and lying down ( I could do with that function.) Remember this the next time your teenage boy is standing at the sink about to do the dishes. Staring. With the water

Recall this the next time your teenage boy is standing at the sink about to do the dishes. Staring. With the water having gone cold. But still, nothing. Just staring. Or humming.

Try not to have your usual hissy fit; screaming like a fisher wife about the sink full of water having just cost you two dollars. He’s probably just having a little horsey sleep. That’s all. Anyway, what’s wrong with him washing your crystal glasses in stone cold scummy water?

How we all used to laugh when taking our young children to the zoo, to find the parrot in the corner repeating everything your embarrassing little ratbags said to it.

My children were homeschooled and therefore very intelligent.

Very much like the Quaker Parrot who requires a tremendous amount of attention and stimulus to avoid boredom, the teenage boy is the same. Spend sixteen years of your life giving him this attention, and you too will be rewarded with a parrot for a son.

And on the subject of hunger.

This little mole eats faster than any other mammal. It finds and swallows its food in less than a quarter of a second. About as fast as you can blink.

The next time you all sit down for dinner and notice that your teenage son’s plate has been emptied before you’ve even had your first gulp of merlot, try turning a blind eye. Remember, when at the dinner table with your teenage son you are a mummy mole. A poorly sighted mummy mole at that. Try and behave accordingly. Keep your head turned downwards, eat your sausage and try to ignore that noise coming from across the table. It’ll be over soon. Sooner than you can imagine.

Apart from the obvious hairy slouching and grunting attributes, there is another distinguishing characteristic that the teenage boy takes from the chimpanzee.

According to the Daily Mail Australia, chimpanzees will forget trivial information after twenty seconds. Now we aren’t talking the password to the wifi here. No. That’s not trivial.  That be clocked were you to whisper it into his ear at a live football match. No. I said trivial. Remember people, that when phoning and giving the teenage boy irrelevant  instructions such as ‘put the oven on at 6pm’ so your effing dinner will be heated in time, or reminding him as you rush out of the door of the paltry little request of ‘give the dog her antibiotics with her breakfast’, he is a chimpanzee.

Cold lasagne is what will be waiting for you upon your return.

And the dog? Dead.

I sincerely hope this insight into your teenage boys animal metamorphism has helped somewhat. Proceed in observing the behaviour and using the above information for reference, take each day slowly. Most importantly don’t despair.

There’s only about another one thousand five hundred or so days to go.

Remember though, popular to teenage boy belief,  no-one is perfect. If, after trying your hardest to understand and sympathise with the teenage boy, you still find yourself wanting to bash your own head in, rather than face another day of looking at the cocky little sod, there is a solution.

Just until he’s about twenty.

They have visiting hours and everything. 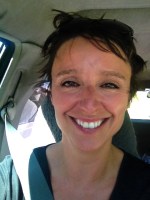 I'm Liz, an English girl living in New Zealand. The mom of two teenagers and wife to the most patient man on this planet. I blog over at www.itsadrama.com, a funny, honest blog about the ups & downs of midlife, parenting & homeschooling. A cockeyed optimist who tells it how it is!
MORE FROM Liz:
Busted by my teenager, My child become a plumber? Over my dead body
Red Tricycle > Spoke Contributor Network > The Funny Thing Learned about Every Teenage Boy (& What to Do about It)