The Toddler “No” Phase 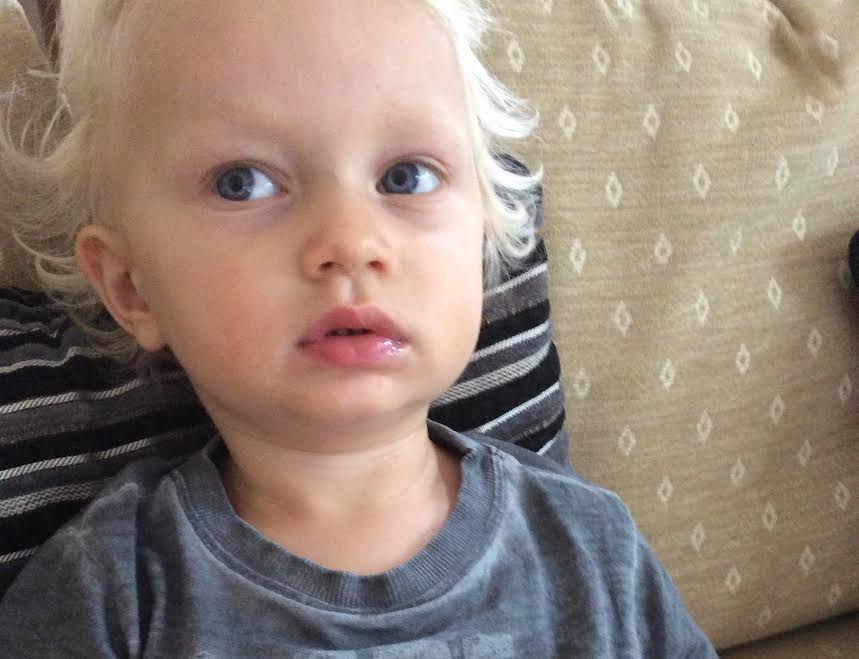 I could just sit here and reel off the amount of “No’s” in list form, however I feel this may be as tedious for the reader as it is for me when I hear the answer I’ve been very accustomed to over recent days.

I know as mothers we should find all moments in their development as magical milestones and we should naturally worship every second, however I’ve got pretty disenchanted by this phase.

Here are a very few examples I have encountered today:

“Shall we do some colouring in?” “Noooo”

“How about playing with your mega blocks?” “Noooo”

“How about you stop saying No?” “Noooo”

“Will you stop saying ‘No’ if I let you eat your body weight in chocolate, draw on the walls and watch Paw Patrol till you’re square-eyed?”

Guess what the little champ said? Well, he didn’t actually respond at all to that because he had got distracted and was now sitting behind the wheel of his little red car.

Most responses are met with the same whinging tone and I would say that 99% of the time, he actually means “Yes”. I’m not too sure whether it’s the whine or the expression of the opposite meaning that bugs me more.

Don’t get me wrong, his darling little voice captivates me and is the most precious sound. His weird toddler babbling has me in fits of laughter and when little man does get a word right… well, now that just makes me burst with pride. I can’t even begin to describe my emotional state when he says “Mumma” and runs up to me for a cuddle. My son literally morphs into a living angel and my womb instantly screams to be impregnated again.

But this “No” chapter is a real ball ache I must say.

Which leads me nicely into the biggest bloody outrage… the uninvited feedback from others. Frigging motherly, ‘friendly’ feedback. We get it thrown in our faces by competitive or ‘concerned’ parents and family for pretty much all aspects of motherhood. After overcoming loads of motherhood hurdles, I’m now contenting with people who feel that at 24 months, Rupert should be saying more and should be past this stage. Oh right, yes, sorry I forgot you all have Language Development Degrees; should he be reading Shakespeare’s ‘Sonnets’ by now?

Only a few weeks ago I had someone say to me that their child started talking at 11 months old. Erm… right ok… firstly, it was probably only you and your partner who could decipher what the actual f**k was being said. Secondly, good for you and your child. Do you want me to say that you have a child genius on your hands? Do you want me to congratulate your English language teaching skills? I’m not really sure what else they were achieving by stating that. Unless they were trying to make me feel like my child is thicker than a brick wall and under-achieving the ‘perfect child’ milestones? My only response was “That’s great, all children develop different things at different stages”. My son’s response would have probably been “Noooo”.

Little do ‘observers’ realise that he DOES say some words, and believe me when I say that he comprehends everything. Whether he complies or not depends on his current level of the toddler tantrum scale. My boy can be shy which I think can sometimes hold back verbal communication, especially outside of the home, but I’m not worried about his learning development so I sure as hell don’t expect anyone else to be concerned, thank you very much!

I am, however, slightly paranoid about how long the ‘Noooo’ phase lasts for; mainly for my sanity.

ABOUT THE WRITER Holly Leppard
Mother of all Curves

Holly started her blog 'Mother of all Curves' in 2016. She writes about being a curvy wife and mother and all of her mishaps. She has most recently started the campaign ‘#dontjudgejustfeed’ to promote positivity and support for bottle feeding parents.  www.motherofallcurves.com
MORE FROM Holly:
Ode to the Morning (with a toddler), The Favourite List, Play Time? No Darling, it's sleep time
Red Tricycle > Spoke Contributor Network > The Toddler “No” Phase