The Touching Story Behind One Family’s #AdoptionDay Photos 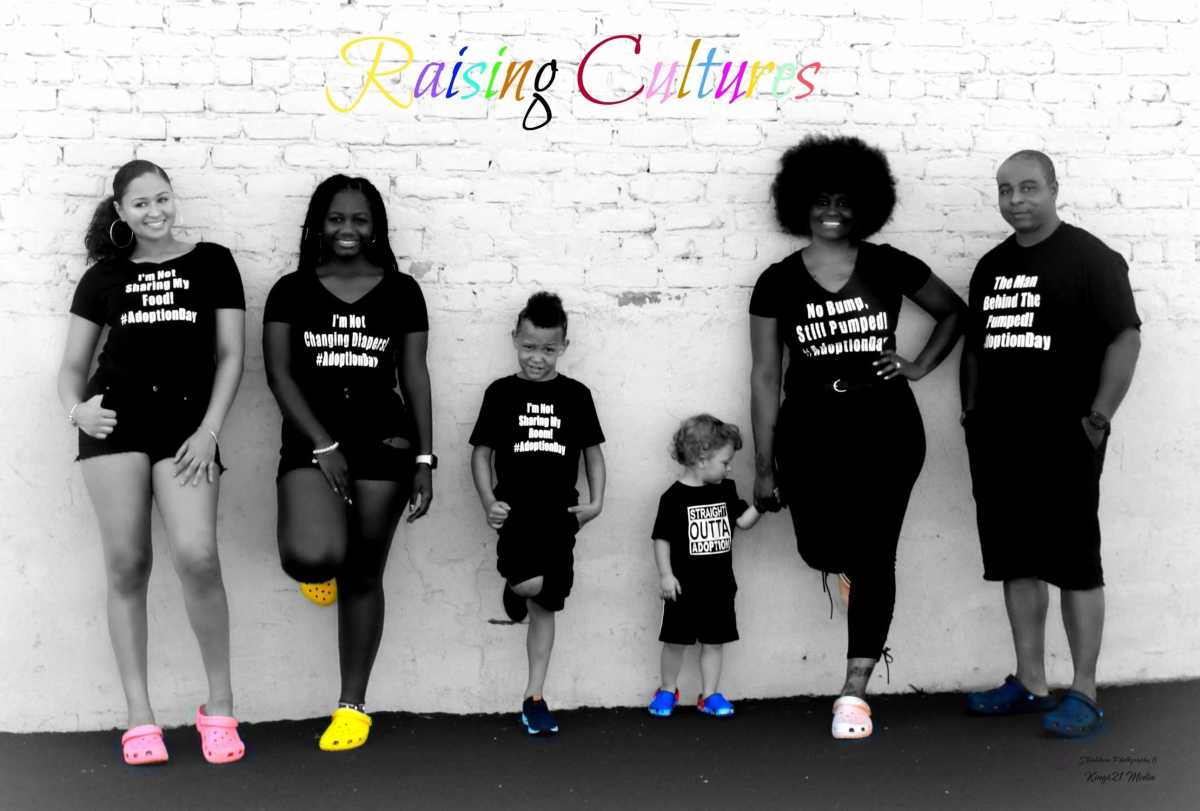 The Jones-Baldwin fam wasn’t always so big. When Keia Jones married her husband Richardo Baldwin in 2010, she had just one child: a 2-year-old daughter, Zariyah (now 15) from a previous relationship. The couple was eager to expand their family though and quickly began trying for another. Sadly, that journey would seemingly come to an end after several devastating miscarriages and failed rounds of IVF left them both emotionally drained.

Little did they know, though, that their family would eventually blossom several times over, as they added not one, not two, but three more children to the Jones-Baldwin clan, thanks to the gift of adoption.

First came Karleigh, in 2014. She and Zariyah became close friends at school, but due to some financial difficulties, Keia says Karleigh’s mother fell on hard times and was unable to properly care for her. A year later, when she was 11, the Jones-Baldwins became Karleigh’s legal guardians, and the experience helped plant a seed: “Through that, we thought that expanding our family through fostering would be great!” says Keia.

And so, they did.

They visited a local agency, known as Crossnore, to become licensed foster parents. That experience ultimately led the couple to meet an adorable 3-year-old named Ayden (now 8), whom they officially adopted him in 2017.

But as it turned out, their family wasn’t done expanding just yet. That same year, their fourth child swooped into their lives unexpectedly. “He was initially only supposed to be with us short term and be reunified with his birth family,” Keia recalls, “but it didn’t work out that way, and on August 29, 2019, we officially adopted him!” The infant, named Princeton, was born drug-addicted and required several weeks of intensive care in the NICU after his birth.

“They needed someone to do skin-to-skin with him,” says Keia, “and chose me for the task!” Needless to say, the loving mother was more than willing to take on the job.

“I’m so thankful they did! After two years, our bond is so close and we love him to the moon and back! He brings us so much joy! Our hearts are so full and so grateful.” There’s certainly no question about that one, especially now that photos of the family happily celebrating Princeton’s #AdoptionDay has gone viral. Keia shared them to her Facebook page on August 29, as well as her photography page, KJBaldwin Photography,—mostly because of the awesome #AdoptionDay T-shirts the family is wearing.

Of course, Princeton’s tee might have been the cutest of all, designed to look like the logo on N.W.A.’s 1988 album, Straight Outta Compton. Instead, it reads “Straight Outta Adoption.”

ABOUT THE WRITER Mom.com
www.mom.com

Mom.com is a place created by moms that offers tools to help parents raise the next generation of happy, kind and confident kids.
MORE FROM Mom.com: