The Trip that Changed Traveling with My Kids 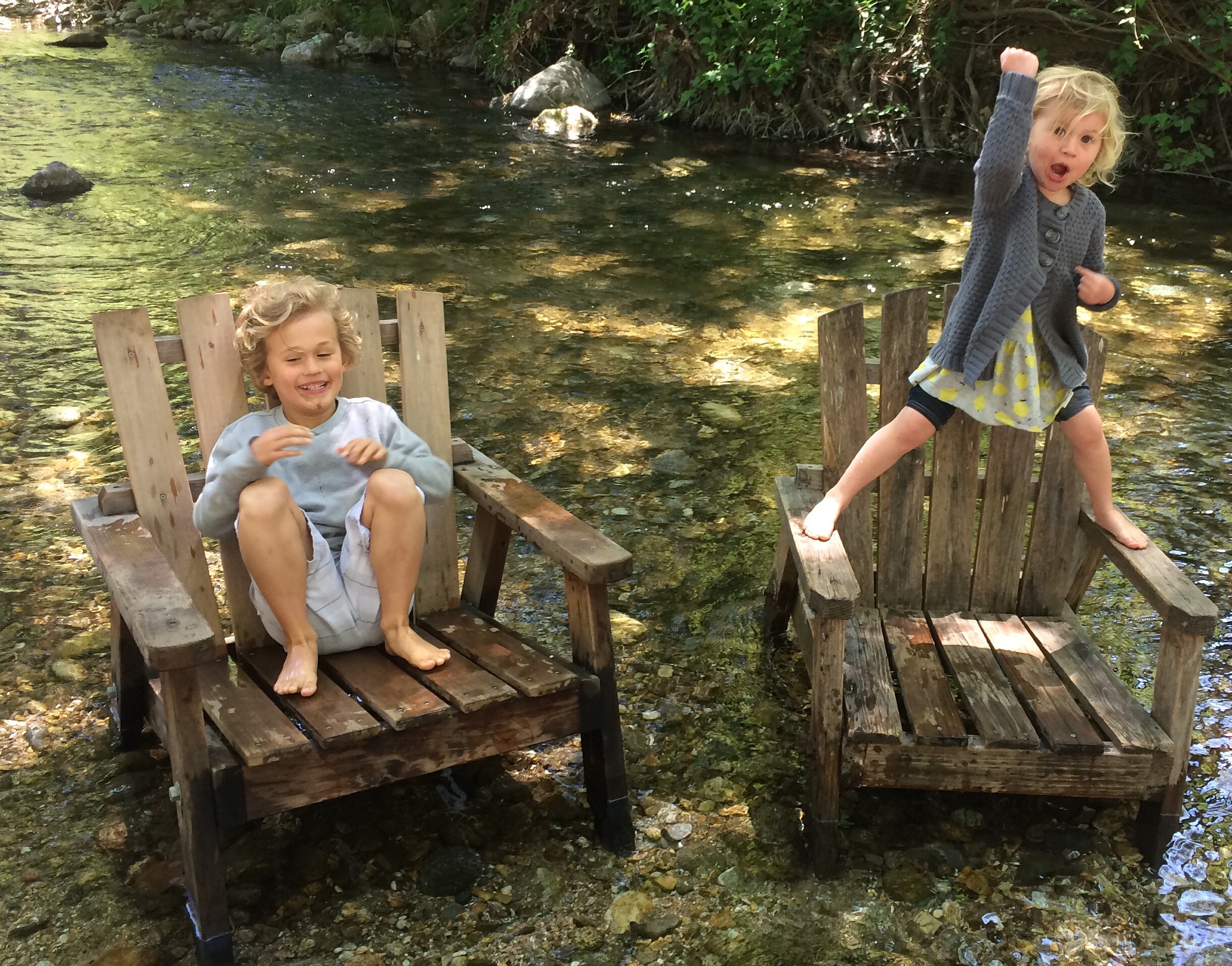 Recalling a certain trip from San Diego to Lake Tahoe California, when my daughter was about 14 months old, is enough to make my husband and I cringe. I remember how we stopped at a Rite Aid and discussed whether it was ok to use Benadryl to make her sleepy. (Please note, I am not advocating drugging your children and ultimately we bought ear plugs instead.) My point is that we were desperate.

Unlike my son who was easygoing from birth, my daughter Easton was difficult, stubborn and loud! On that fateful trip, Easton screamed from Los Angeles to Sacramento straight (that is 6 hours, people!). At 14 months old, we naïvely assumed that she would take at least one nap. No, not one, none, nada. So shaken by the experience, for the next two years we mostly only drove only short distances, and when we did take on longer drives we were filled with dread.

She was never as bad as that trip, but we could always expect a meltdown. The food was somewhat helpful. I kept an arsenal of snacks handy. Crying? “Do you want a cheese stick?” Screaming? “How about some crackers?” I also had books, dolls, pens, coloring books, and a whole playlist of songs that we could blast to cover the sounds of screaming.

For my husband and I–two travel-loving people who fell in love in Costa Rica, and spent months traveling through Thailand and Southeast Asia in our 20’s, the abrupt end to our dreams of traveling the world with our kids was sad and frustrating. At the time, I didn’t realize that it was affecting me that much, but as I would longingly look at Instagram feeds filled with beaches, and snow, planes, and exotic foods, deep down I felt stuck. If I’m being honest, I was also a bit resentful. Instead of enjoying trips with my children, going places felt like we were transporting a time bomb. Travel had all of us on edge and just eager to get to our destination. Our goal became getting from point A to point B as quickly as possible. There was a lot holding bladders, “she’s asleep, don’t stop!”

I’m happy to report that this all changed on one road trip up the California Coast when she was two. Instead of a traveling adversary, our daughter became our ally, a fully-fledged member of Team Schulz. This is how it went down.

My husband films and edits videos and documentaries for his job. He needed to follow a group of people biking for a non-profit called Venture from Monterey California, down the coast through Big Sur and eventually down to San Diego. We knew this was going to require a LOT of time in the car for the family and as usual, we envisioned Easton making the experience miserable.

Instead of getting from point A to point B, the whole goal of this trip was staying in the car and slowly following bikers so he could film them.

The trip started out pretty well, we made our way from San Diego up the coast and made an overnight stop in the small coastal town of Cambria. The kids were in good spirits and we explored the town, went out to eat, walked on a cool wood plank walkway out to the beach. The next day, we felt energized as we continued to drive up the coast. Instead of speeding along, we involved the kids in the sights pointing out animals, flowers, and trees. Unlike previous trips, two-year-old Easton smiled and laughed. We talked with her about the importance of the trip and daddy’s work.

We stopped many times along the way and saw a beach covered in elephant seals, we stopped at a hotel along a river in Big Sur and listened to music and ate ice cream. The kids found some chairs submerged in the river and climbed on them exultantly, Easton declaring she was a “pirate”.

Instead of that time in the car as a cruel form of torture, traveling together became a team experience. We were in this together. Every mile was taking us to a new, exciting destination.

Today my daughter is now four and she’s one of the best travelers I know. She’s the first one to suggest games and she is rarely the one to ask “when will we get there?”

Was it just Easton getting older that caused this major shift in her behavior? Perhaps, but I like to think that the change was due to us slowing down, and making the journey the fun part, not just the final arrival.

I live in San Diego with my incredibly funny, travel-loving, surfer husband, and my two amazing kids (4 & 7) who are turning into fantastic travel buddies along with being incredibly entertaining. I love travel, food and cooking with interesting ingredients, wine, beaches, mountains, running, and art. Cheers to travel, adventures and full hearts.
MORE FROM Sarah:
www.imagineandgo.com
Red Tricycle > Spoke Contributor Network > The Trip that Changed Traveling with My Kids