These 13 Work-from-Home Mom Confessions Are Hilarious & Too Real 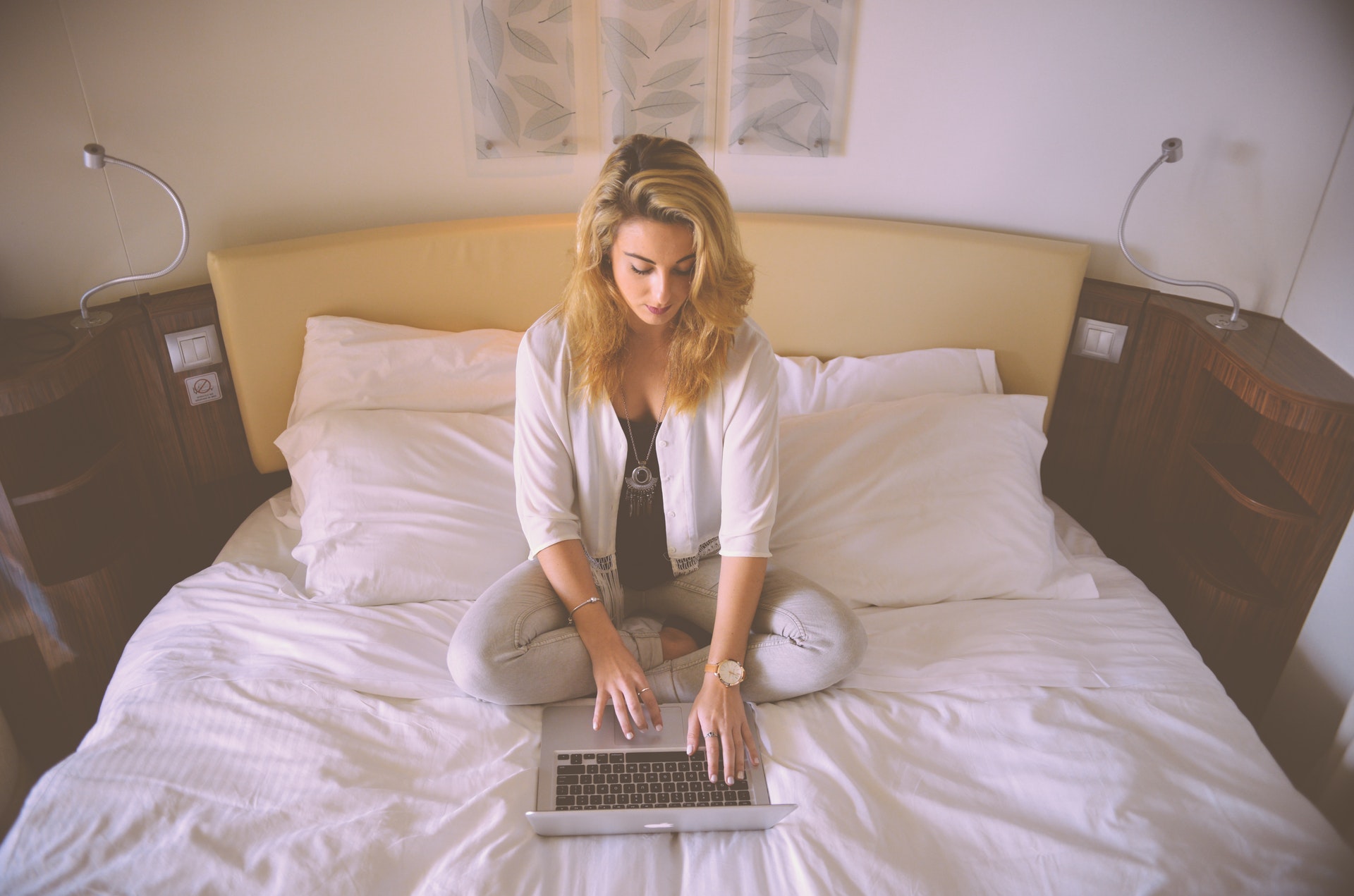 To office-goers, working from home might seem like a leisurely affair, all yoga breaks and long lunches. Only it’s not—it’s an exercise in planning, organization, communication and discipline, especially when you throw a kid or two into the mix. And while you can do your damnedest to make sure all runs smoothly, inevitably there are moments when #thatmomlife crashes into #thatworklife and you have to beg, cajole, bend the truth (ahem) and even hide in order to get stuff done.

Below, 13 WFH moms spill the dirty (and hilarious) details of those times they had to go to extremes in order to take the call, nail the deadline, or land the client.

“I was on a conference call at home when my son somehow got away from my parents who were watching him. He made his way into my office (actually just a desk in my bedroom) and for a few moments he played nicely. I remember feeling like super mom—something along the lines of how well-behaved my kid is. But then he started babbling and making animal noises. Loud 2-year-old mooing. For some insane reason I decided to say that I was working from a coffee shop and someone else’s kid was being sooooo loud. It was a turning point for me because I felt so guilty for making up a ridiculous story that I decided at that moment I would be proud of the fact that I was a work-from-home mom. I don’t hide it anymore and although I behave with as much professionalism as I would in an office, I no longer act like there’s something wrong with being a work-from-home mom.” —Andrea Samacicia Mullan, owner of Victory Public Relations

Casual Friday Is Every Day

“Half the day I never get out of PJs, the dog often serves as my armrest, and I usually end up working from my couch instead of my desk since it’s more comfortable.” —Claire Vath, editorial director for Write Well Media, LLC

Something in the Bushes

“One time when I was on the phone with a client I went outside and hid behind a bush in our yard to get away from my 2-year-old who’d starting screaming for me in the middle of my call. (Turning on a video was never a guaranteed distraction in our house.)” —Copywriter Lisa Banks

“I’ve been known to send my kids off to school with my husband, get down to work, and realize hours later that I am still wearing the bunny ears I used to lure them to get dressed! Luckily most of my calls aren’t video!” —Christine Brown, founder of Bella Luna Sleep Consulting

“I had a client call one morning that I knew would last about 20 minutes. My daughter was potty training at the time, so I had her use the potty, stuck her in front of her favorite cartoon, and hopped on my call. Not five minutes in, I see her headed to the bathroom. I was in the middle of explaining a concept to my client so I couldn’t get up. Two minutes later, she emerges, wearing only a shirt, and walks back to the living room. Still on my call, I run to the bathroom and realize the extent of the damage…wet underwear and pants on the floor, and pee and poop in the potty—but also on the floor. All the while my half-naked toddler is happily sitting on my living-room floor singing the ‘Hot Dog Dance’ from Mickey Mouse Clubhouse. I ended my call a few minutes later and began the hazmat cleanup of my bathroom. I couldn’t stop laughing!” —Christine Stevens, founder of Sleep Solutions by Christine

“My 7-year-old son loves cereal. One particularly stressful week when my husband was also working late, I let him eat cereal every night for dinner (and, yes, he had it for breakfast, too). There might have been an instant packet of organic oatmeal thrown in there, too, but suffice it to say, he did not eat a balanced diet that week. I told myself, ‘At least it’s not pizza!’” —Dawn M. Roode, founder of Modern Heirloom Books

“I took the call from inside the shower.”

“I was on an important call so I went to my bedroom and shut the door thinking it would help drown out the sound of my kids playing. Except that they made their way into the bedroom yelling, ‘Mommy, what are you doing? Who’s on the phone?’ I frantically pushed the kids out of the bedroom and locked the door. Bad idea. They started banging on the door screaming for me. I shut myself in my bathroom and took the call from inside my shower with the glass door closed. It sounded like bombs were going off outside. I finished the call successfully and exited my bedroom to find an entire toy box unloaded in front of the door and my kids hysterically crying. When I asked them what happened they said, ‘You locked us out so we threw all of our toys at your door and tried to break it down.’ Cool.” —Erin McDonald, marketing manager at FamilyTech

“Sometimes there is just too much multitasking! One morning I accidentally packed my son’s PJs in his backpack as a change of clothes for day camp instead of tossing them in the laundry. Needless to say, he was not too excited that he only had PJs for the water slide that day.” —Michelle Hale, co-founder of Henry & Higby

“Being so busy has made it difficult to give my kids lengthy baths on a nightly basis. There are many ‘baths’ that involve getting the kids down to their diapers and giving them a quick wipe-down with a wet washcloth and some soap.” —Gretchen TeBockhorst, founder of PRIM Communications

From the Mouths of Babes

“In kindergarten, my son’s teacher ‘interviewed’ each child about their mom for Mother’s Day. One of the questions was ‘tell me about your mom’s job,’ and my precious boy said ‘My mommy talks on the phone in her pajamas all day.'” —Robin Leon, Au Pair in America

“Once I sat in the front seat of my car in the train-station parking lot with my hotspot and computer conducting business for two straight hours…and it was productive!! I’d gotten off the train from NYC, but couldn’t go home because my children were there and I had deadlines and conference calls. And I couldn’t go to Starbucks because I needed to be able to hear and didn’t want a coffee grinder in the background. We do what we have to do to get the job done and make clients happy. Period!” —Jennifer Bickerton, founder of JJB PR

More Than a Handful

“When my son was two and I was VERY pregnant, I got an unexpected emergency client call after hours while bathing him. Instead of just admitting it wasn’t a good time, I completed the call, holding the phone in one hand and bathing my son with the other. My client never knew and I managed to solve their crisis. But looking back, would it have been so terrible to admit that I was doing mom stuff and would have to call them back? Of course not, but when you work from home, sometimes you feel like you have to work even harder to prove yourself, because people automatically think you work less.” —Ellie Hirsch, founder of Mommy Masters

Who in the What Now?

“With so much going on, it can sometimes be hard to keep everything straight in your mind. I was once on a call for 10 minutes before realizing I was talking to a different vendor than I’d thought. No wonder they didn’t seem to understand my ramblings. I now try to take that extra minute to make sure I know who I am talking to before dialing in. So far, so good!” —Nanci Bergman, founder of Accent jewelry 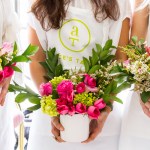 Alice's Table is a new woman-founded company that throws flower-arranging workshops and teaches women how to host classes themselves so they can launch a creative career or side gig that's fun, flexible, and rewarding.
MORE FROM Alice's:
7 Moms On The One Aspect of Their Morning Routine That's Currently Working, 9 Work-From-Home Moms Share The Advice They Wish Someone Had Given Them, #MomBoss: 13 Work-From-Home Mamas Share Their Single Best Tip
Red Tricycle > Spoke Contributor Network > These 13 Work-from-Home Mom Confessions Are Hilarious & Too Real