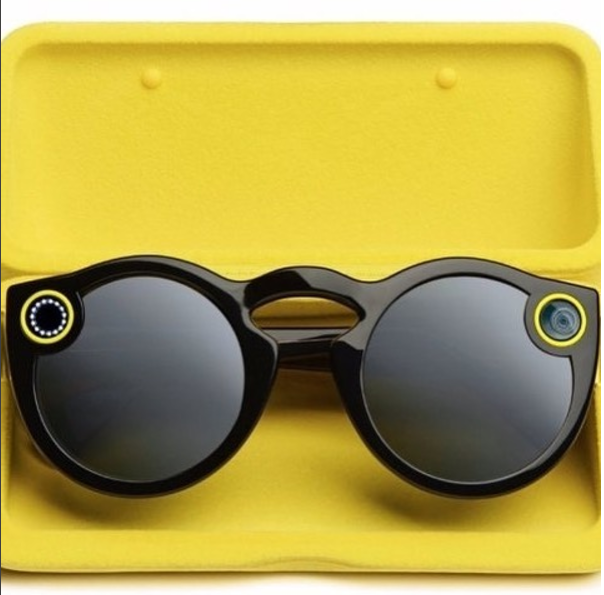 Sure, you may carry your phone with you everywhere you go, but usually it’s tucked away in your pocket or inside a purse — which means when your photogenic kiddo starts doing something amazing, you might miss the whole adorable moment digging around for your phone.

What if you could wear your camera on your face? With Spectacle sunglasses —  made by Snap, the parent company of Snapchat — that’s exactly the deal: the funky-looking glasses have a built-in camera that records 10 second bursts of video at a time (this can be extended to 30 seconds) at the press of a button. Baby taking her first steps in the back yard? Snap! Second-grader about to score the winning run in the tee-ball game? Snap!

The camera records using a 115-degree lens that’s supposed to replicate “the human perspective,” and videos can be uploaded directly to Snapchat or shared with friends via WiFi or Bluetooth connection. Basically, it’ll record your life as seen from your eyes then let you share those memories at the press of a button.

“Imagine one of your favorite memories. What if you could go back and see that memory the way you experienced it?” said the company in a press release when word got out that the social networking site was about to release their Google Glass-esque eyewear. “That’s why we built Spectacles.”

The glasses won three awards at Cannes last month, and pop-up stores have cropped up across the U.S. (they’re also available on Snap’s website). And they’re not horrendously-priced, selling for $129.99 — less than a typical pair of Ray-Bans — and come in black, teal and coral.

Not high-tech enough? Just wait. The company is reportedly working on a second version of the glasses which may also include augmented reality features.

Curious what the videos look like? Click on the YouTube video below to see a review of Spectacles from Wired magazine. (Note: the glasses are more widely available — and less expensive — than when this review was originally posted).

Would you buy these glasses? Tell us your thoughts in the comments below.