These Are My Children’s Best Friends 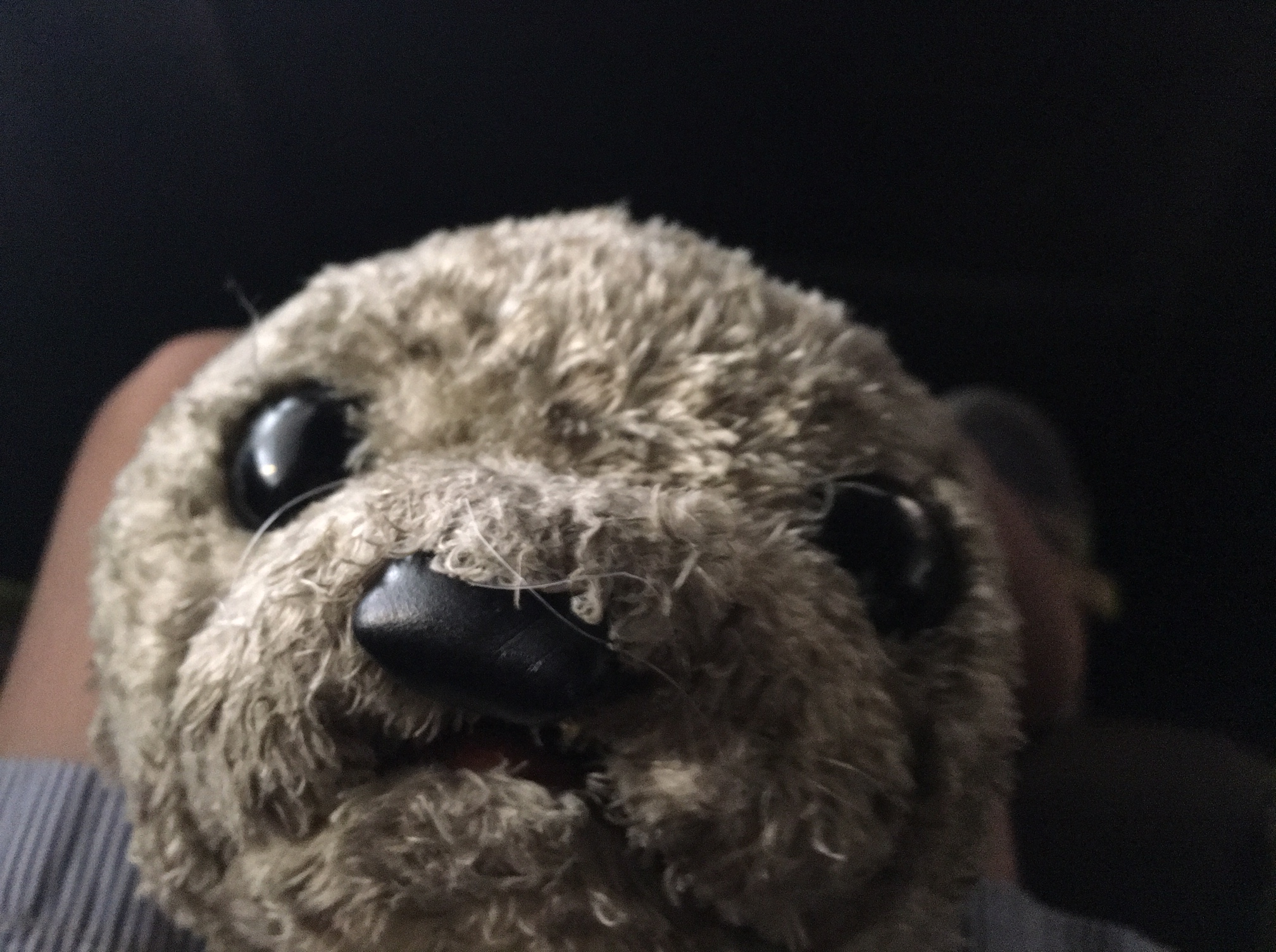 At first glance my children’s lovies—Sealy and Lovey—look dirty and warn, but up close they’re the marks and bare patches only a true best friend can have. They have names, characteristics, likes, dislikes and show unconditional love for my children.

My son had difficulty transitioning from one thing to the next, shoes were hard, new play spaces were hard, food was hard and everything around him was frustrating. We became the parents that let our child go everywhere with his stuffed animal. We knew it was easier for all of us if Sealy was there to comfort Mark. He could cuddle him and everything would be better for the moment.

Sealy became the topic of conversation wherever we would go, “he looks very loved,” strangers who were once parents to young children would say. Others who were not so savvy in the parenting world would say, “Ewww, he looks really dirty.” My eyes would meet theirs in a friendly way and I would simply say, “He’s clean but very loved.” Judgment bounced off of me when it came to my child’s best friend.

As the years passed my second son, Henry, began bringing his best friend Lovey with us as well. Not because life frustrated him, but because his older brother had Sealy in hand and he wanted to do everything just like him.  As I would unbuckle my kids and climb out of the car the kids would say like clockwork, “Mom can you put Sealy and Lovey in your purse?” My purse would be filled with snacks, water bottles and two best friends overflowing at the top. It was the norm and they were just part of our family.

These wonderful friends even became our radar as to what worked for our family. In a difficult kindergarten year, my older son took Sealy to school. He put him in his backpack as he did every year of preschool and that day when he came home we were told by the teacher that Sealy could not join our son anymore. Mark was devastated and unfortunately, the school went downhill from there for us.

Life has a funny way of taking care us because soon after things got even worse, a charter school contacted us and gave us a spot in their school. On the trial day, Mark was beyond scared and mad about the potential change, he was holding Sealy with a fierce grip as we walked up to the classroom. The teacher greeted us at the door and asked, “Who are you holding?”

In a nervous quiet voice, my son said, “Sealy.”  The teacher and I looked at each other and she knew this was the most important thing in his life and as if she could read my mind she said that it would be ok if Sealy stayed with him all day. Mark looked at me with a grin that would make any parents heart-explode with happiness and I knew it was the right place for us.

Now my boys are 7 and 6. It’s amazing how time flies.  My younger boy Henry doesn’t travel with his best friend anymore, but Mark still does. Even though I know he’s a little old to be taking Sealy in his backpack I let him because when he’s ready to let go he will do it on his own.

ABOUT THE WRITER Mary Moran
Hail Mary Food of Grace

A wife, mother of two and chef with deep roots in the Culinary Industry in Los Angeles, California but an Oklahoman at heart. After surgery she reconsidered her goals and dreams of cooking in restaurants and catering and took to writing about everything she loves in kids, cooking and food.
MORE FROM Mary:
Multi-Cooker review, Spinach, Kale and Swiss Chard, Sandwiches for lunch boxes
Red Tricycle > Parenting > These Are My Children’s Best Friends