These Tips Made Our Road Trip around the Country So Easy 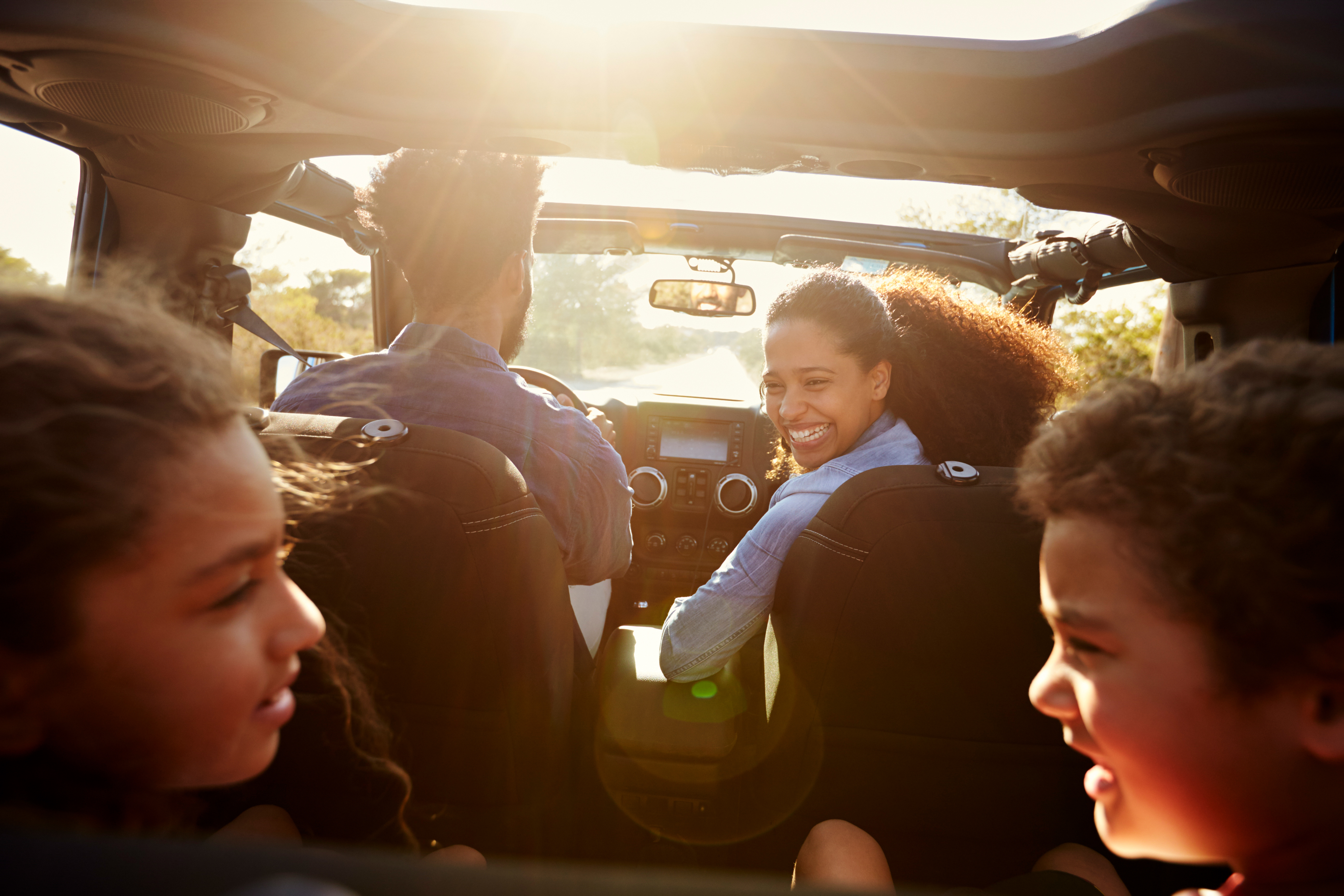 Are you thinking about venturing out on a road trip with your kids this summer? We have road tripped around the country with our kids since they were babies so there are a few things we’ve learned along the way to make our trips run a little more smoothly and be a little more cost effective.

Eating on the road: I like to save my vacation money for our final destination so I hate to spend much of it on the road eating out but feeding the kids is a must. We are not big fast food fans which is the cheapest option, but we have found some decent in between solutions that aren’t fast food but aren’t as expensive as the sit down long wait dining experiences. One of our favorites is Golden Corral because not only does it have options for everyone’s taste buds, but I love that my kids get fruits and I love the salad bar. There’s also dessert included!  We can also eat there as a family of five for less than $50. Pizza buffets we’ve found are also good on the road because they also offer multiple options and we typically feed the five of us for about $35 at those.

Finding a hotel: When we first started traveling we use to just pull off on the highway and pull up to a hotel to ask if they had a room and how much it was. Now we stop at rest stops and pick up those green hotel coupon books where you can find hotels on your route and use the coupons for discounts. But now with today’s technology you can also find hotel deals on apps like Hotel Tonight, and Hotels.com offers you the tenth night free so if you’re on the road frequently like we are using hotels.com is the way to go to get that free night eventually.

Packing: We’ve made it a habit of packing one smaller family suitcase for our short one night stops on our way to our final destination because with five people if I don’t pack a seperate overnight bag it seriously looks like we’re moving in somewhere. However, the one night I didn’t and told everyone to just sleep in their underwear for the night the hotel gave an arriving guest a key to our room at 2 in the morning, and we found ourselves facing a friendly intruder in our underwear so remember the overnight hotel bag and don’t be caught in your underwear.

Safety: We were recently reminded why it’s important to have an emergency kit or certain items in your car when traveling. Fortunately, it was not needed for us but an accident happened in front of us, and my husband was the first on the scene to assist. All we had on us at the time was a flashlight which with it being late at night it was definitely needed, but besides a flashlight, you should have blankets, clean cloth or gauze, medical tape, a knife or scizzors for cutting, gloves of some kind would be nice to have on hand as well as flares. The other safety thing I’ve picked up from other travelers is to dress your kids in the same shirt or at least colors. This helps where if God forbid if anything were to happen you can easily remember what they were wearing or spot them if you lose them in a crowd.

Car activities and snacks: We actually don’t pack an overabundance of snacks and drinks for the car. If the kids are eating and drinking constantly you’re also going to be stopping constantly for someone to go to the bathroom! I may grab a piece of fruit from the hotel breakfast for them to have later in the car and maybe pack some kind of crackers but it’s about one snack per kid. Though electronic devices are great for the car, we don’t use them much. Though I do pack books for them to read too, they also don’t read those much either. At five and eight though they do like their coloring books, word activity books, and card games. They also love to play question games with us on the long ride. 20 questions is a favorite of my five year old, and it actually teaches her good deductive reasoning skills. We also picked this book up on one of our trips that gives these what would you do type scenarios that generate good discussions about what decisions they would make if faced with a certain situation. They also love this roulette song game we play where we take turns and saying stop as we spin through the songs on Spotify and you have to be able to sing the song that plays.

Traveling with kids is a ridiculous amount of work sometimes, but after eight years of doing it I still believe it is completely worth all the hassles and moments of being trapped in your car wondering if you’re all going to make it the next stop without killing one another. My kids love it now and those numerous moments traveling across country will be forever a treasure of their childhood memory box.

I am a teacher, wife, and mom to two daughters and a son. You can find more of my writing in Chicken Soup for the Soul's Multitasking Mom's Survival Guide and Curvy and Confident, on my blog Stepping into Motherhood, or in my book Moms, Monsters, Media, and Margaritas.
MORE FROM Angela:
Author of Moms, Monsters, Media, and Margaritas
Red Tricycle > Spoke Contributor Network > These Tips Made Our Road Trip around the Country So Easy