They’re Not My Little Boys Anymore 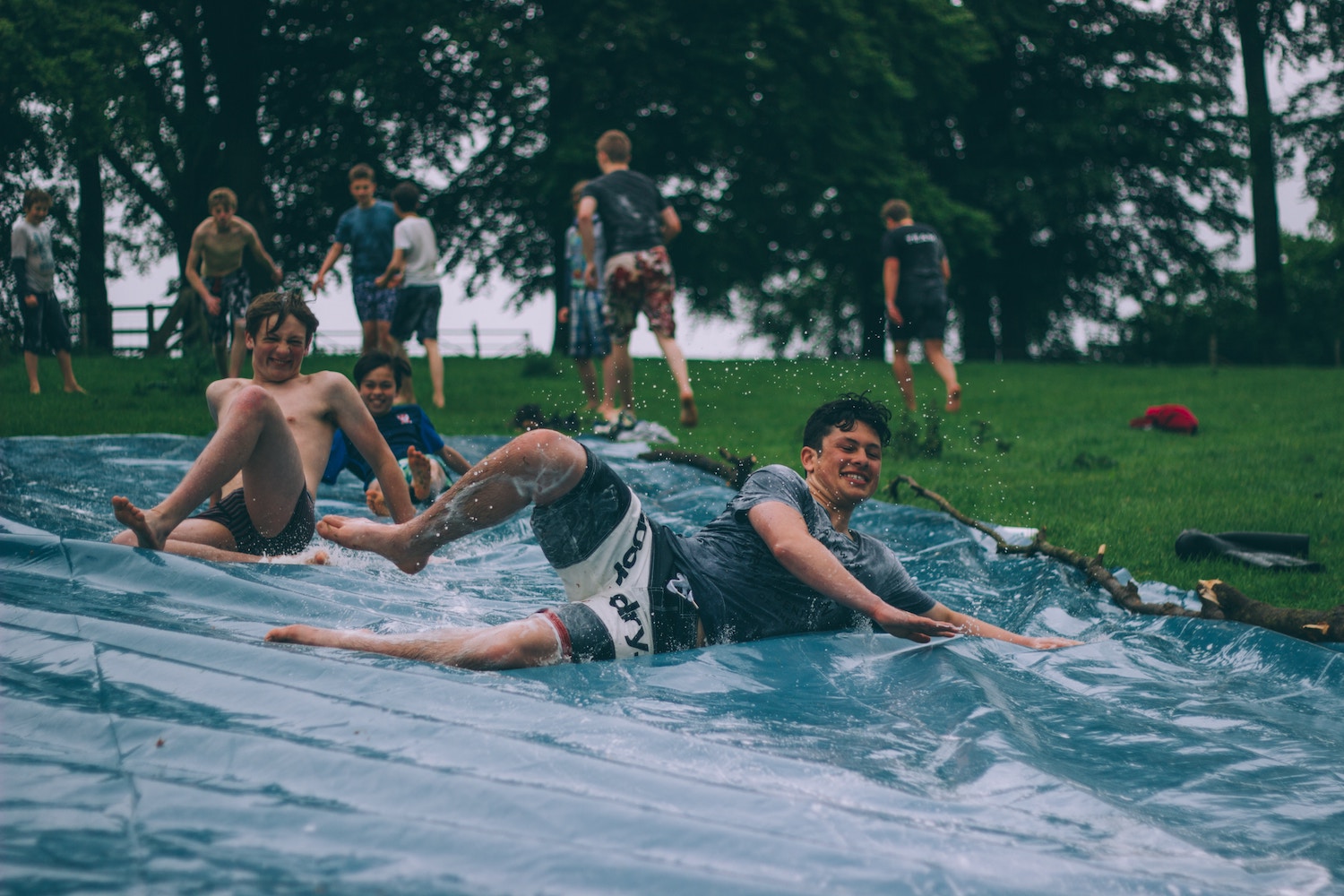 They’ve been a recurring theme this week. Just before my two teenage boys returned from a long vacation, I was at a party where two little boys were jumping, running and entertaining all of us with paper airplanes.

We started talking about the unique exuberance of boys, reminiscing on everything from wrestling matches between brothers to the obsession that unites all boys (trucks). I shared that my one of my oldest son’s first words was backhoe.

That night, reunited with my kids, I got to hear this same son, now 17 and 6 feet tall, recap his vacation. I basked in roughly 15 minutes of glorious chattiness from him before he retreated to the couch behind a blanket and earbuds. My younger son graced me not with words but with a marathon session of hugs and kisses. His response to my questions and silly jokes was the same as it’s been since he turned 15:

(At least it was said affectionately. This time.)

Later, when out for ice cream, I watched as the two of them gleefully walk-wrestled while crossing the street. And when my daughter sat too close to her brother in the car, I heard him laugh as he punched her in the arm.

All of it warmed my heart. But behind this lurked the chilling sliver of fear that tries to cast a shadow on my blessings: what if…?

What if I didn’t get to see these boys become men?

We learned last week that a boy at my son’s school committed suicide. It’s a heartbreak that kept running through my mind as I tried to get to sleep, reminding me of all the conversations I want to have with my boys. This happens often; I rehearse telling them things I want them to know—not just things in general, but from me, their mom. Too often the right moment to deliver these treasure troves of wisdom never comes.

So I’ll share two things here that I want my boys to know. I don’t know why these particular thoughts came to me, but they feel important.

Feelings make you strong. Expressing them leads to power, not weakness.

I watched a Facebook video by speaker Mark Gungor, CEO of Laugh Your Way America, about the differences between men and women’s brains. He described a woman’s brain as a network in which each thought is connected to an emotion, while a man’s brain is a collection of boxes that don’t touch. It’s an interesting analogy; anyone who’s tried to have a conversation with a teenage boy will understand it. But while boys may not be wired to relate their thoughts to their emotions, that doesn’t mean emotions don’t exist in them.

What I want to say to my sons is, “Don’t be afraid to show those emotions.”

Connecting with others is brave. So is asking for help, working together and admitting you don’t know everything.

I don’t imagine that it’s easy being male. As women, I think we have to admit that we send mixed messages. We want our boys to be sensitive, but our men to be strong. We push them to succeed while telling them that it’s lonely at the top. We urge them to make friends while we remain enamored of characters like the Lone Ranger (parents) or Jason Bourne (teens).

That’s why I wanted to write this. In the same way that my older son slugs his sister as a way of interacting, or my younger son hugs me while he ignores every question I ask, I hope I’m telling them something without saying it out loud.

And now that that’s out of the way, I can go scream what two teenage boys really need to hear:

“Get your butt out of bed! It’s nearly noon.”

Tammy Letherer is an author, writing coach and blogger. She holds a degree in Journalism from Indiana University and has enjoyed a long, varied professional writing career. She is the author of a memoir, The Buddha at My Table (release date October 2018) and a novel, Hello Loved Ones. She lives in Chicago with her children.
MORE FROM Tammy:
How Moms Suffer From Senioritis, This Kindness is For You. Pass it On, You Can't Plan an Inspired Life
Red Tricycle > Parenting Advice > They’re Not My Little Boys Anymore