Want to be more productive? You might want to consider becoming a morning person. We asked a handful of entrepreneurial San Francisco Bay Area mothers to share what they do to launch into a successful day (or week), and yup, getting up early was on the list for these organized moms. Here are 10 tasks these boss mamas check off their to-do list before 10 a.m. 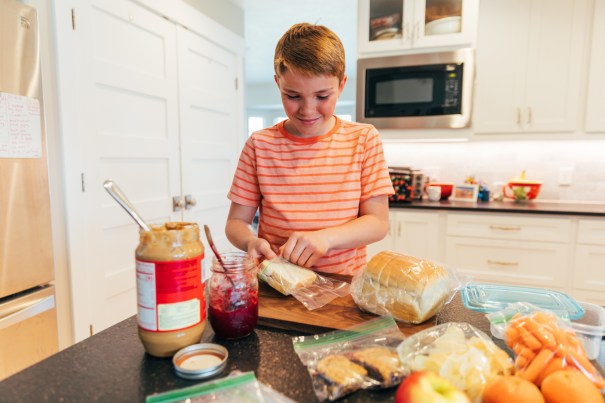 Get the kids on board.

When Erin Wallace's children were 7 and 9, she started teaching them to pack their own lunches each morning, so she had time to prepare for work. "I made sure there were some easy-to-grab basics like baby carrots, chips and fruit, but otherwise left them to pack what they wanted," says Wallace, brand director at thredUP. "Instead of micromanaging their efforts, I let them know there were occasional surprise inspections, and that I needed their lunches to be reasonably healthy and well-balanced. If they passed inspections, they were eligible for 'nutrition-free Friday,' when I promised to look the other way, and they packed themselves whatever they wanted." Wallace said she was surprised how motivated her kids were by this task and found their Friday lunches were funnier than they were unhealthy: dry cereal to Nutella sandwiches and stale Halloween candy.

"Once a week on Fridays, my husband takes my daughter to school, and I do a quick at-home workout in the time that it normally takes me to drop her off at school," says Connie Wong, president and founder of Moderne Press public relations. "This lets me get a cardio workout—albeit short—in at least once a week." 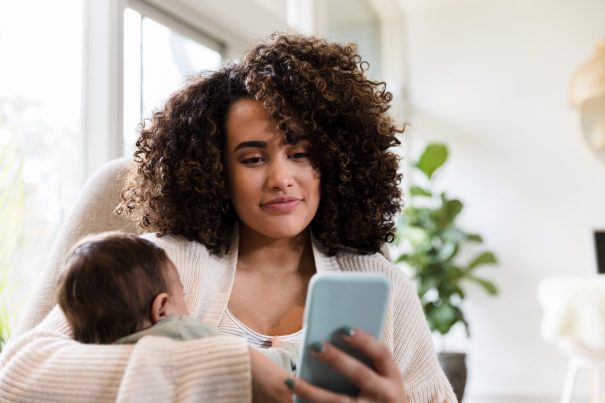 Make the most of every moment.

Stylist and editor Cat Dash is used to being on the go. So, when she's tied down nursing her newborn daughter Coco each morning, she makes the most of her downtime by listening to an audiobook. "So I feel like I'm doing something productive," says Dash. Having an electric kettle on hand also makes it easier for her to heat a quick cup of tea, which always feels like an indulgence in those early baby stages.

Set an alarm for me time.

Lisa Jackson, co-owner of Morningtide shop in Albany wakes up 15 minutes before her boys are out of bed. "I can wash my face, get dressed and take care of myself before taking care of the kids," says Jackson. 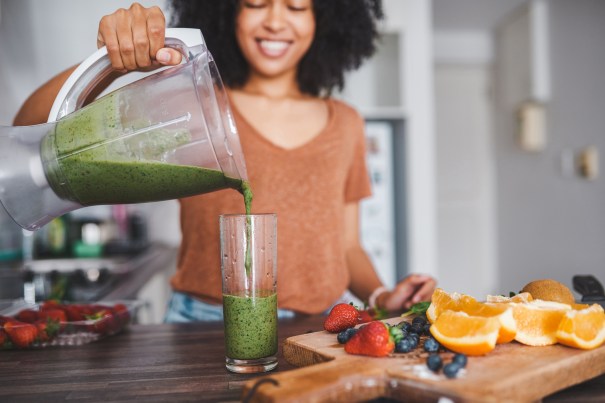 Eat, drink and be a better mommy

Jackson's morning self-care routine also includes drinking a big glass of water. "It's always been a habit of mine since I was a kid—my mom made me do this every morning—and I feel like it wakes my body and mind up." Jackson also makes breakfast a priority. "I like to make a giant green or fruit smoothie. Many times I will make extra French toast, pancakes, or waffles and freeze them so it's super easy to heat up on a school morning," she says. "Sometimes I'll have the kids add fruit or something so they feel like they helped make their own breakfast."

Kelsey Schmidt, director of marketing and partnerships for Elise Green, starts her morning routine every night before she goes to bed. "After the baby goes to sleep, I make his bottles and get anything he needs to be organized for the next day," she says. But she also accepts help, without feeling guilty. "Our daycare opens at 6:30 a.m. and most days I'm waiting there at 6:20 to drop him off. That way I can get the rest of my morning sorted out without the distractions of a little human." 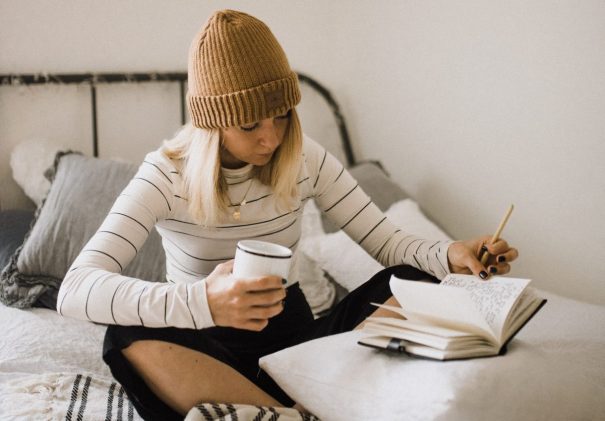 Catherine Weis, founder of the gifting company Bestowe makes a list with three columns every Monday morning. "Column one has the easy-to-do tasks that I know I need to do. Column two has the bigger tasks. Column three is the day of the week," she says. "In column three, I take one big task and place it there and fill in the smaller tasks everywhere else. It's like taking big stones and putting them in a jar and filling up the rest with pebbles."

But Weis isn't the only list maker in the household. On Monday mornings once her weekly list is set, she sits down with her son to help him create one of his own. "We make a list for things that he can do to help out the family, house, himself," says Weis. "This is usually daily and tends to coincide with what he has to do that day: if it's school, we talk about when he wants to shower, read, etc. so that we can all manage expectations." 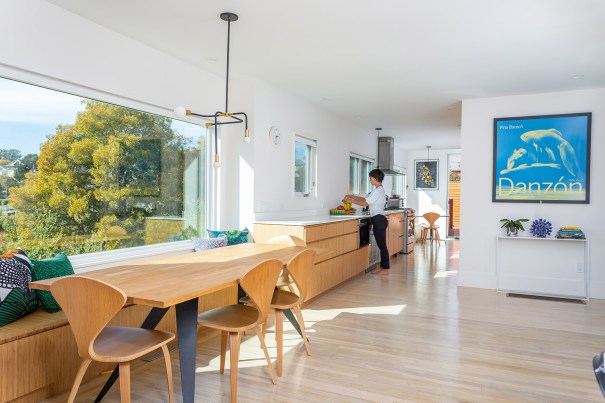 Etienne Fang is a researcher, and creator of Having It All, a project that shares the beautiful diversity of what "having it all" means to women around the world. "After I wake up, I do a 10-minute meditation before the day gets started," she says. "I have a whole ritual around it. I bring out my meditation cushion into the living room, light a giant Le Labo candle, and turn on meditation on Headspace. When I am done, I feel less anxious about the day ahead. And my home smells lovely from the candle."

Get to ground zero

What's next on Fang's morning checklist? The dishwasher. "The simple act of putting clean dishes away in their place is my equivalent of starting with a blank canvas for the day," she says. "If I have to come home after work to a full dishwasher and a sink full of dishes, I would not be able to quickly prepare dinner and shield the onslaught of hangry kids coming home from a long day at school."

40 Tasks You Can Easily Tackle in 5 Minutes

7 Moms Share How They Rock Their Family Morning Routine 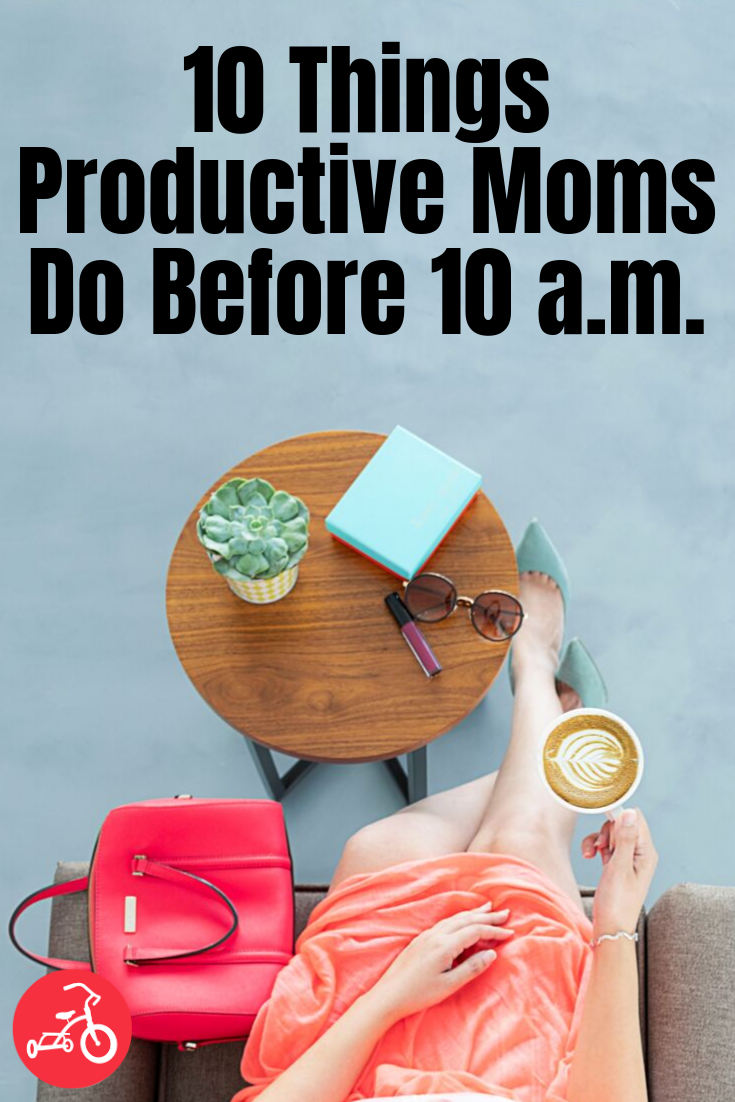