If you see yourself as a cliché nagging parent every time you ask your kids to help out around the house, it’s time to take a step back. Countless studies have shown that assigning household jobs to young kids helps instill life skills that are crucial for becoming a successful adult. To help you out, we’ve rounded up five tips to keep in mind before doling out a chore list. Because at the end of the day, you want much more than a clean house. Keep reading to see them all. 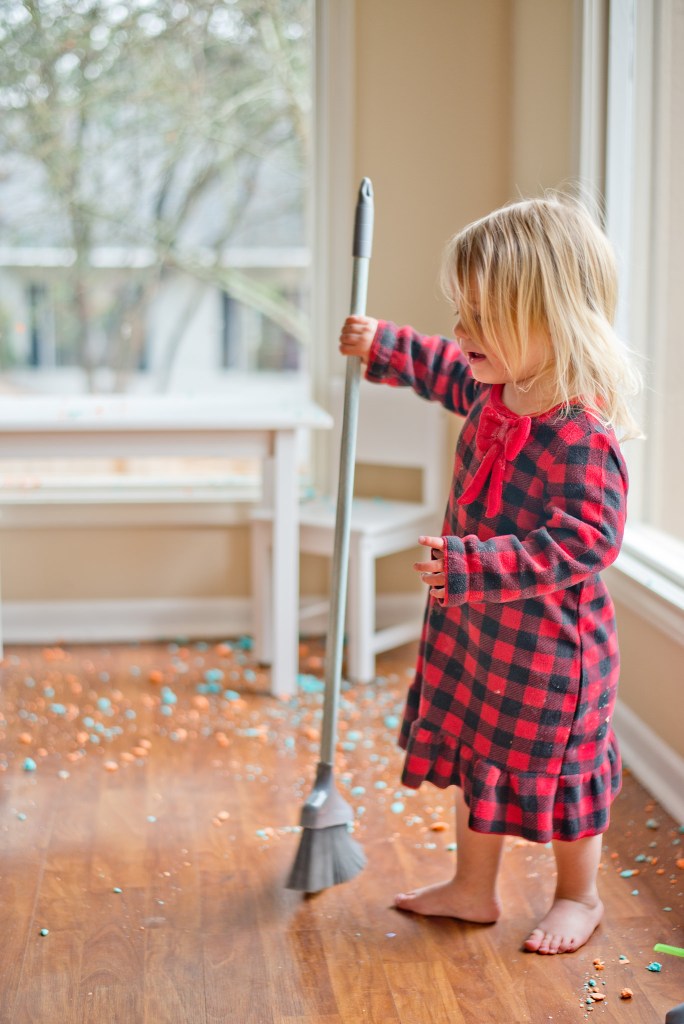 1. Don’t be a perfectionist. It goes without saying that in a “who cleans the dishes better” contest, you’d win hands down over your child. But that shouldn’t stop you from delegating such a task. Why? Because practice makes perfect (You weren’t always a stellar dishwasher, you know?). Also, if you nit-pick every time your kid finishes a chore (or redo it), she’s going to have a negative reaction whenever you ask her to help out. It may not be easy, but in order to help build your kid’s confidence, you may have to set your inner OCD to the side.

2. Think beyond stickers. Kids love stickers and shiny coins, but more than that, they love to feel valued and like they’re part of something bigger than them (Yes, really). Instead of placing another sticker on the chore chart or offering up a perfunctory “good job” after your child completes a task, explain why it was so helpful. For instance, if your tiny helper loads the dishwasher and wipes down the table after dinner, try saying something like, “Dinner clean-up is so much faster when you help out. Now we have more time to play games and read stories before bed.” 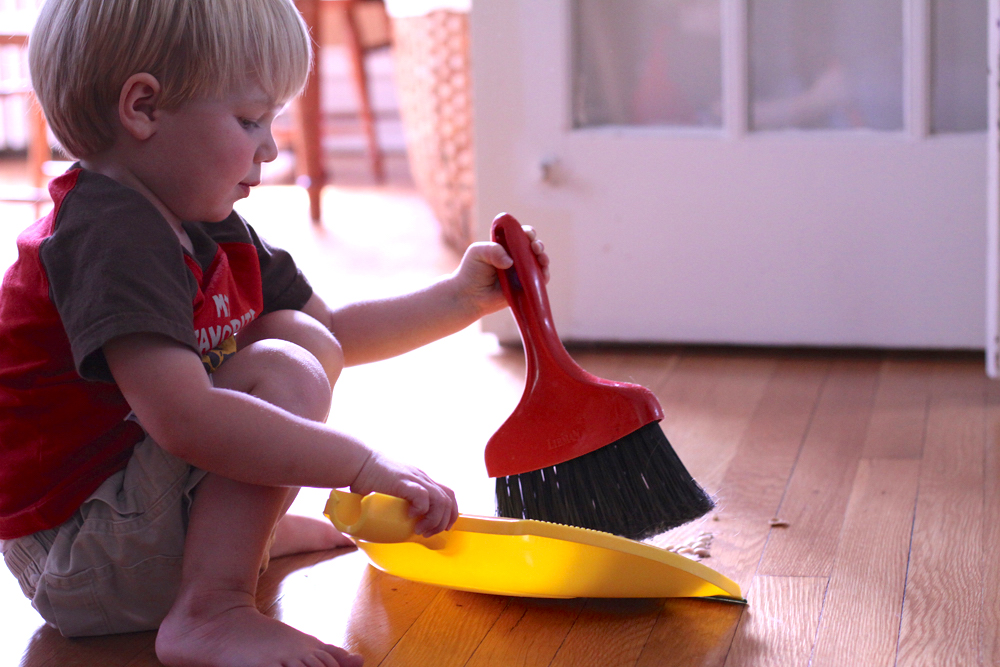 3. Start ’em young. At two or even three years old, it’s unlikely that your child will grasp the concept of a chore. But that doesn’t mean you shouldn’t start planting the seed. Teaching your child at an early age that it’s important to clean up after himself—especially before moving on to the next activity—helps instill the idea that keeping things tidy isn’t ticker tape parade-worthy, but instead, a given. That said, you may need to get creative when putting your toddler to work. Try singing silly songs while cleaning up or placing the toys back in the bin in a fun way. Again, the goal is to make it so pitching in doesn’t seem like a drag. 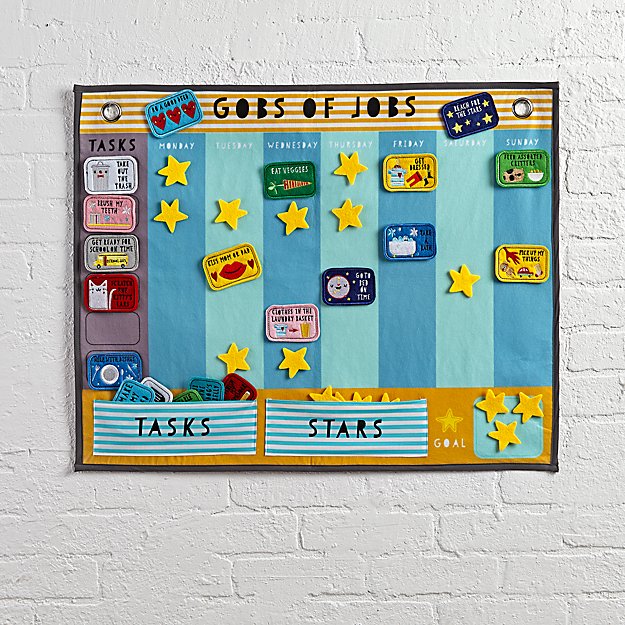 4. Get creative with your reward system. Not everyone believes in rewarding children for doing chores, but if you happen to be in the camp that does, try thinking outside of the traditional weekly allowance box. Hang a chore chart where it’s always visible (the kitchen is a great place), and offer privileges rather than money, such as staying up late one night. Also, offer opportunities for “bonuses.” For example, if your kid goes above and beyond with a particular task or takes another one on unprompted, reward him for his hard work. Having a system that recognizes jobs well done will definitely incentivize your kid more than one that pays a flat rate.

5. Build chore time into your family’s schedule. Just like your children automatically expect to brush their teeth before bed, they should expect a time designated for certain chores—because as every parent knows, kids thrive when there’s a routine in place. Have your kiddos make their bed each morning after waking up (you can draw a picture of a bed and hang it up in their room as a friendly reminder), and automatically start clearing the table after dinner before they move on to playing. Children are a lot less likely to moan and groan this way than if you ask them to do something out of the blue. And, really, who can blame them?