Parents say the darndest things–especially when no one else is around. In public, our parenting can be filtered for social appropriateness. Think: “Of course you can’t have a slice of 10 layer chocolate cake right now–you haven’t eaten dinner.” But once at home our tunes might change (because we all need to occasionally indulge in 10 layer chocolate cake, right??). Here are some examples of how–once we are out of the public eye–we keep it real with the little people we love the most in this world. 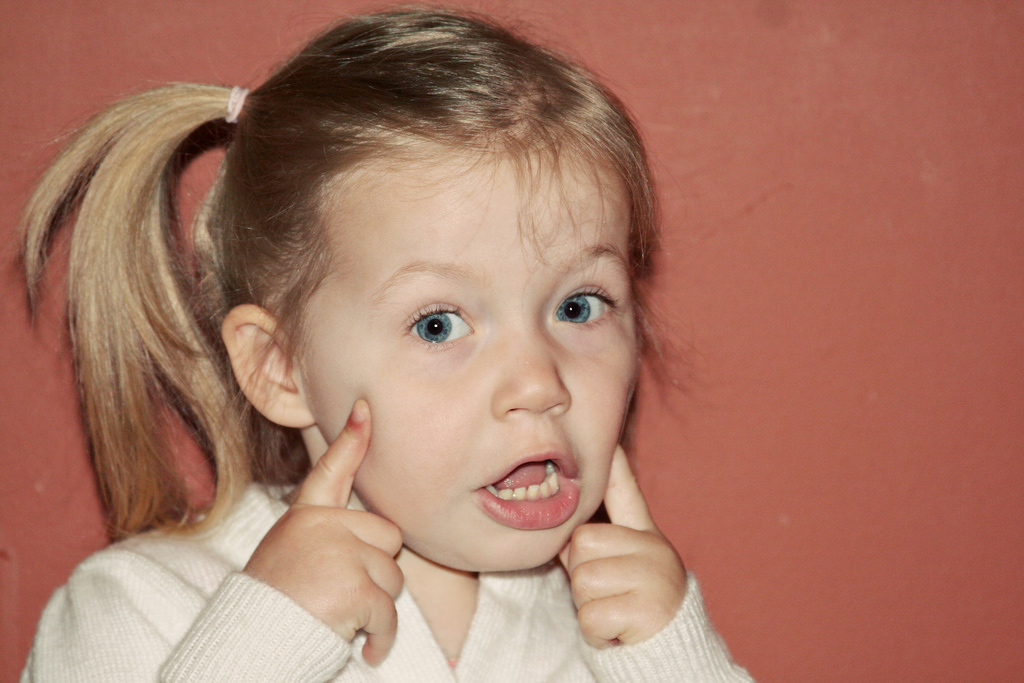 1. “Yes, you can eat dessert for dinner.” Part two to that statement: “Just don’t tell mom.”

2. “I guess I know who loves me.” You swear you only say this when they refuse your hugs.

3. “If you want to live in a pig pen, be my guest.” Obviously it’s not okay, but you’ve tossed out enough plastic pudding cups and chunks of dried up play-doh to last a lifetime.

4. “The next time you misbehave, the people under the stairs are going to get you and take you away.” Yikes! When all else fails resort to scare tactics.

5. “I brought you into this world, and I can take you right back out!” Sounds like something your mom would say. Also…#scaretactics.

6. “I’m telling your dad.” Kids aren’t the only ones good at tattle telling.

7. “Because I said so.” Sometimes we just need to take the easy out.

8. “You don’t really need to learn to tie your shoes–that’s why they invented velcro and slip-ons.” You know it’s true.

9. “I could eat your face.” When your baby is just that cute, you can’t help yourself. Nom nom.

10. “I’ll tell grandma you’re asleep.” Because pulling teeth would be easier than getting your kid to talk on the phone right now.

11. “Get it together!” Whether they’re old enough to understand what that means or not, subconsciously, it’s a verbal declaration that’s as much for you as it is for them.

What do you say to your kids when no one else is listening? Tell us in the comments below.