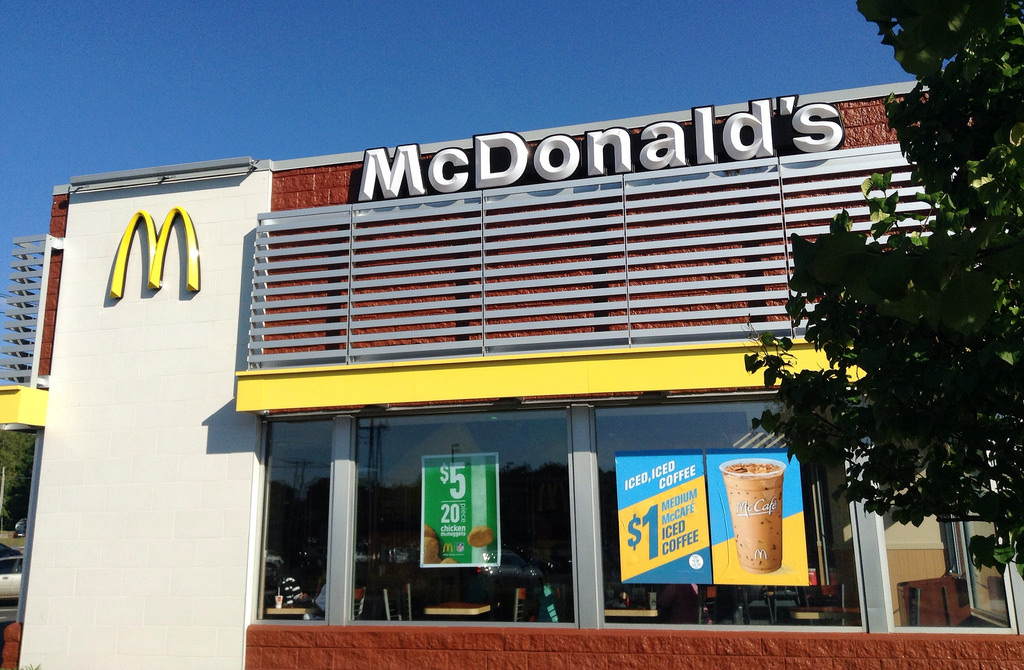 How many times has your child asked for McDonald’s? The tiny plastic toy in that salty, greasy, super-tasty Happy Meal beckons. And your child is hearing the call. But you’re more into salads and sandwiches than fries and burgers. So you say no. Well, apparently that’s not stopping some kids. At least, not one in particular.

Australian reality star Annie Nolan knows first-hand that when a child wants McDonald’s, he’s going to get it — and nothing will get in his way. Nolan recently shared her story to Australia’s MamaMia. And it is something that we all kind of fear, but still find hilariously entertaining.

The mama was at home with her MIL when she got a call from a stranger waiting at the door. Hmm. That’s never good. That is, unless that person happens to have a massive check and tells you that you just won something like $1,000 a week fir life. But that wasn’t what was happening here. Nope.

When Nolan answered the door she was greeted by a man holding a McDonald’s bag. If you haven’t heard by now, the fast food giant now delivers — via UberEATS. Nolan’s first thought was that someone had made a mistake. She hadn’t ordered from McDonald’s. But her 6-year-old son Malachy had.

How did the little boy order his McDonald’s meal? He found mom’s old iPhone, charged it up, put in her passcode and like magic…ordered from the app (her credit card info was saved in it).