It’s that time of year again, when children of a certain age start to cast some serious side-eye at this whole “Santa Claus” thing. There are millions of children who buy into the magic—I even let my kid believe in Santa, and we’re Jewish. But for every child who awakens in wonder every morning in December to see that the Elf on their Shelf has magically moved of its own accord while they were sleeping, there are definitely the Debbie Doubters. Take for example this Redditor’s daughter, who went to amazing lengths to prove that Santa’s not real with the “help” of her family’s Elf on the Shelf. 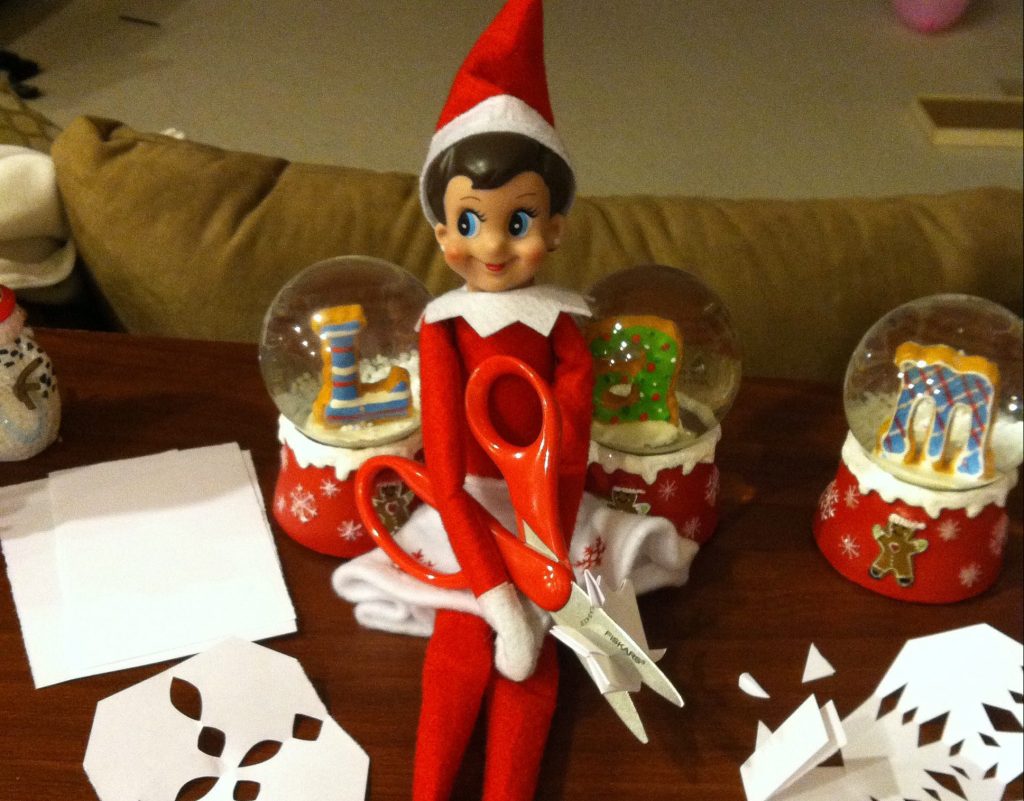 Redditor MonsieurMacAndCheese posted a lengthy comment in response to another Redditor’s post of a ridiculously well-done “dubbed” gif of the famous “You can’t handle the truth!” scene from A Few Good Men. (Which, if you have two minutes, stop what you’re doing and watch this gif because it might be the funniest “Santa’s not real” conversation I have ever seen.) I’ll let MonsieurMacAndCheese take it from here:

My daughter is 7 years old but still a ‘young’ 7 and so we thought we could keep the belief in Santa for at least one more year.

But four days ago she came up to me with a notebook in hand and asked to hold a family meeting. So husband, baby brother, the dog and I gathered together in the living room where she announced, with a tone that was most serious, that she’s come to the conclusion that Squint (elf on the shelf), is not real and therefore she doesn’t think Santa is real, either. She then proceeded to show us her notebook which contained notes of various experiments she had secretly conducted upon Squint.

The first experiment was to touch and move the elf, which kids are not supposed to do according to the book because it takes away the elf’s magic. She noted that Squint still moved that night.

She cuffed Squint’s hands and feet with pipe cleaners but noted he still moved that night. She told him to move to specific areas under the bribe that if he does, he will find treats. But he didn’t consistently move to those spots and has yet to find the treats, etc.

The night before the family meeting, the last experiment she did was to put scissors over Squint’s legs and close them ever so slightly to see how Squint would respond, stopping just short of actually cutting Squint’s legs. She said that any living thing would not have trusted her to stop and would have moved away or fought back and therefore, he’s not real.

Admittedly I was a bit disturbed, but we had a big talk away from her little brother and asked her to please not spoil the magic for him, which she promised not to do.

Um, amazing. This inquisitive little girl is going places. Where those places are, I’m not yet sure. But she’s got quite the future ahead of her—black ops interrogation, perhaps?

How did you break the news to your little ones about Santa, or how did they surprise you that they knew all along? Share your Santa reality shattering tales in the comments!