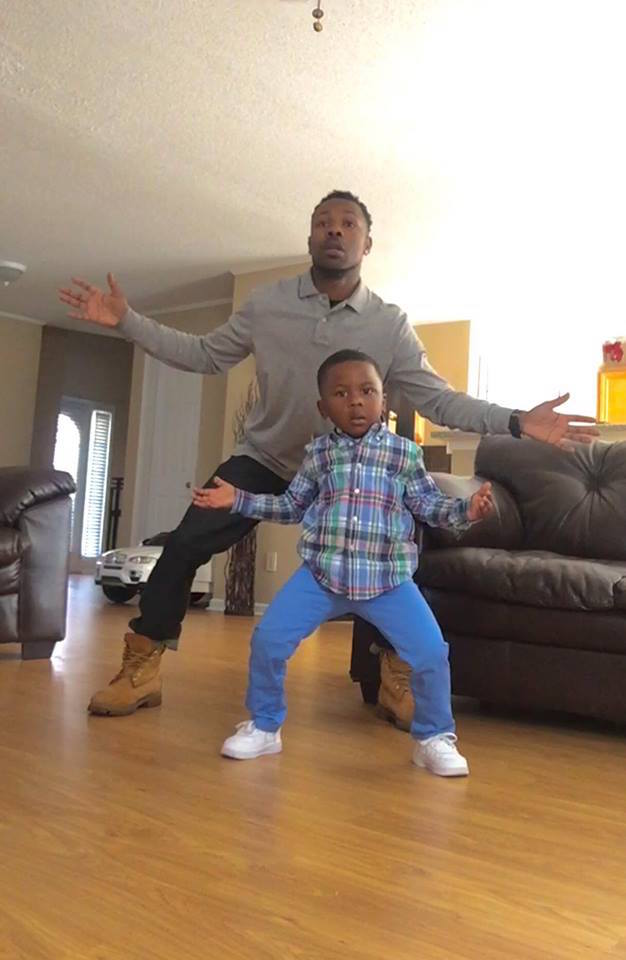 The alphabet song has been around for an eternity, so it’s probably about time that it got a little bit of a remix. You’ll never want to sing the ABCs the same way again after watching the video below of an adorable four-year-old and his dad rapping the ABCs.

Twinning it with matching outfits and coordinated dance moves, father Stanley Freehand and his four-year-old son, Josiah, started filming and posting their awesome moves to his Instagram feed, father_like_sonent2404, simply as a fun activity to bond over. It’s their hip hop rendition of the ABCs that is blowing up the Internet with love, however. It’s impossible to watch without smiling and bouncing along to the beat.

In case you can’t get enough of this catchy tune, you can even download it now on iTunes and listen to it while you share some family dance time of your own.

What’s your favorite song to jam to with your kids? Share your thoughts in the comments.