This Awesome Police Officer Made a Homeless Girl’s DAY 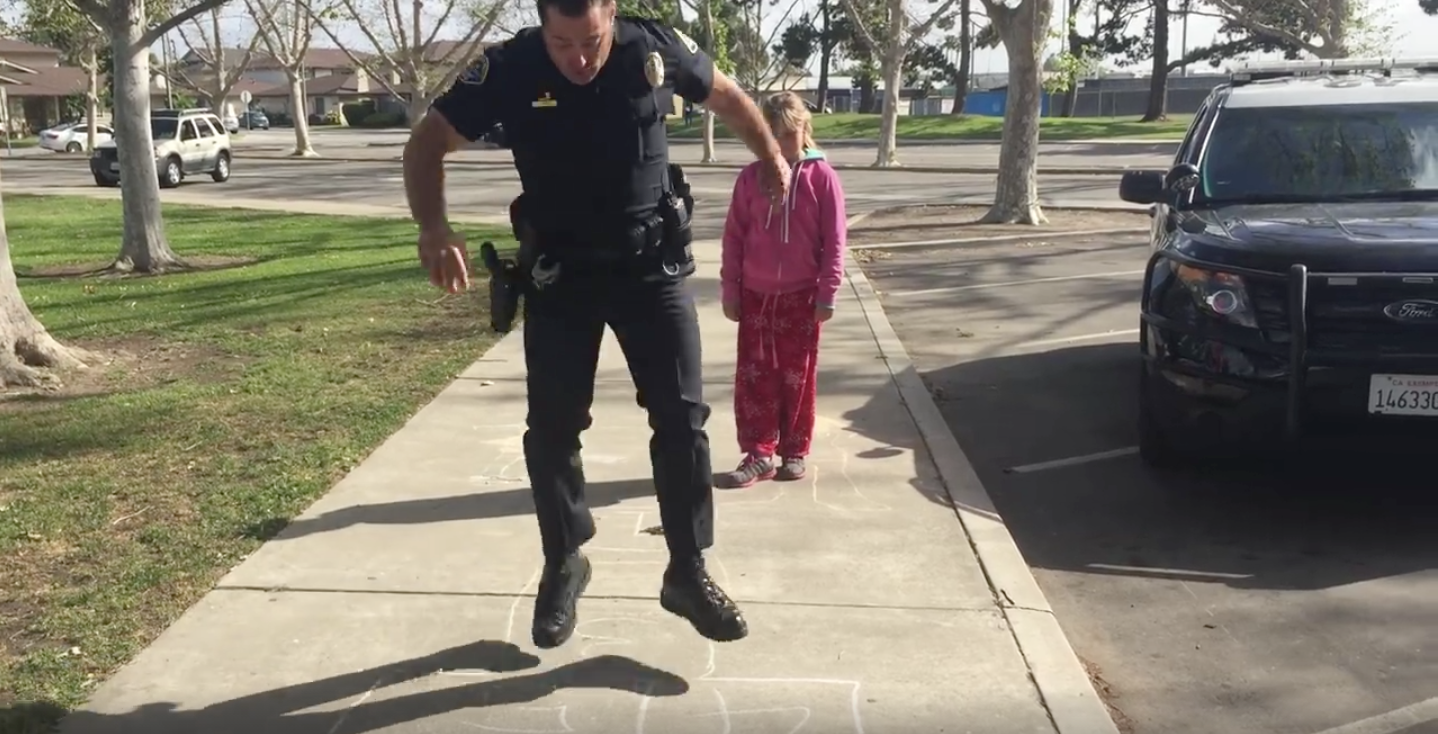 The uplifting video of a police officer teaching a young girl how to play hopscotch has gone viral. Huntington Beach Police Department posted a video last week of Officer Pricer displaying his playground knowledge. An officer at the scene was called due to a suspicious occupied vehicle. The officer soon learned that it was a mother and her daughter living out of their car. As housing accommodations were being made, Officer Pricer thought it would be best to bring a some smiles to the daughters face. Way to go Officer Pricer & HBPD!

What was your favorite playground game? Tell us in the comments below!