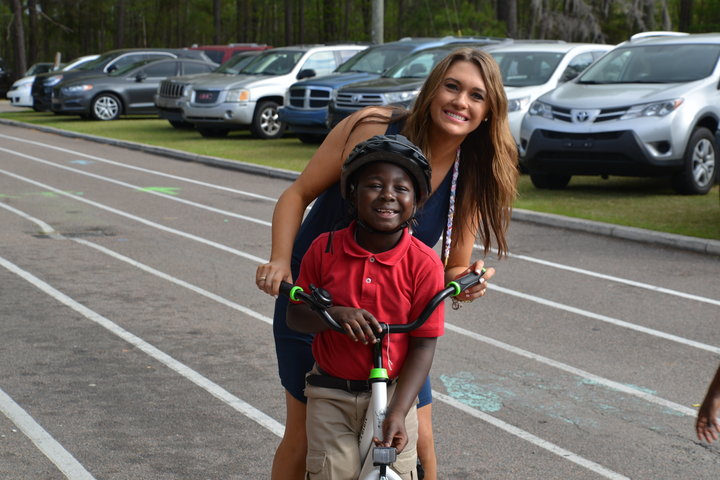 First grade teacher Katie Blomquist set out on a noble cause nearly a year ago that recently paid off. After learning that the majority of her students couldn’t afford their own bikes, she decided to buy one for each child in the entire school. Check out the video below to witness the kids’ amazed reactions.

In September of last year, Blomquist started a GoFundMe campaign called “Every Kid Deserves A Bike!” In seven months she managed to raise over $80,000, which she used to purchase a new bicycle, as well as helmets and bike locks, for all 650 students at Pepperhill Elementary School in North Charleston, South Carolina. Blomquist believed that the bikes could have an impact on the kids’ quality of life. She explained to the Huffington Post, “A bike represents so many things. It represents a sense of ownership, of freedom, exercise, transportation, but most importantly it represents the basic childhood right ― a right to joy.”

Blomquit is not stopping at the bikes, and has already created a new GoFundMe campaign for a charity she has launched called “Going Places” that hopes to help provide more opportunities for kids of low-income families.

What’s the most inspiring gift you’ve ever received? Share your thoughts in the comments.