This Inspiring 14-Year-Old Is A College Math Teacher 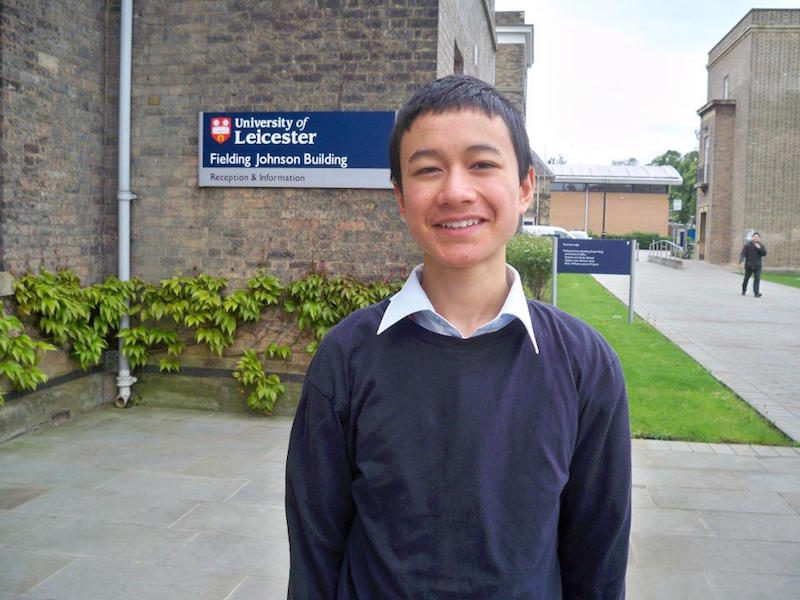 Yasha Asley isn’t old enough to drive a car, but he can command a classroom full of college students at the University of Leicester in the U.K. At age 14, Yasha officially become not only the University’s youngest student, but also its youngest teacher. Read on to find out more about this incredible kid.

At age 13, Yasha applied for and beat out several adults for the part-time job as a lecturer in the math department at the University of Leicester, where he is also a student. The job involves giving weekly tutorials to adult students who need extra help. As a child math prodigy, Yasha earned the nickname, “the human calculator.” He also skipped the British equivalent of high school, earning his spot as a University student at age 12. He’s now finishing his last undergrad year and plans to start his PhD after.

Yasha is proud and excited about his accomplishments, as he should be, telling the Daily Mail, “I am having the best years of my life. I love going to university and I love my new job helping other students.” The only one possibly more proud of his accomplishments is Yasha’s dad, Moussa Asley, who raised him as a single father. “‘I am just so proud watching him flourish and grow doing something he loves.”

What do you think of Yasha’s amazing journey? Share your thoughts in the comments.