This Is How You Can Get Paid to Move to Italy 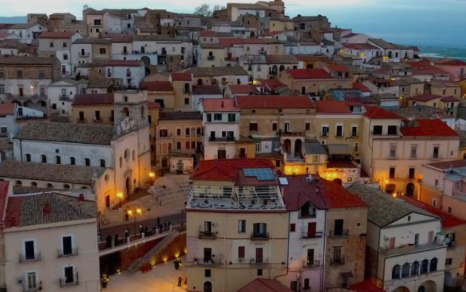 You’ve probably daydreamed at least once about whisking your family away to live in a completely different place. Now, one picturesque Italian town is making it just a little bit easier to turn that whimsy into reality by paying you to move there.

According to CNN, the mayor of Candela, a sleepy little town in Puglia, is hoping to revive his beautiful city to its glory days by enticing more residents to move there. “I work each day with passion and commitment to bring Candela back to its ancient splendor,” mayor Nicola Gatta said in the interview. “Up until the 1960s, travelers called it Nap’licchie (Little Naples), for its streets full of wayfarers, tourists, merchants, and screaming vendors.”

In the ‘90s the little town had more than 8,000 residents, but now that number has dwindled to just 2,700. If the beautiful homes with stunning terrace views aren’t enough to draw in new residents, then the mayor is offering cash to people willing to move in. The city will pay families of three 1,800 euros, and families of four or more 2,000 euros to relocate. They are also offering tax credits on city services like waste disposal. The only catch is that you must pay to rent a house and have a job that pays at least 7,500 euros per year.

The town has plenty of other excitement to offer families, including food and art festivals. Each year, the city also revamps a three-story house where Santa and his elves, played by paid actors, take up residence for a month for kids to come and visit.

Have you ever thought about moving your family to another country? Share your dream destination in the comments below.