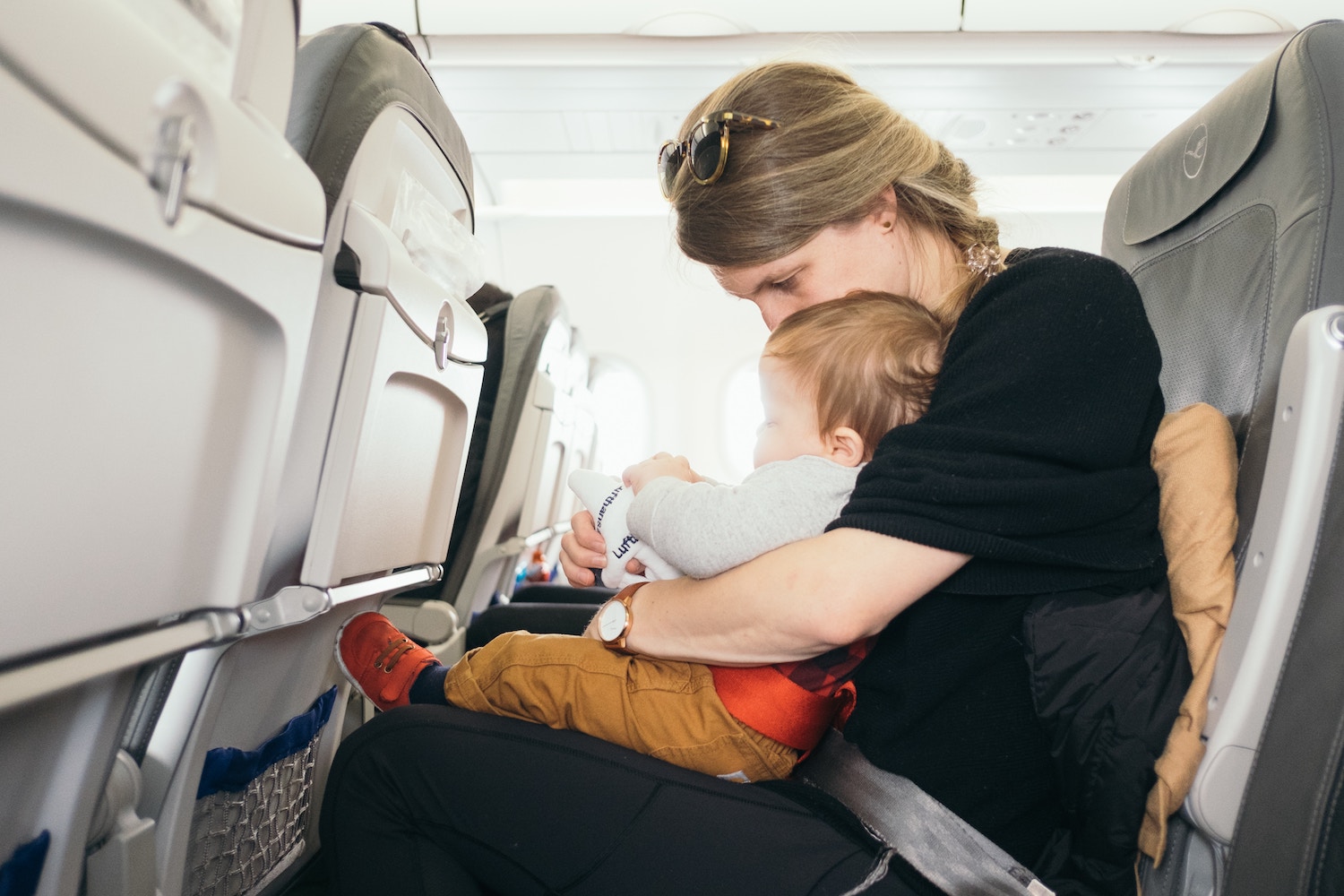 Before having my two beautiful children, I traveled for business—a lot. At least three out of every four weeks I was on the road. I had packing down to such an exact science, my carry-on luggage—which I had nicknamed “Wheely One”—had never circled a baggage claim carousel.

And then we had our first child. He was 2 months old when we took our first trip. We live in San Francisco; my husband is originally from Toronto. How bad could travel across the country be with a two-month-old infant who only eats and sleeps?

The first clue should have been the packing. I remember trying to stuff everything into Wheely One, before falling back on my heels in frustration. It wasn’t as if my son’s clothes were that large—once folded, they could fit all in one hand.

It was the many other items we now needed in order to function: bottles, bottle cleaners, diapers, pacifiers, lovies, blankets. And don’t forget the bulky sound machine my son had become addicted to. (You don’t mess with any device that could possibly guarantee a few hours of uninterrupted sleep.) When I called my mother to ask to borrow a large suitcase, she warned, “The smaller they are, the more they need.”

That flight might as well have been destination hell. The first two hours our son screamed non-stop. When he finally quieted, the entire airplane breathed a sigh of relief.

Then he explosively defecated. And no matter how many ways I attempted to calculate the trajectory, I couldn’t understand how his poo ended up in his hair.

Having followed standard parenting travel protocol, I’d brought a spare outfit for him in my carry-on. But no one had suggested I pack a spare outfit for me as well. The flight only deteriorated from there, and by the time we reached customs, we were so frazzled and disgusting, the agent hesitated to let us into the country.

But we had a second child and we learned and adjusted. And as my mother predicted, the amount of baggage we traveled with grew and then slowly shrunk as our children aged. Eventually, our children turned 7 and 9—which some refer to as the Golden Age to travel with kids.

The kids will remember the trip and the sites they see, they can self-entertain on the plane, and they are still young enough to actually want to spend time with their parents. We planned a summer trip to Europe to take advantage of this perfect age. But then our son was diagnosed with type 1 diabetes, an autoimmune disease we knew next to nothing about.

Antibodies in my son’s body had mistakenly begun to attack the beta cells in his pancreas, and there was no way to stop them. Beta cells secrete insulin, and without insulin, blood sugar will skyrocket until the body goes into a diabetic coma, eventually resulting in death.

Every carbohydrate that entered his body had to be calculated and counted and covered by a shot of insulin. Our son was now insulin-dependent; and a boy who was deathly phobic of needles now needed to be stabbed three to seven times a day.

Instead of taking off to Europe two months after diagnosis, we aimed our sites a little lower and drove across the Golden Gate Bridge to Point Reyes. The trip was a nightmare. Our son was still extremely emotionally fragile and lashed out continuously—especially when I was chasing after him with a needle.

I was a neurotic mess trying to weigh his food and determine how many carbs were in a dinner roll, a waffle and a fruit bowl. I spent the majority of the trip crying on my husband’s shoulder. When we finally drove back across the Golden Gate to return to the city, my husband looked across the car at me, emitted a long-suffering sigh, and said, “We made it,” as if we’d executed some sort of James Bond mission and extracted top secret documents from a safe in the Kremlin instead of simply trying to return our family to the land of the living.

But, like all of life’s circumstances, you eventually adjust. Over time, our son became used to being poked and prodded with needles multiple times a day. His emotions returned to those of a normal ten-year-old, and we couldn’t be prouder of the responsible and strong young man he has become.

Now, a year after diagnosis, we are in the midst of packing for that postponed Europe trip. I remember last year contemplating the least number of bags we’d need to bring for four people for two weeks. Well, now we have an extra layer of complexity. The amount of medicine and technology my son needs to stay healthy and alive borders on ridiculous. The endocrinologist recommends bringing double of everything in case something goes wrong.

I’ve spent endless hours on the phone with doctors and insurance trying to obtain vacation-overrides on over sixteen prescriptions so we will be covered. What used to be our 6-inch medicine bag has now morphed into two huge backpacks.

Since it’s too risky to check the medicine, we have to bring these two backpacks through security. And half of the devices (including my son) are not allowed to go through a metal detector. There is one device that can’t even be removed from its box since it will automatically activate. This device costs $800 and I gave the last TSA representative at SFO an earful when he reached his hand into the box to lift it out despite the huge bold print across the top warning you not to. Now I have to somehow convey this in another language.

And then there is the issue of how to keep the insulin cold while travelling—but not so cold it freezes, how to safely dispose of hazardous waste in other countries, how to rent a spare insulin pump in case my son’s becomes damaged, and how to determine the carbohydrate count of foreign food.

Is it a pain? Yes. Is it worth it? Definitely. Not only do I want my children to see the world and experience other cultures, I believe now more than ever we need to prove to them nothing has changed. My son—and this family—can still lead a normal life. It may not be as easy as before and it may require significantly more effort, calculation, and baggage, but it will be worth it for my children to know nothing will stop us.

In hindsight, that trip we took many years ago when my son was just 2 months old now looks like a walk in the park. But one day, I’ll hopefully look back on this trip to Europe and ruefully shake my head at my nervousness and anxiety.

As my son has valiantly taught me this past year, we can all eventually adjust to most anything. 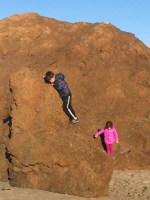 ABOUT THE WRITER Jennifer Pliner
I presently work in the non-profit industry and as a writer. My two passions recently converged when our son was diagnosed with type I diabetes. Now I use writing to bring awareness to an autoimmune disease that is expected to double in diagnosis and impact increasingly younger children.
Red Tricycle > Parenting > Baby Help > This Is What It’s Really Like to Travel with a Child with Chronic Illness