This Mom And Her Ex Do Family Photoshoots Together, Despite Not Always Getting Along 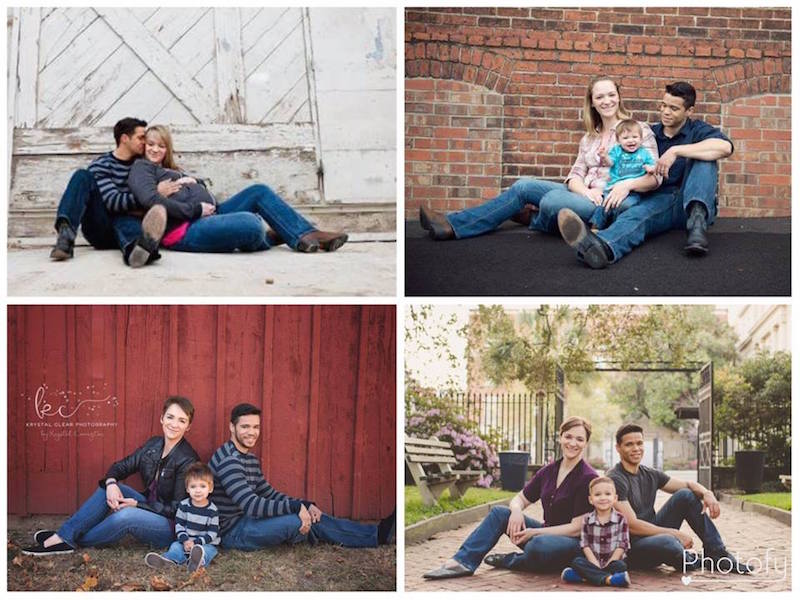 Arranging the perfect family photoshoot can be stressful enough, but when a couple gets divorced it can put a real damper on attempts to get genuine smiles. One couple is setting aside their differences to document their family in pictures, despite the fact that they are no longer married.

Victoria and Adam Baldwin are divorced, but together they co-parent a young son. Recently, Victoria decided to share some family photos to the Love What Matters Facebook page with a detailed explanation of the unusual nature of the pictures. “The top two photos,” Baldwin writes, “were taken when Adam and I were married. The bottom two, taken nearly one year and over two years after our divorce was finalized. We are not in love, we don’t always agree, we’re not best friends, sometimes we don’t even like one another. But you know what we are? We are forever connected because of our beautiful, smart, kind, compassionate, funny son.”

Despite the fact that they don’t always see eye to eye or even like each other, Baldwin explains that the two made a pact when they divorced to always put their son first and value each other’s contribution to his upbringing. “He may not grow up with parents who live in the same house… but he will grow up to see respect, kindness, empathy, compassion, perseverance, flexibility, and even sacrifice being modeled by both of his parents and he will know it is possible to fall out of love but never fall apart.” It’s impossible to be inspired more by two people falling out of love.

What do you think of the Baldwins’ decision to keep taking family pictures? Share your thoughts in the comments.

Red Tricycle > Uncategorized > This Mom And Her Ex Do Family Photoshoots Together, Despite Not Always Getting Along