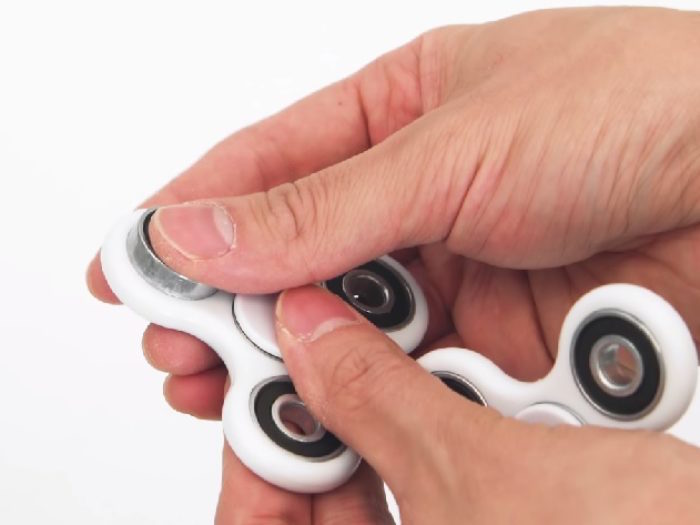 You might be tired of hearing about fidget spinners by now, as they have officially permeated every playground and office space in America, but one YouTube user came up with a clever way to appreciate these addicting devices in a whole new way. Using nothing but fidget spinners and a fidget cube, he composed an entire song — and it’s it pretty catchy.

YouTuber Andrew Huang is no stranger to creating songs with unusual instruments. In the past he’s used water bottles, balloons, and even dogs to create some unique tunes. His fans requested that he attempt a new song using fidget spinners; in fact it was his most requested song ever.

Huang had never touched a fidget spinner before he purchased one for his project, but like the rest of the country, he was immediately hooked the second his fingers touched it. “I thought it was kind of a weird trend,” Huang explains in the video. “They arrived yesterday, and I’m already addicted.”

Huang details every part of his process, from his first spin to his completed techno song, so if you have any musicians-in-the-making, they might just be inspired to create their own fidget spinner songs.

Did this song get you up and moving? Share your thoughts in the comments.