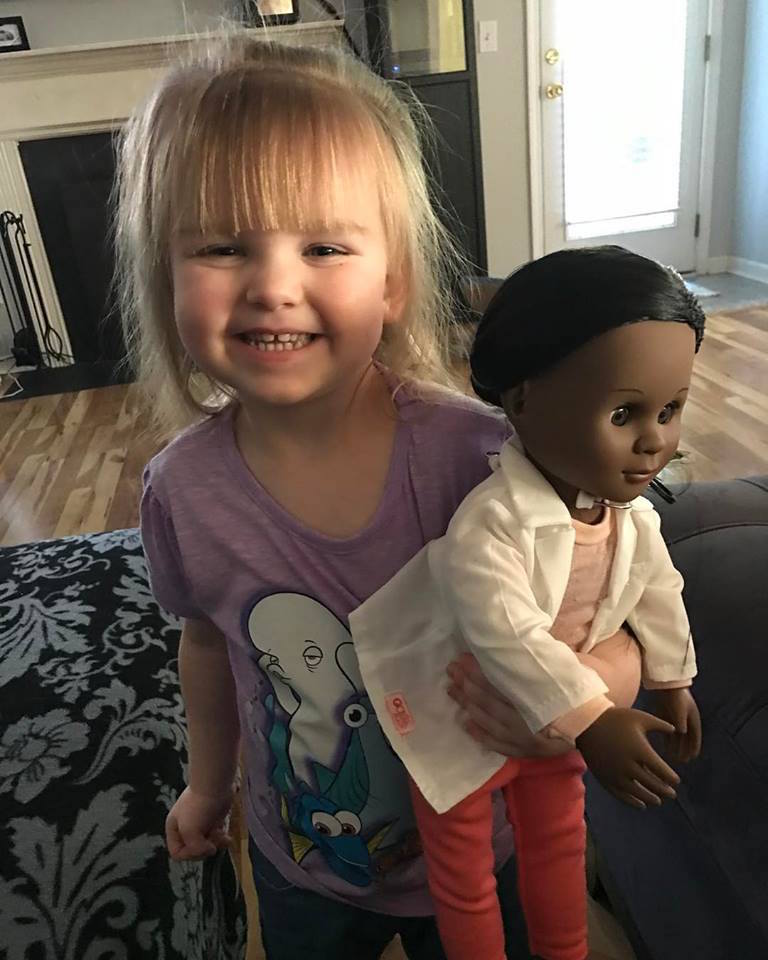 When one very wise toddler named Sophia accomplished her goal of pooping in the potty for a full month, she earned a trip to the store to pick out a brand new toy and selected a doll. Unfortunately, the cashier was not nearly as woke as this young lady, and suggested Sophia might like to pick a doll that “looked more like her.” Keep reading to find out how she swiftly shut down the cashier.

Sophia’s mom, Brandi Benner, posted her story to the Love What Matters Facebook page, explaining that while they were checking out, the cashier kept questioning her daughter’s selection, seemingly baffled by the choice. “The woman gave me a puzzled look and turned to Sophia and asked, ‘Are you sure this is the doll you want, honey?’” Benner writes.

Her daughter of course, responded yes, but the cashier continued to push, “But she doesn’t look like you. We have lots of other dolls that look more like you.” Benner was appropriately pissed off, but before she could give the cashier a piece of her mind, Sophia swooped in with the most awesome response possible. “Yes, she does. She’s a doctor like I’m a doctor. And I’m a pretty girl and she’s a pretty girl. See her pretty hair? And see her stethoscope?’” Perfection.

The best part is, Benner’s post inspired hundred of other parents to share inspiring pics of their kids with their own multi-racial dolls.