TIME, TIME for Kids and Nickelodeon have finally announced the winner of the 2020 Kid of the Year and 15-year-old scientist and innovator Gitanjali Rao from Colorado has taken home the prize. The multi-platform initiative has set out to recognize young leaders who are making a positive impact in their communities, and Rao is no exception.

She and other top finalists will be honored during the Kid of the Year TV special hosted by Trevor Noah on Fri. Dec. 4 at 7:30 p.m. The special will be aired on Nickelodeon, TeenNick and Nicktoons and will feature guests stars such as Kristen Bell, Simone Biles, Billie Eilish, Rob Gronkowski, Neil Patrick Harris, Chris Hemsworth, Ken Jeong, Angelina Jolie and Malala Yousafzai. 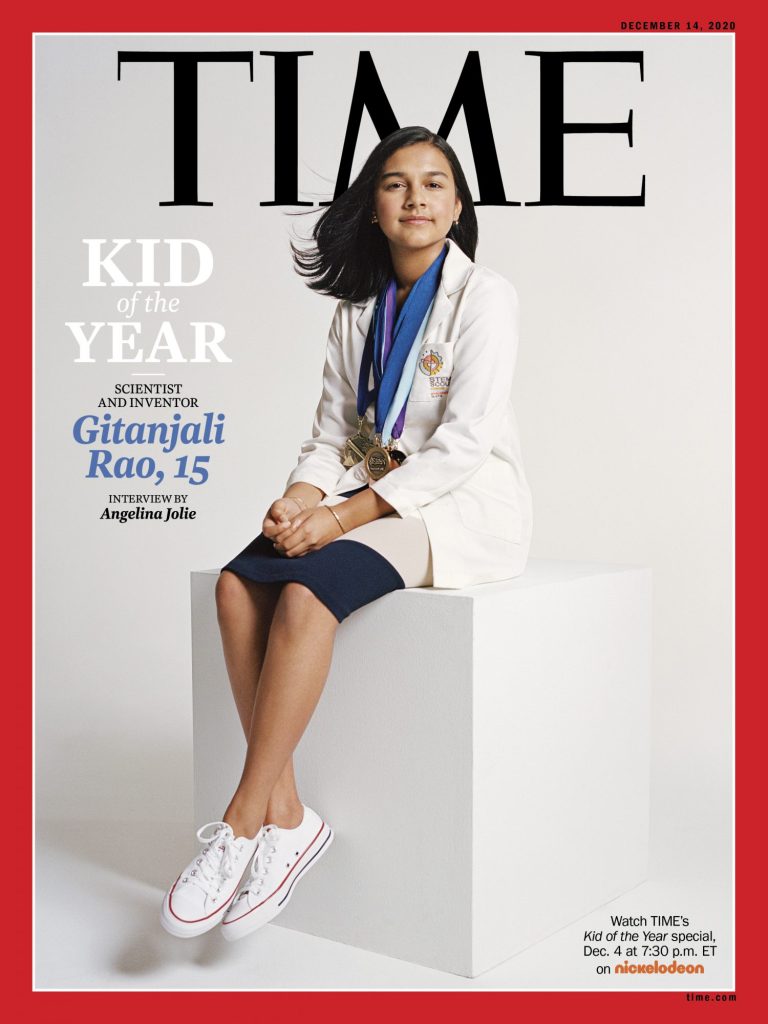 Rao sat down with Angelina Jolie in an interview to discuss her work with technology. “I don’t look like your typical scientist. Everything I see on TV is that it’s an older, usually white man as a scientist…. My goal has really shifted not only from creating my own devices to solve the world’s problems, but inspiring others to do the same as well. Because, from personal experience, it’s not easy when you don’t see anyone else like you. So I really want to put out that message that anybody can do it. If I can do it, you can do it, and anyone can do it.”

The top five Kid of the Year honorees will receive a cash prize and will serve as a Kid Reporter for TIME for Kids at a Nickelodeon event. You can find more information about the program at KidoftheYear2020.com, and don’t forget to pick up a copy of the Dec. 14 issue of TIME featuring Gitanjali Rao on newsstands this Fri., Dec. 4.

You can read the entire story also at time.com.

Doing Good at Any Age: 4 Inspiring Kids Changing the World

15 Kid-Invented Products We Can’t Get Enough Of