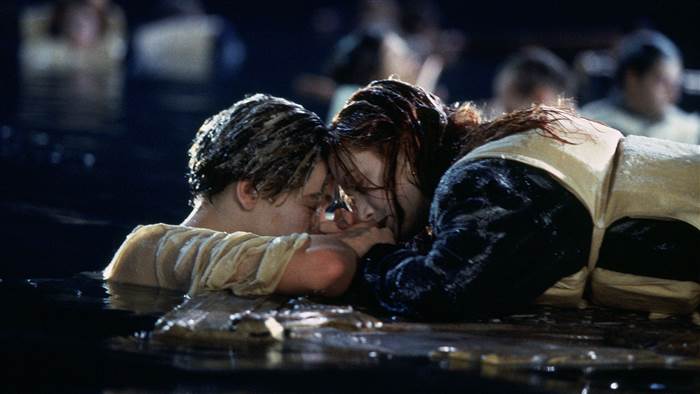 Twenty years ago we all swooned as Leo and Kate stole our hearts on board the Titanic. Oh how we wished we could be Rose, “flying” on the front of the icy ocean liner in the arms of the ever-adorable Jack. Aww. If Titanic is an old school fave of yours, then you’re in luck. Seriously. Take a look at the magical happening that’s celebrating the 20th anniversary of the film’s debut.

As if Titanic wasn’t filled with its own brand of awesomeness 20 years ago, it’s about to get better. No, there’s not an alternative ending where Rose moves over on that wooden door and lets Jack on, too. Come on Rose, we all know that there was enough room for two. Even though Titanic isn’t getting a major overhaul, it is getting a techy update.

In honor of the 20th anniversary, AMC movie theaters is re-releasing Titanic for one week only, beginning December 1, so you can get your big screen fill of Jack, Rose and their not-be-romance. But leave the Littles behind. This flick has a 3 hour, 14 minute run time.

What’s your favorite part of Titanic? Tell us in the comments below.