To Be or Not to Be…a Family of Five 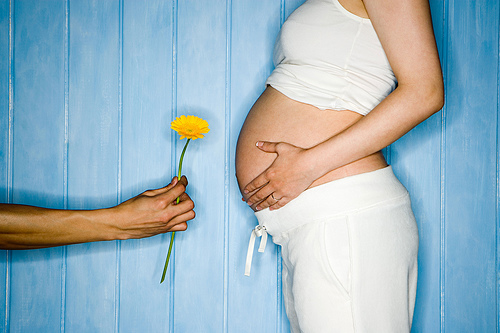 When it comes to creating little people, most of my friends fall into one of two categories: the first being those who ABSOLUTELY knew they were done having kids—they’d popped out one or two and were SO done—and the second group being parents who want a big family (we’re talking three or more) and have their eye on the prize. Then… there’s me. I can’t decide whether or not I want a third child, and I change my mind Every. Single Day.

I always knew I wanted more than one kiddo, because only having one didn’t seem right to me, but at the time, I couldn’t fathom the idea of having three, so during my second pregnancy, when anyone asked me, “Is this it for you, are you done?” my answer was always “God, yes! I am so stoked I won’t have to go through this again!” Now, those were the days of being so big I was permanently bowled over in front, the days of moving to a place where it’s so hot in the summer, I couldn’t leave my house between the hours of noon and never (more like eight o’clock, but it felt like never). Those were the days of being on pelvic rest, and making bathroom breaks every two hours, all night long. Those were the days of being so deep into the process, as incredible as it may be, that I couldn’t see past just giving birth already to the seven-pound human being that had laid claim to my body for nine months. You know, all the stuff you don’t miss too much once your sweet bundle arrives.

After C arrived, and the newborn phase was over, family life settled into a pattern. Four seemed to be a good number for us: for travel, for dinner, for going anywhere on my own, and not being so outnumbered that I’d seriously have to consider buying a leash. So for a while, I honestly felt okay with moving on from having babies, moving towards having little, and then, big kids. I was thinking about the end of sleepless nights, the end of teething (I really am SO done with teething), the end of sore nipples, or piles of bottles waiting to be deep-cleaned, the end of spit-up and gas, and all the other really hard stuff that comes with having a little baby.

Now my son is almost two-and-a-half, and as I watch him go from baby to little boy, I’m faced with the fact that I might never have another chubby little baby to call my own. I know—after hearing stories from other moms out there—that my kids were fairly easy as infants, and I’ve been fortunate enough to be at home with both of them since birth. I wouldn’t change even of the worst of days for another version of my life, but now they’re growing up, and all the hard parts about having uber-young children are fading into the distance. Now, I find myself thinking, “Wait a minute?! Those endless nights that lasted for one exhausting month after another, are over, in what now seems like a flash? That’s all the time I get with sweet little babies?”

From now on, I won’t be passing out with a warm little person on my chest, I won’t be rocking a little bundle for hours on end. There’ll be no more early morning feeding sessions with just my baby and I, or any of the other things that have been the center of my universe for the last seven years. They’ll still need me, but in a different way.

When I think about these things, a part of me says, “I want another baby. I want to do it one more time.” Yes, even the pregnancy and newborn stage. So, I’ve been thinking about having another baby. Should we? Can we afford it? Will we have to stop traveling as often? Will we pay off our debt in the same length of time? Can I manage three kids, and their lives while managing my career, and adult relationships? Usually the answer is no, and I know it in my mind, but my heart tells me differently; my heart tells me there’s room for one more.

Maybe it’s because my youngest is a toddler, and the gear is slowing disappearing, and I can’t handle the end of the baby stage. My mother says she felt the same way when my sister made the transition from baby to toddler. It’s possible I’m having these feelings because my sister-in-law just had another baby, and I’m remembering those first amazing moments of discovering a new little person. Or, is it really, truly because I feel like our family is missing the final link?

I don’t know the answer.

I do know that I love my little family just the way it is, but I also wonder, if we decide to stay a family of four, whether or not I’ll look back in 10 years and say to myself, “we should have had the third baby.” Being from a family of five, I know three is a magic number, but in reality, I also accept what I can and can’t give the two kids I already have. I know my husband would be thrilled with another kid, because our first two are pretty awesome, but, as a guy who’s turning the big 4-0 this summer, he’d be totally happy to stay as we are. So basically, he’s absolutely NO HELP in this matter. ;)

I honestly don’t know what we’ll decide, and even though we have a little time, there’s not much, because once you exit the land of babyhood, it’s a long, hard road back to the center. Whatever the choice we decide to make, it’ll be okay, because it’ll become our norm, and, just like every other family, we’ll make it work. 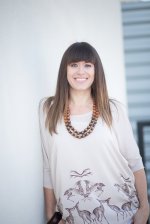 ABOUT THE WRITER Gabby Cullen
Gabby Cullen is a is Northern California native transplanted in the Dallas, Texas area. She's the proud mama of a pixie princess (2009) and a lil' man (2013). She's a reader, writer, thinker and dancer. On weekends, she can be found out and about, searching for the most awesome family adventures, or, gardening in her yard.
MORE FROM Gabby:
photo: Thomas Pompernigg via flickr
Red Tricycle > Spoke Contributor Network > To Be or Not to Be…a Family of Five