Are you ready for some football? NFL Kickoff is a highly anticipated event that signifies the change of seasons and sprint toward the holidays. Now Tostitos  is helping fans be homegate heroes by bringing the roar of the stadium home during a time when fans truly miss the joy of tailgates, crowded bars and rowdy stadiums.

Frito-Lay North America is rolling out its 2020 NFL Kickoff campaigns, anchored by a star-studded TV commercial creatively themed “‘Twas the Night Before Kickoff,” relating the sense of wonder and excitement of the night before Christmas from the original iconic poem to the night before NFL Kickoff. Picture Tom Brady and Rob Gronkowski in pajamas giddy with glee. The portfolio campaign leads Frito-Lay’s return to NFL Kickoff that also includes programming from Tostitos, the Official Chip & Dip of the NFL.

“There’s something magical about NFL Kickoff that truly evokes this sense of excitement and anticipation — it’s a time when fans can set their hopes and dreams for their team,” said Rachel Ferdinando, SVP and CMO, Frito-Lay North America. “This year, the return of the NFL matters more than ever. America is looking for a sense of normalcy, and the return of one of the country’s largest cultural events is sure to provide that joy. Our campaign is meant to tap into the excitement and anticipation kickoff provides and evoke some of the same magical feelings we have during the holiday season.” 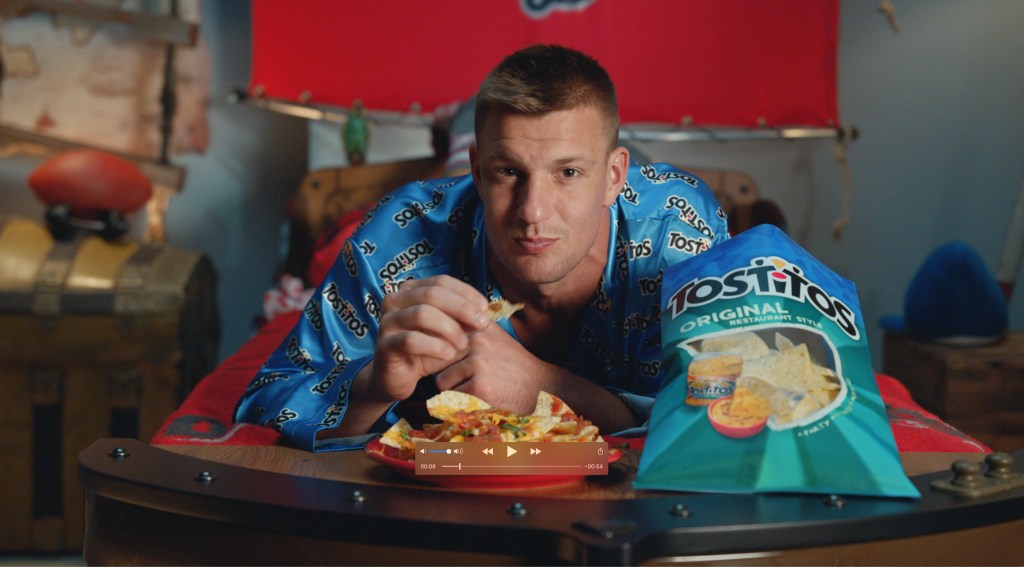 Frito-Lay is rolling out its 2020 NFL Kickoff campaigns, anchored by a star-studded TV commercial, “’Twas the Night Before Kickoff,” relating the sense of wonder and excitement of the night before Christmas to the night before NFL Kickoff. The hilarious commercial features NFL pros and legends, including Tom Brady and Rob Gronkowski — both starring in their first commercial in a Tampa Bay uniform — Tony Romo, Dak Prescott, Ezekiel Elliott, Katie Sowers and Marshawn Lynch. 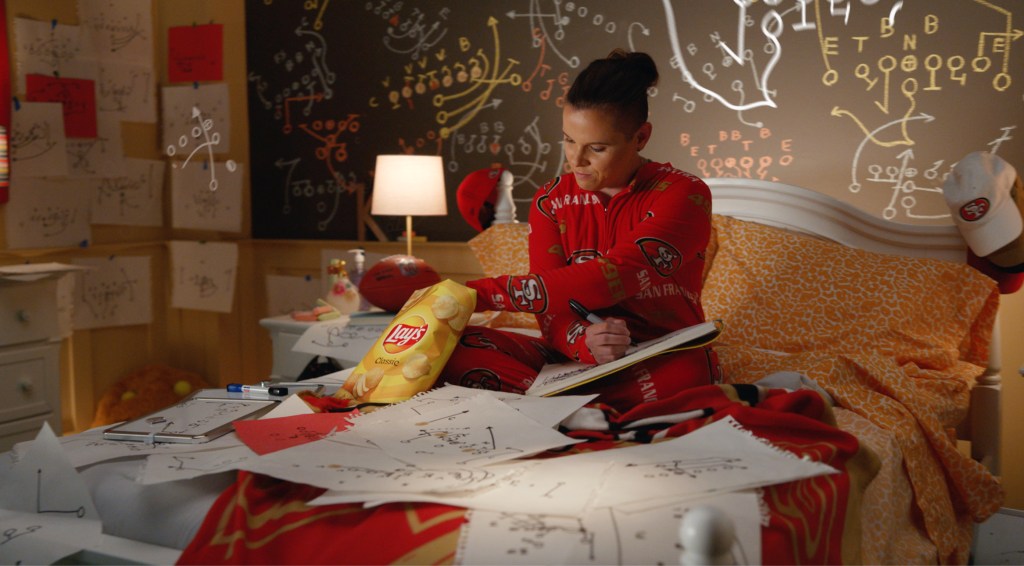 Directed by renowned director Peter Berg, it will air during the NFL season kick off game between the Kansas City Chiefs and Houston Texans on Sept. 10 on NBC. 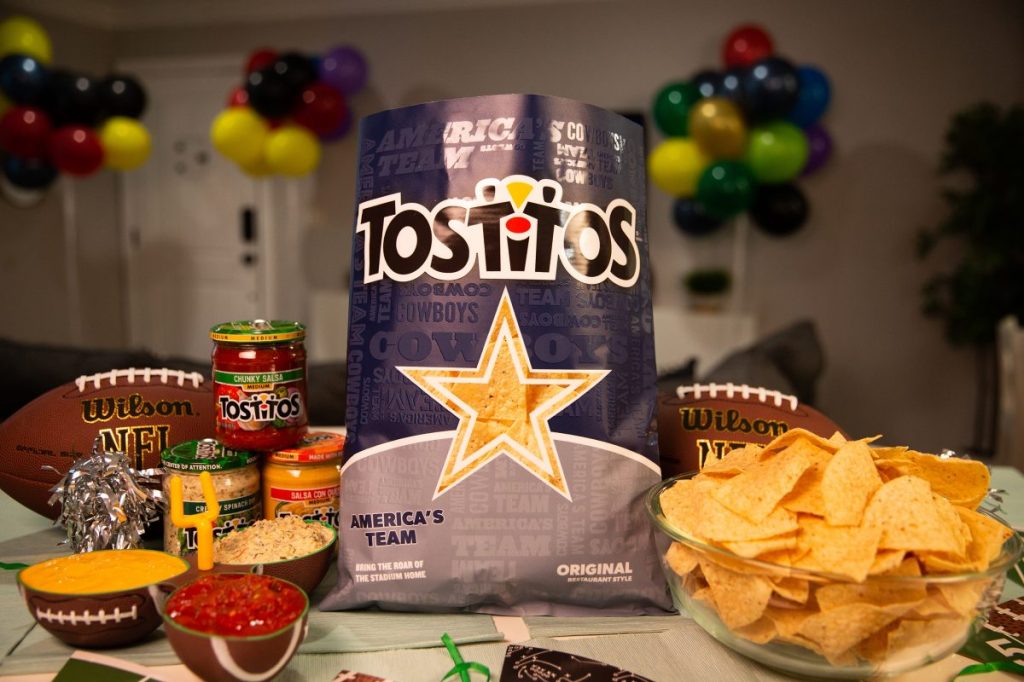 To celebrate the launch of the innovative FanTrack bags, Tostitos is partnering with Dallas Cowboys quarterback Dak Prescott to share his tips for hosting the ultimate NFL homegate. “Football is returning at a time when fans and players need it most, and I’m thrilled to partner with Tostitos to make this season feel as normal and exhilarating as possible,” said Prescott.

They’ll be available to hundreds of fans nationwide via a Twitter giveaway. To score a bag, fans can enter to win by tweeting @Tostitos using #HomegateHeroEntry and tagging their favorite FanTrack bag NFL team.

All photos courtesy of Frito-Lay

This Pro Football Player Just Wiped Out Over $7,000 of School Lunch Debt