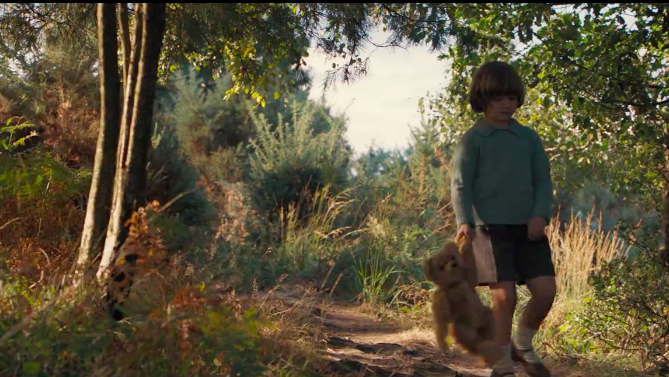 If you’ve heard there’s a new Winnie the Pooh movie coming to theaters, you’re probably envisioning something animated and sweet, starring your favorite “bear of very little brains.” But the new Pooh movie isn’t really a Pooh movie at all; it’s an A.A. Milne movie. And it’s not for kids.

The first trailer for Goodbye Christopher Robin, a biopic that tells the real-life tale of Pooh’s creator, was just released and, by the looks of it, it’s going to be magical.

The film stars Domhnall Gleeson as Milne, Margot Robbie as his wife Daphne and adorable newcomer Will Tilston as Christopher Robin, and explores the relationship between Milne (who is suffering from post-traumatic stress after World War 1) and his son, whose toys inspired the magical world where Pooh and his lovable gang of stuffed pals came to life.

“Life is full of frightful things,” Milne’s wife tells him in the film. “The great thing is to find something to be happy about.”

The movie will be released October 13. Click below to see the trailer for yourself.

Are you excited to see this movie? Tell us in the comments below.