As a new mom, you’ve probably been told that your baby needs to get in some tummy time each day to avoid developing a flat head and build proper head control. However, new studies show that many babies still aren’t meeting head control development guidelines by a set age. Researchers hope that a new tummy time cheat sheet will help.

Flat heads have become a very normal condition since the “Back to Sleep” campaign was developed as the recommended method of putting babies down to sleep: always on their backs, never on their bellies. Even so, developing a flat spot isn’t just about aesthetics, it can also lead to bigger problems. 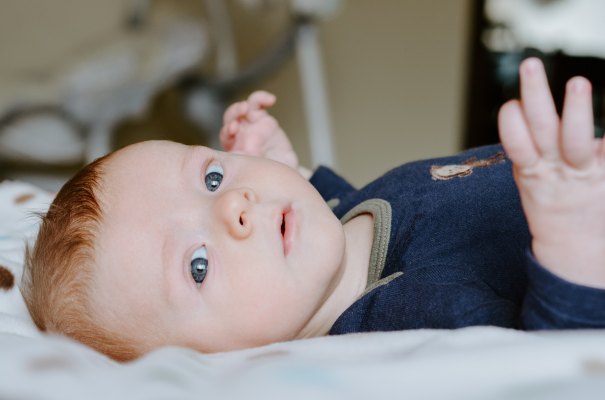 A new study from the University of Melbourne confirmed that babies who develop a flat spot are more likely to have poor head control. The researchers found that of the babies being treated in their clinic, 52 percent of seven-month-olds were not meeting pull-to-sit development guidelines for head control. 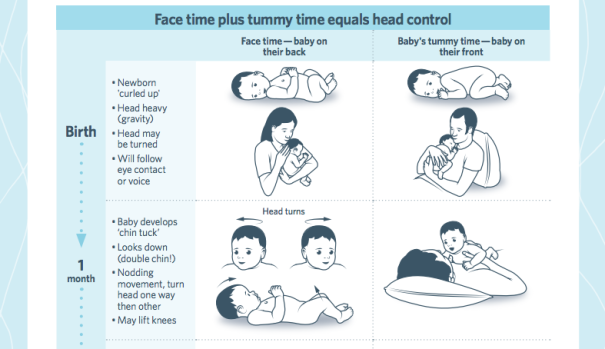 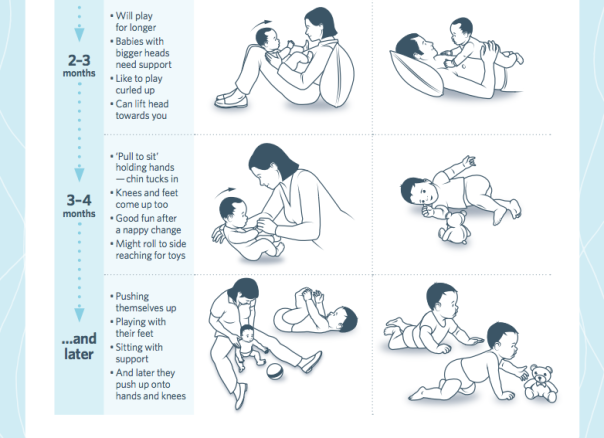 The chart gives helpful illustrations and tips, like the fact that tummy time can take place on a parent’s chest instead of the floor. It also breaks down exercises by ages from birth to three months, so that you can change things up as your baby grows.

“Many new parents follow advice to ‘position’ their resting baby with their head on one side, then on the other side, when we need to encourage babies to be active, to move themselves by engaging with them from birth," Williams said.