8 Easy Games to Play in the Twilight

There’s something undeniably magical about that time just after the sun sets but before dark settles in—and it’s not just because the mosquitos aren’t out in full force yet. Take advantage of the lingering light of day (hint: you’ll tire the kids out before bedtime!) with these twilight games. They’re so fun you’re going to want to join in, too. Scroll down to see them all. 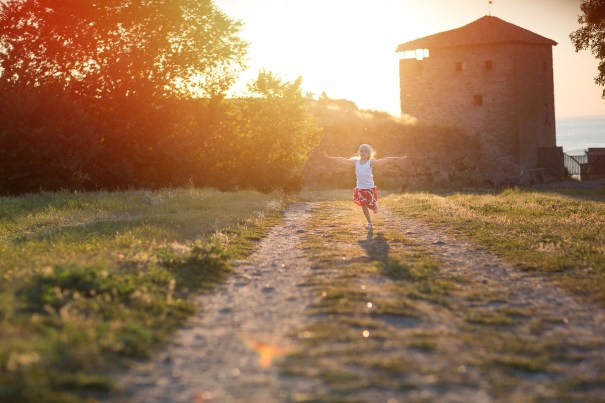 Like hide-and-seek, but in the opposite direction, if you're playing with little kids, consider sending them out in pairs of two to hide. Then, have the rest of the players count to 50, then let them loose. As kids find the hiding players, they squeeze into the same hiding spot, until all the players are squished together like a can of sardines! The kids who discovered the pair first get to hide during the next round, and so on.

Your favorite party game is fun at dusk, too. Grab a flashlight, a group of kids and have them act out their favorite movies, characters, TV shows or book.

Don't put that flashlight away! Use it to play a few rounds of flashlight limbo. Simply grab a speaker, stream your families favorite tunes as the "limbo stick" holder lowers the beam of light lower, lower, low! 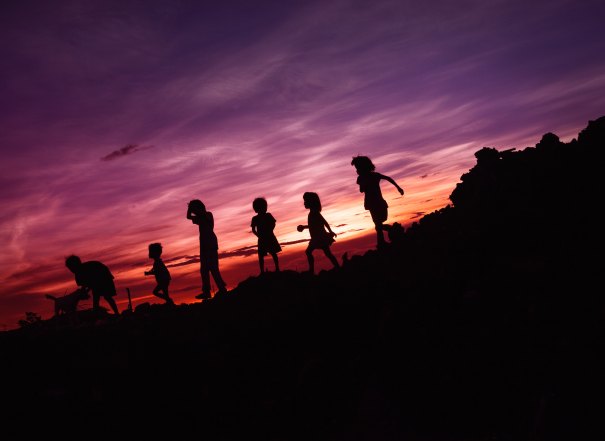 4. Ghost In the Graveyard

This classic summertime game adds a little extra thrill to the average round of hide-and-seek.

Choose your players and your boundaries: This one is best for a group of at least 3 neighborhood kids or friends. More is better. Pick front or backyards, a park field, etc. Just be sure everyone knows and agrees on the borders. Be sure and designate a spot as home base, where you need to get when the ghost is discovered. It should be large enough that the whole group can touch it, stand on it, etc.

Get It: Choose an “it” to be the first ghost. (The next round’s “it” is designated as the last person to reach the safe zone of home base.) While everyone but the ghost stays at home base and counts without looking, the ghost hides. The rest of the group counts: One o'clock, two o’clock, three o’clock, etc. up to 11 o’clock. When you reach midnight, chant: “Midnight!/The time is right/All ghosts come out tonight!”

Hunt your ghost: Now all the players except the hiding ghost venture away from “home” while looking for the ghost. Split up, and scan as much space as you can. As soon as someone spots the ghost, they shout as loud as they can, “Ghost in the graveyard!” Now everyone must get back to the safe zone before the ghost tags them.

Perfect for a forested glen or even indoors as the light is fading (or in a dark room). One player is the “tourist” who is viewing the amazing statue garden. They get a flashlight.  All the other players must stay as still as a statue: they are allowed to move when the light is off, but as soon as the tourist turns the flashlight on they must stay still. When the flashlight is on the statue, the tourist tries to make the statue giggle or wiggle. If they do, they join the tourist’s team and go tour for the next statue. 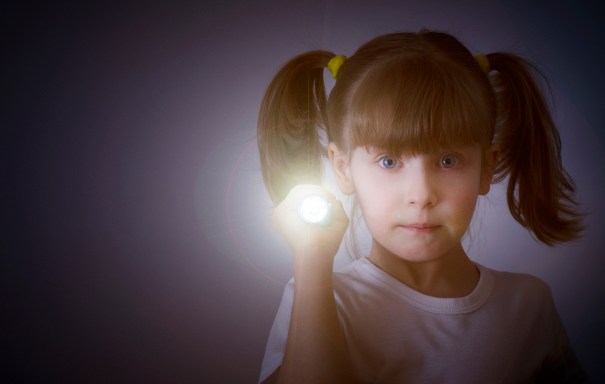 This is your basic game of tag, but instead of having to touch the person to make them it, you use your flashlight to try and “catch” them.

In the fading light, an ordinary scavenger hunt takes on an exciting new dimension. Create clues and riddles for the players to solve together along the way, leaving each one at the sight of the last riddle's solution. Give the group a flashlight to help spot tricky hidden clues. This one is great because you can actually set it up during daylight hours while the kids are busy splashing around and won't notice your stealthy moves.

Use glow-sticks to illuminate plastic water bottles. Now line 'em up and try to strike them down with a small kickball, rubber ball or tennis ball. Use bottles with water (or add after you've rinsed and placed glow sticks in). You can adjust how much water you put in to make it easier (or harder) to knock them over. You can also try glow-ring toss. Just set up a stick in the ground and toss glow bracelets or necklaces around it. Like horseshoes, but with glowsticks!

Glowing Good Night: 9 Ways to Play in the Dark

The Summer Nights I Want My Kids to Remember 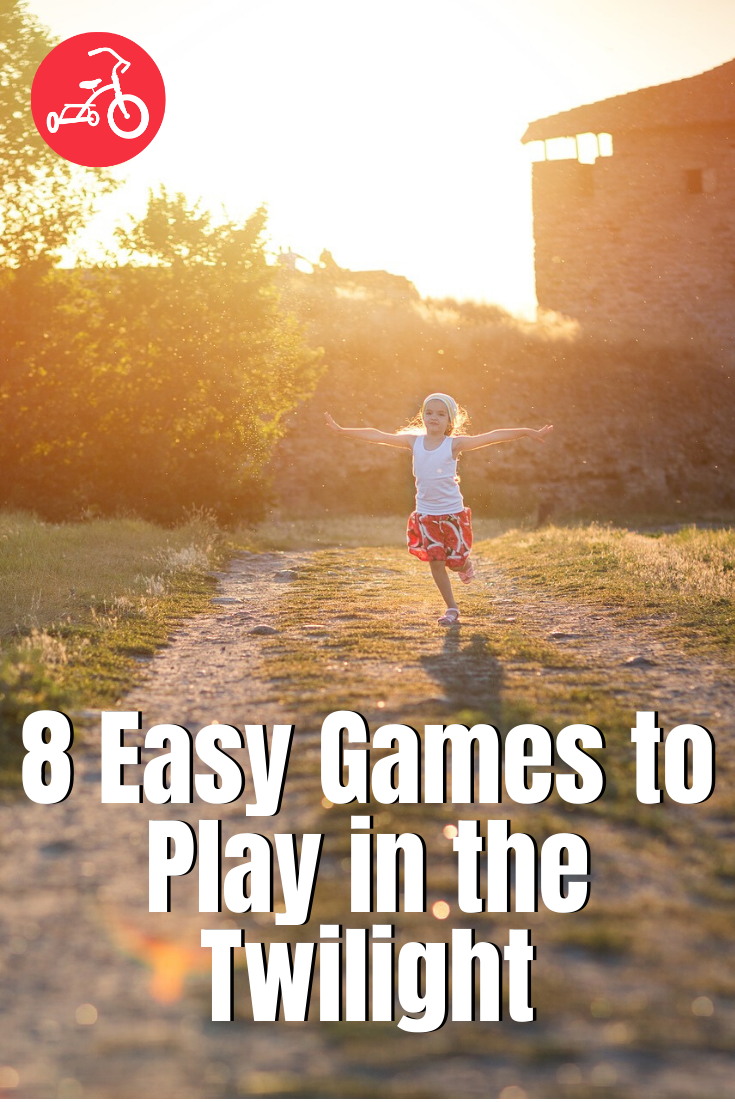