Two Good, the Danone yogurt brand, just launched the yogurt industry’s first-ever one for one program called One Cup, Less Hunger. For every cup of yogurt purchased, Two Good is donating a cup of food in partnership with food rescue organizations City Harvest and We Don’t Waste. The program launched on the heels of Two Good’s 2020 Earth Week activation, during which the brand donated $100,000 from profits made at select partner retailers to these same food rescue organizations.

Food insecurity is at a high with 1 in 6 Americans facing hunger during the pandemic. Food rescue initiatives are especially important. August also saw the end of the federal CARES Act, which left many families in a lurch. For kids who are returning to virtual classes, 27% of parents say they cannot afford the breakfasts/lunches for their children that their schools would have provided before the pandemic. As students return to school in-person and online, 10% of families report that daily meals are causing them to incur education-related debt. 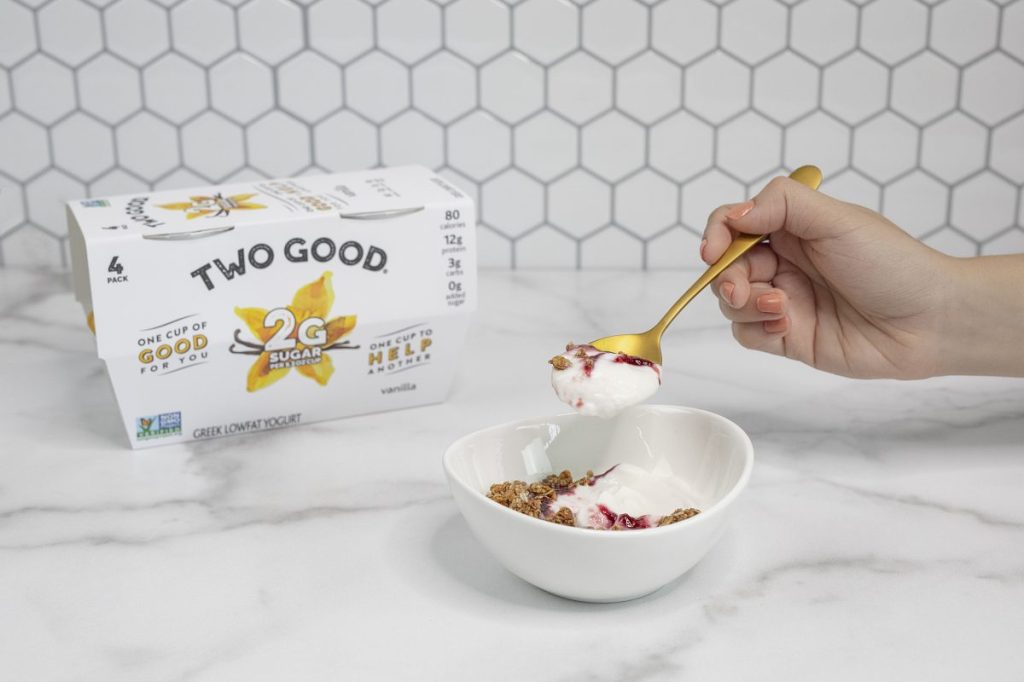 Through this program, Two Good is empowering consumers to vote with their dollar which, based on current sales trends, is estimated to allow for 46 million pounds of food to be rescued, providing 28 million meals to those who need them across the U.S.

Other food brands are stepping up right now to help fight food insecurity and hunger at this pivotal moment during what would normally be “back to school season,” including:

Cheerios: Donated $1.3M to No Kid Hungry and partnered with Jerry Harris

SnackNation: For every box sold, SnackNation is donating one meal to families in need, in partnership with Feeding America

Danone North America estimates that the annual impact of Two Good’s One Cup, Less Hunger program will allow for 46 million pounds of food to be rescued, providing 28 million meals to those who need them across the U.S.4 By redirecting this food, the program also helps avoid the emission of greenhouse gases (GHG) that would have resulted if the food was wasted. When considering all of the GHG emissions that go into producing, processing, transporting and disposing of food, what we are helping rescue has a footprint equivalent to the annual impact of over 10,000 cars, or approximately 5.5 million gallons of gasoline burned. 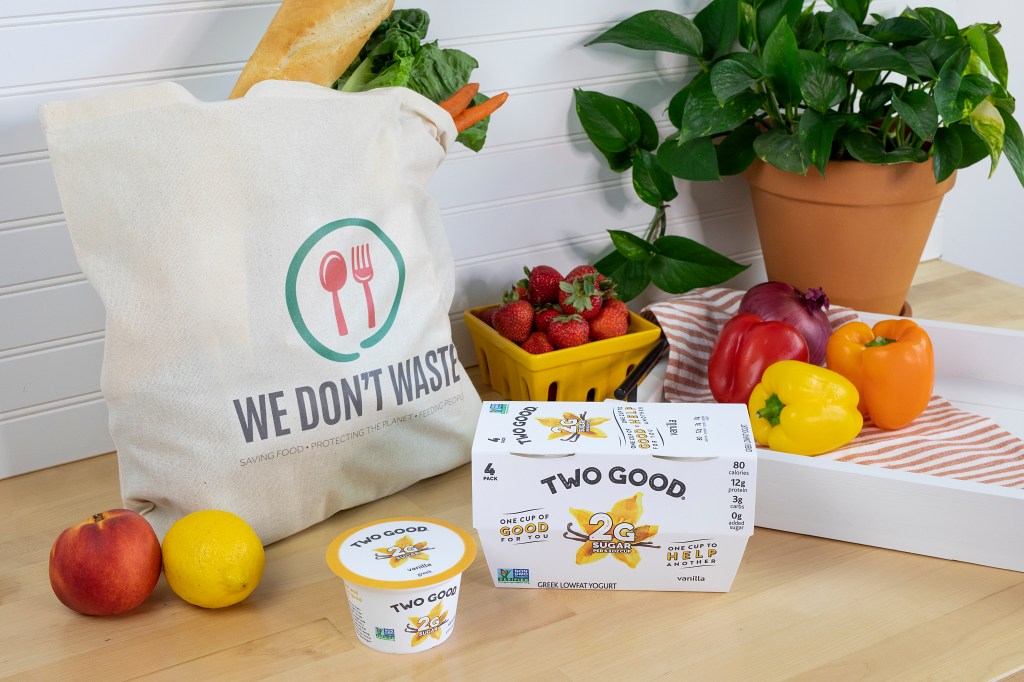 “Two Good is introducing the yogurt industry’s first one for one program, which will be in support of the increasingly urgent issues in our country that are food insecurity and food waste,” shared Pedro Silveira, President, U.S. Yogurt, Danone North America. “Launched last year, Two Good was a breakthrough innovation in the yogurt category with its 2g of total sugar per serving and a delicious taste, aligned to its promise of ‘do more with less.’ We launched our social purpose to support food rescue organizations earlier this year during our Earth Week program, and are committed to expanding the impact our business can make when it comes to food waste and hunger.”

As part of the world’s largest Certified B Corporation, Danone North America, Two Good is critical to the mission of bringing health through food to as many people as possible. Since its introduction to the market in 2019, Two Good has cultivated high loyalty among the brand’s consumers — in fact, 23% of people who have tried Two Good would not buy another yogurt if the product wasn’t available (versus a 4% equivalent figure for a close competitor). As a result, Two Good recently surpassed $100 million in retail sales.

“Since the start of the COVID-19 crisis, City Harvest has ramped up our operations significantly in order to meet the overwhelming need for emergency food we are seeing across New York City,” said Rebecca Fontes, Director of Business Partnerships at City Harvest. “With unemployment at an all-time high, it’s projected that food insecurity will balloon by 38% among New Yorkers, and 49% among New York City children. We are incredibly thankful for Danone North America’s support as we continue to rescue and deliver food for our neighbors in need during these unprecedented times.”

“With this partnership, we will expand our mission of feeding those who are food insecure in the community and continue to keep millions of pounds of high-quality food out of the landfill,” shared Arlan Preblud, Executive Director of We Don’t Waste. “To be selected by Danone North America is a game-changer for our hunger-fighting network and we are honored to be part of the One for One program.”

Underscoring the significance of Two Good’s One Cup, Less Hunger program, the brand is adding its commitment to every pack of yogurt in-stores beginning on October 1, 2020. For more information about Two Good, please visit www.goodyogurt.com.

All photos courtesy of Danone

How to Help Others (& Yourself) During Social Distancing